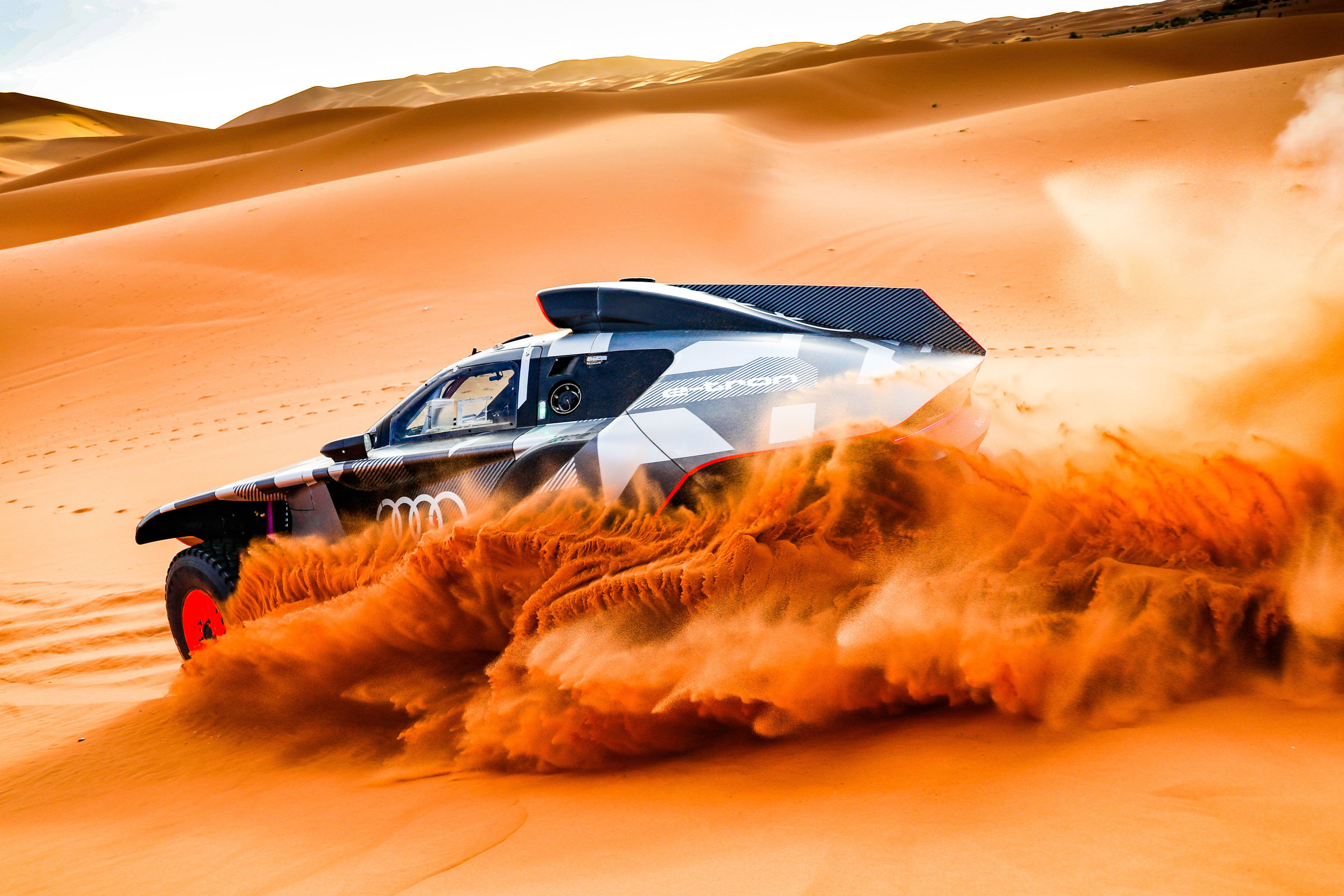 Audi Sport took another step towards the Dakar Rally in the second week of November. At the second test in Morocco, Mattias Ekström/Emil Bergkvist, Stéphane Peterhansel/Edouard Boulanger and Carlos Sainz/Lucas Cruz took turns in the cockpit of the Audi RS Q e-tron.

High-speed tracks, gravel roads, dune mountains, dried-out river beds: Audi’s innovative prototype for the Dakar Rally was spared nothing during its second test in Morocco. Within an extremely tight project timeframe of little more than twelve months, the team has developed the RS Q e-tron to such an extent that it can now handle daily off-road distances in testing equalling the length of a Dakar stage. Still, many challenges remain between now and January. “The entire team is focusing its energy on continuing the development under the toughest conditions,” says Arnau Niubo, Head of Test Engineering. “It was impressive how important findings flowed back to Neuburg from Morocco at a daily pace. As a result, our three rally cars currently under construction for the Dakar Rally will have the latest technical status. At the same time, logistical preparations are in full swing.” 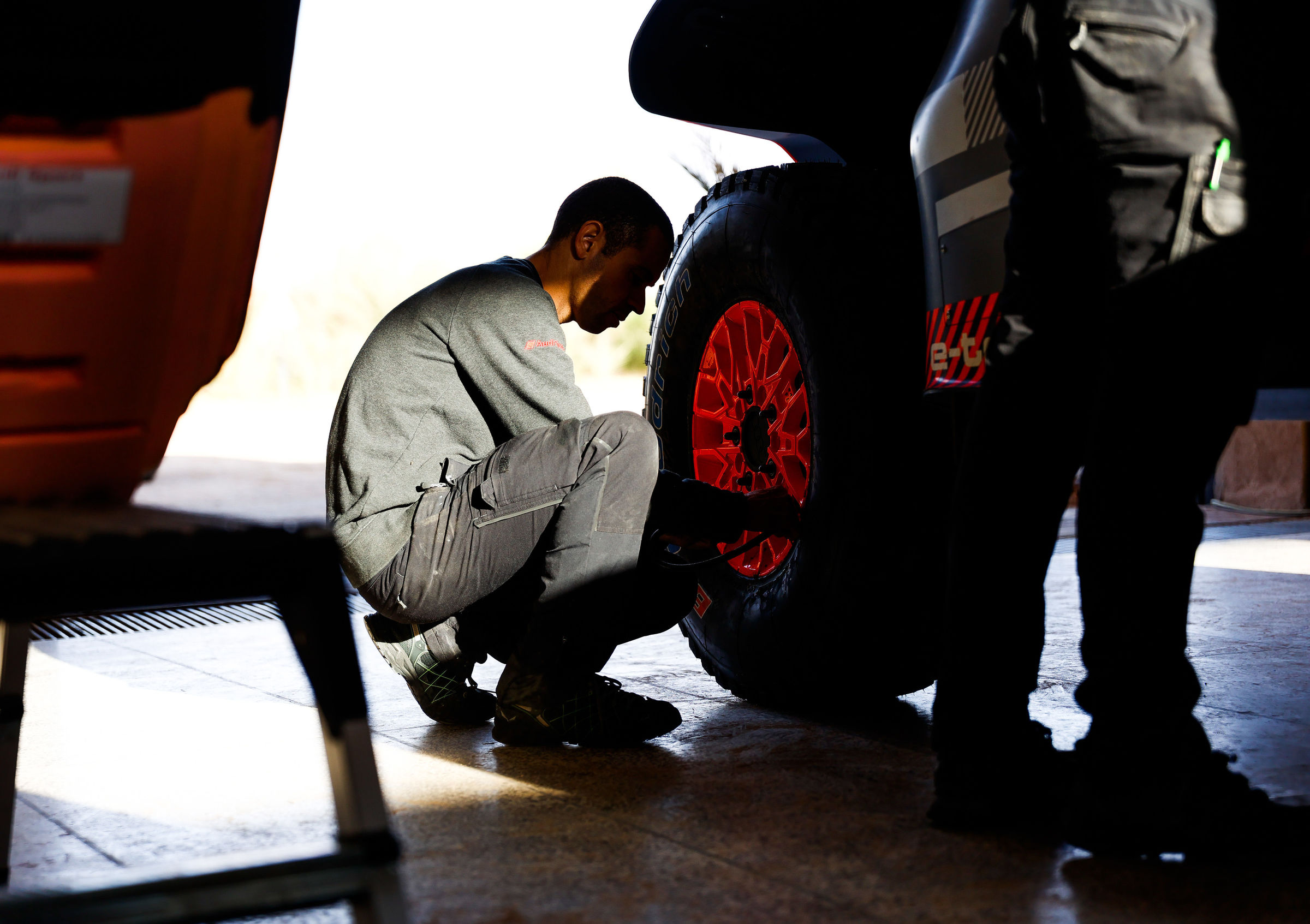 In the race against time and against bottlenecks in the supply of individual components in the pandemic, the team reeled off a concentrated program. The three driver teams moved the prototype with chassis number 103 a total of more than 2,500 kilometers through the toughest terrain. The various system tests included the engineers imposing artificially high temperatures on the RS Q e-tron: Stéphane Peterhansel moved the desert racer through a dry riverbed with the cooling air intakes deliberately taped off to simulate high outside temperatures. An ordeal that the prototype with its electric drive with energy converter completed without complaint. This was not true for the entire test: Tire damage on the rocky tracks forced the Frenchman, like Mattias Ekström, to make repeated interruptions. A suspension wishbone bent by a rock, a leaking drive shaft sleeve and other components required replacement, and the bodywork needed minor repairs. Peterhansel, Ekström and Carlos Sainz also worked intensively on the chassis set-up.

Things get serious in Saudi Arabia at the end of December, when the RS Q e-tron experiences its baptism of fire at the Dakar Rally.