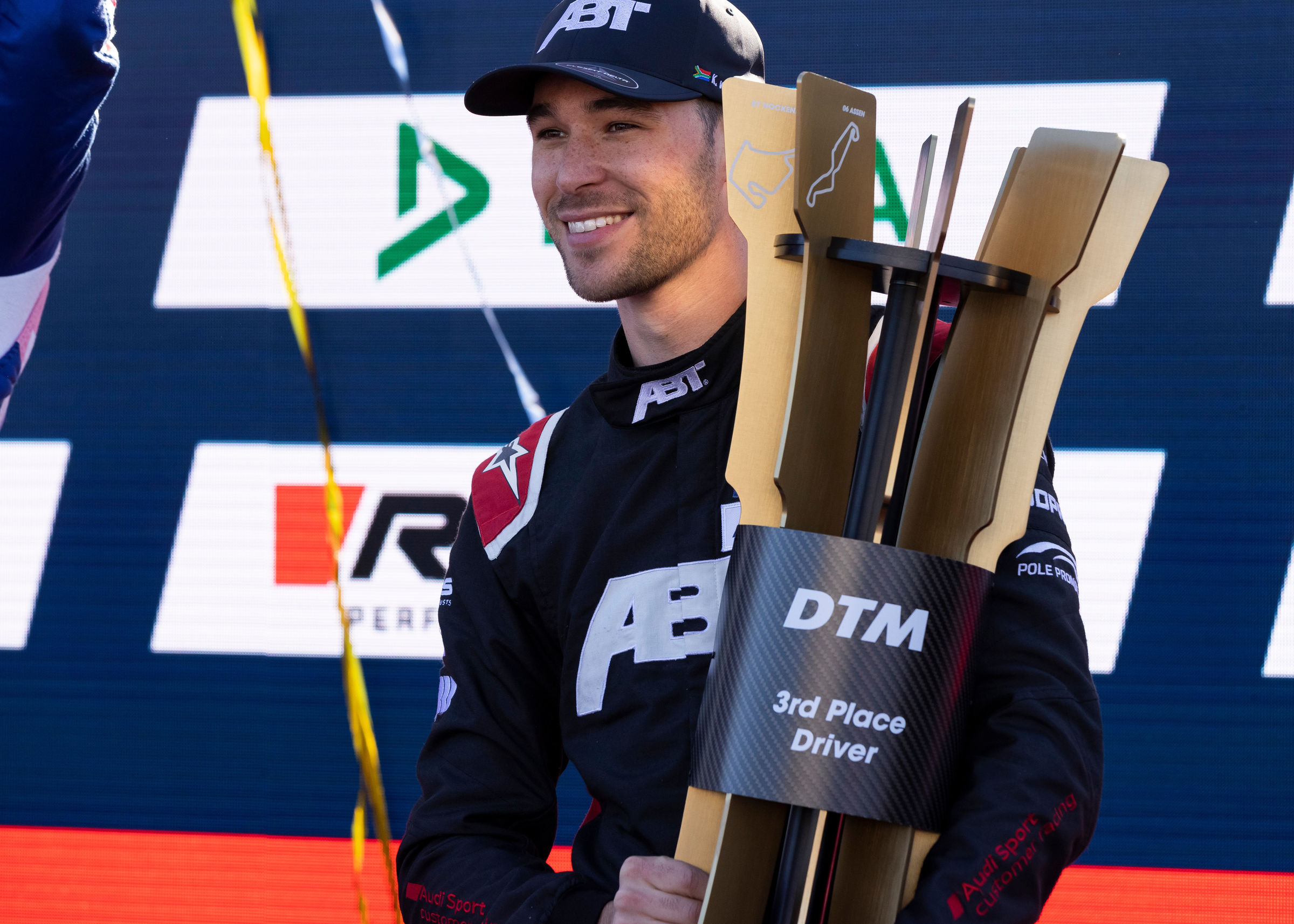 The 2021 DTM season has come to an end at the Norisring with an exciting final weekend and the title not being decided until the very last of 16 races. Kelvin van der Linde celebrates third place overall in Team ABT Sportsline’s Audi R8 LMS, while the first prominent newcomer for 2022 has already been confirmed: Audi driver and three-time DTM champion René Rast returns to the grid.

After two decades with Class 1 touring cars, the series relied on GT3 sports cars like the Audi R8 LMS for the first time. In a condensed season from mid-June to early October with 16 races at eight events in Germany and other European countries, DTM fans were thrilled at the track and in front of the TV. The TV partner SAT.1 achieved top ratings in German-speaking countries during the live broadcasts of the races with market shares of up to almost ten per cent.

“We have seen an exciting DTM season right up to the last race, in which our Audi R8 LMS played one of the leading roles,” says Julius Seebach, Managing Director of Audi Sport GmbH and responsible for motorsport at Audi. “Congratulations to Kelvin van der Linde and his team for many emotional moments as well as a brave fight for the title until the last lap. The interest of the fans, who were finally allowed back on track at the end of the season, and the strong TV figures show the continued popularity of the DTM.”

One of the protagonists of the 2021 season was Kelvin van der Linde. The South African from Team ABT Sportsline scored four victories – more than any other driver – and only had to admit defeat in the title fight in the last race. It is already clear that the youngster will also compete for the Bavarian team in 2022. Van der Linde’s team-mate Mike Rockenfeller also finished on the podium in his last DTM season for Audi. The 2013 DTM Champion is leaving Audi after 15 years to take on new challenges. “Mike celebrated many successes with our brand at Le Mans and in the DTM that we look back on fondly. We sincerely thank him for the time we spent together and wish him all the best from the bottom of our hearts,” says Julius Seebach.

Sophia Flörsch, the third regular driver in Team ABT Sportsline, also scored points in her debut year, while 2017 Formula E champion Lucas di Grassi gained his first DTM experience as a guest starter at Hockenheim and the Norisring.

Team Rosberg from Neustadt an der Weinstraße competed in this season with two Audi R8 LMS cars for Nico Müller, the 2019 and 2020 DTM runner-up, and American Dev Gore. Müller was on the podium at the opening weekend in Monza and will also compete with Audi in the 2022 DTM.

And one more personnel decision for the 2022 season has already been made: three-time DTM champion René Rast will return to the series after a year in Formula E with Audi. “René Rast and Nico Müller are currently among the best drivers on the market – and I’m very happy that we’re going into the future with both of them,” says Julius Seebach. “Besides their performance on the track, they also have everything it takes to take a team forward. It’s great to see René back in the DTM.”

The DTM Trophy, founded in 2020, has been established as a second league in 2021 that serves as a springboard for young talents. Production-based sports cars such as the Audi R8 LMS GT4 offer cost-efficient motorsport and open up the opportunity for young talents to recommend themselves for the next challenges in front of the DTM team bosses. 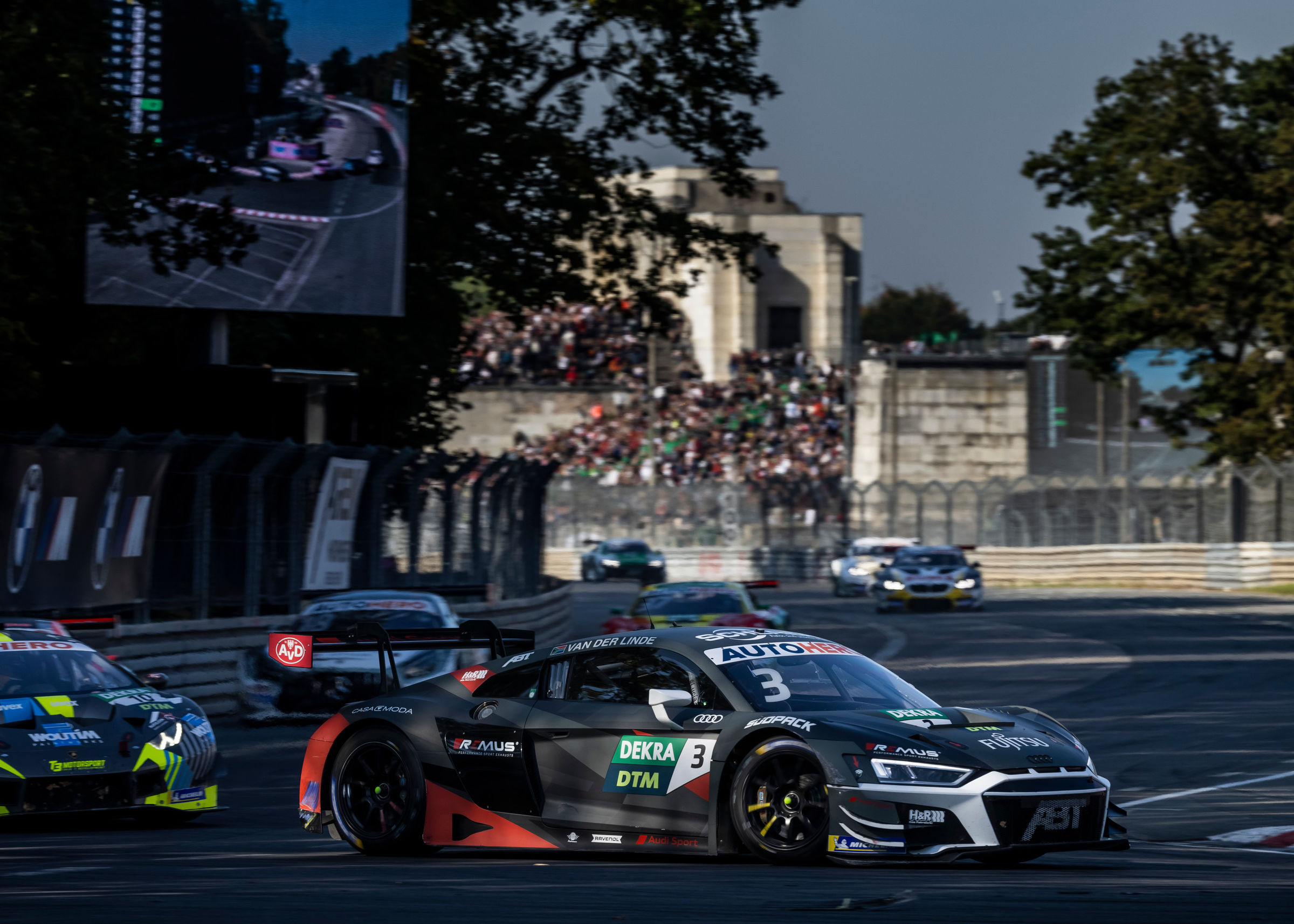