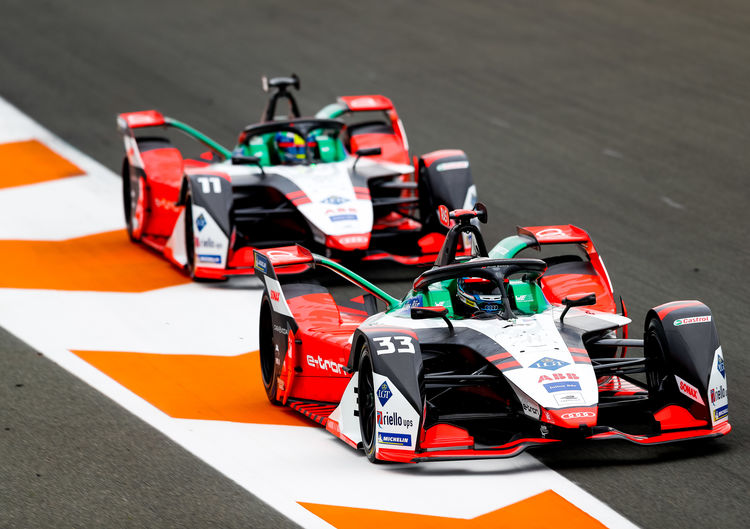 Formula E has already held races in 17 different countries and a new one will be added this weekend: Spain. On the circuit in Valencia, Lucas di Grassi and René Rast, together with the Audi Sport ABT Schaeffler team, will be fighting for the first podium finish of the still young world championship season on Saturday and Sunday.

So familiar and yet so new: Since the fourth season, Valencia has been the venue for the official pre-season test before the opening race. Like all of the other teams, Audi Sport ABT Schaeffler has completed more laps on the permanent race track than on any other circuit in the world. Now, a modified version of the track will be the venue for rounds five and six of the season. Formula E is now in a two-week rhythm: Rome just over a week ago, now Valencia, and two weeks later, it will be one of the season highlights in Monaco.

“The focus in pre-season testing is not on race preparation or a perfect set-up for qualifying, so the laps completed in Valencia don’t help us that much,” says Team Principal Allan McNish. This is especially the case, because the layout has also been changed slightly: There’s now a tight chicane at the beginning of the main straight and an additional combination of tight corners at the exit of the back straight, which will provide more action. The sporting goals, however, remain unchanged. McNish: “We clearly were disappointed not to win in Rome but that adds drive and determination for Valencia. Everyone in our team, the drivers, engineers and mechanics, is fired up for our first trophies.”

Lucas di Grassi has some catching up to do after the Brazilian lost his victory in Saturday’s race in Rome, when he came to a standstill shortly before the end of the race, and then crashed out one day later due to contact with a competitor through no fault of his own. “The weekend in Rome was a tough one that we first had to process,” says di Grassi. “On the positive side, we know that the e-tron FE07 is a car we can take to victory and that’s exactly our goal at every race. The season is long, no driver or team has pulled away yet.”

After a strong comback drive into the points on Saturday and an accident on Sunday in Rome, René Rast is looking forward to the next races. “Valencia is a completely unusual track for Formula E: There are many very fast sections, no really tight hairpins and wide run-off zones that forgive the occasional mistake,” says Rast. This is the first time that Formula E has held a race on a “real” permanent racetrack without temporary elements such as walls acting as track boundaries.

As was the case recently in Diriyah and Rome, Formula E will also hold two races during one weekend in Valencia. In Germany, Austria and Switzerland, SAT.1 will be broadcasting live from Valencia and will also show all of the free practice sessions and both qualifying sessions live on ran.de. The SAT.1 broadcast of the two races will begin at 14:25 on Saturday, followed by 13:30 on Sunday , together with the team of the presenters Andrea Kaiser and Matthias Killing. All of the international broadcasters, including broadcast times, can be found online at www.fiaformulae.com.