The Volkswagen Group created the Volkswagen Climate Day in celebration of Earth Day. The focal event is #Project1Hour, a one-hour team workshop during which all employees learn about and discuss climate change and their personal commitment to protecting the climate. AUDI AG is also carrying out further events at its locations in Ingolstadt and Neckarsulm in Germany; Brussels, Belgium; Győr, Hungary; and San José Chiapa, Mexico, as well as its various companies. This amounts to roughly 85,000 working hours in total – that’s almost ten years of commitment to a healthier climate.

“Climate protection comes through innovation – by challenging ourselves daily to rethink what we know and question the status quo. We’re not just focusing on CO2; we’re also thinking about sustainability along the entire value chain,” says Markus Duesmann, Chairman of the Board of Management of AUDI AG. “Tomorrow, it’s all about how each and every one of us can make their life more sustainable and climate-friendly. Every individual should find their own way to reduce their carbon footprint. That’s what we will be taking time to do tomorrow. I believe this to be an important investment in the future and I am very much looking forward to seeing the results.” Audi is allowing all of its employees in the entire company to participate – from technical development, production and logistics through to sales.

Numerous events at the Audi locations

Audi employees are at the heart of this year’s Earth Day. The company is honoring their voluntary commitment with a time credit for participating in the #Project1Hour workshops. The Audi Environmental Foundation is also organizing a “plogging” event at the locations in Ingolstadt and Neckarsulm in Germany. Plogging means collecting trash while jogging. Audi employees can register for the event online beforehand and will be provided with gloves and trash bags from the foundation, along with rules for coronavirus measures (maintaining distance, only plogging with members of one’s own household) and information on how to properly dispose of the trash that they collect. As it is not possible to gather for a run together, the ploggers can convene in a Teams conference call. This allows everyone to start the run as a virtual group, to talk and motivate each other.

The international locations are also taking part in #Project1Hour. Audi México is participating in the workshops. Audi Brussels will also plant a greenspace on its grounds with only native plants to foster biodiversity. Audi Hungaria is also focusing on the loss of biodiversity around the world: Employees are called on to take part in a contest for building insect hotels to kick off the “Year of Insects.” AUDI AG joined the initiative “Biodiversity in Good Company” in 2015 already in the name of all its locations. This company-led initiative works to protect biodiversity. 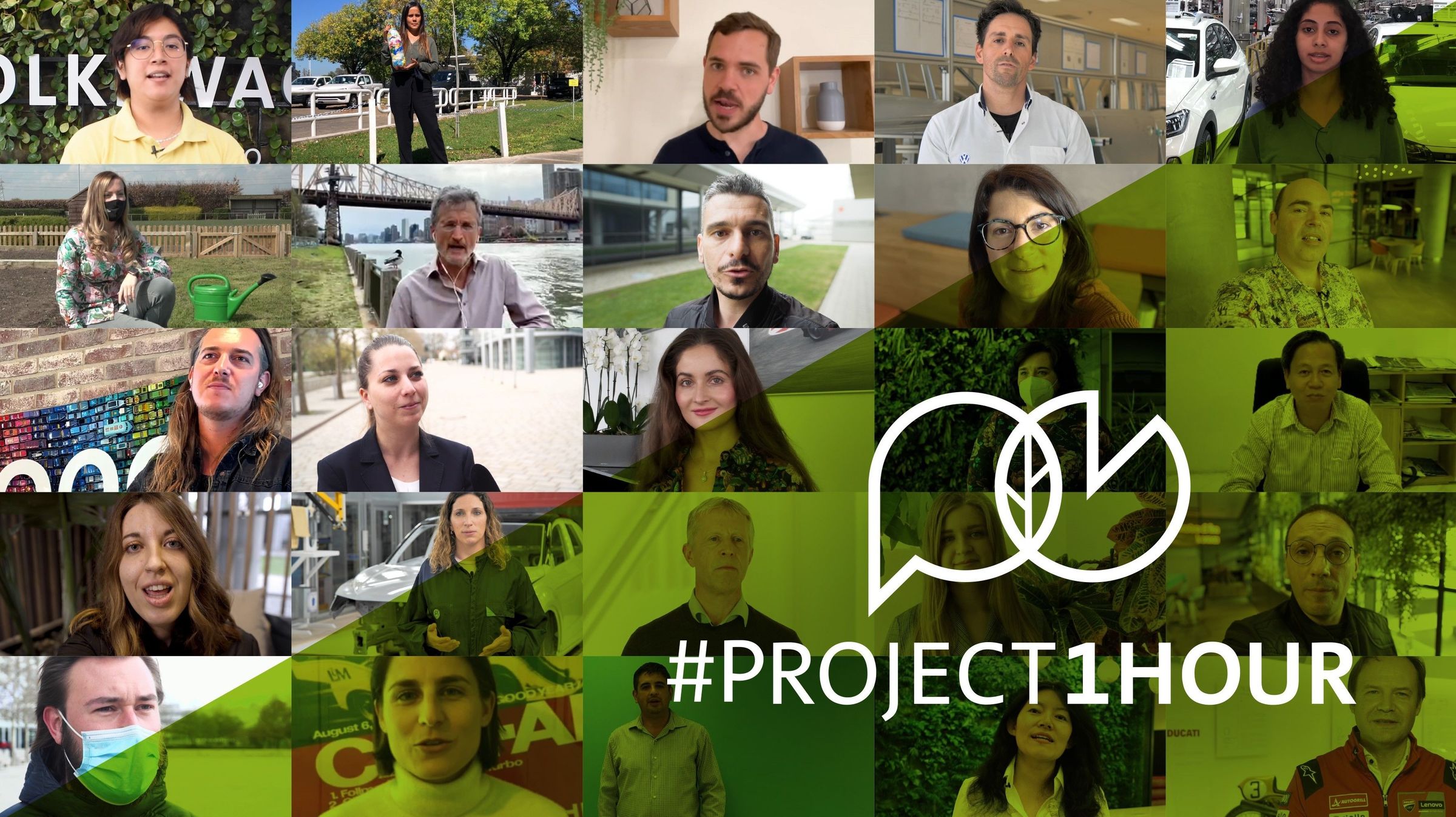 AUDI AG’s commitment is not just limited to Earth Day. As partner and primary sponsor for the state horticultural show in Ingolstadt (April 21 through October 3, 2021), Audi will present innovative drive concepts and charging technologies in the “Coodo” exhibition hall. In June and July, Audi will host technical lectures and workshops on biodiversity and circular economies as part of the horticultural show. During the GREENTECH FESTIVAL (June 16–18, 2021) the company will present, among other things, projects for resource-efficient use of plastics and will show how the lifecycle of its products will be decarbonized incrementally. Another focus for Audi is societal sustainability. In this area, the company is involved throughout the year as a “Good Corporate Citizen” in cooperations, sponsorships and donations, in particular at the production locations. Audi supports the volunteer efforts of its employees through the “Audi Volunteers” initiative, for example with the Volunteer Days at the locations in Ingolstadt and Neckarsulm. In addition, the company supports the compatiblity of family life and work as well as work and caring for family members, for example as a “Dementia Partner” in cooperation with the German Alzheimer Society.

Audi, as part of the Volkswagen Group, was one of the first automobile manufacturers to commit themselves to the Paris Climate Agreement. In the long term, Audi is pursuing a vision of carbon-neutral mobility and aims to become carbon neutral throughout the company by 2050. To do so, the company aims to operate its production sites in a net carbon-neutral manner by 2025 and to successively decarbonize its supply chain. The Audi Brussels and Audi Hungaria locations have already achieved this goal. Audi has also marked its first successes in the supply chain: For example, in 2020 alone, roughly 335,000 tons of CO2 were prevented through the use of secondary materials and green electricity in battery cell manufacturing. Audi aims to present more than 20 fully electric models by 2025 and to expand its portfolio of plug-in hybrids. To do so, Audi will double the number of fully electric models in its range in 2021. The company also fosters innovative technology for “second life” use cases, for example to put HV batteries to good use even after the end of their useful life. In addition, the company is redeveloping a former refinery site in a joint venture with the city of Ingolstadt to create the technology park IN-Campus using state-of-the-art processes. Covering a surface are of over 75 hectares, this is one of the largest redevelopment projects in Germany. Together with the Swiss company Climeworks, Audi also supports the future technology of direct air capturing (DAC): A facility in Iceland will filter 4,000 tons of CO2 from the air and mineralize it under the Earth’s crust. Climeworks will remove 1,000 tons of it from the atmosphere in Audi’s name.