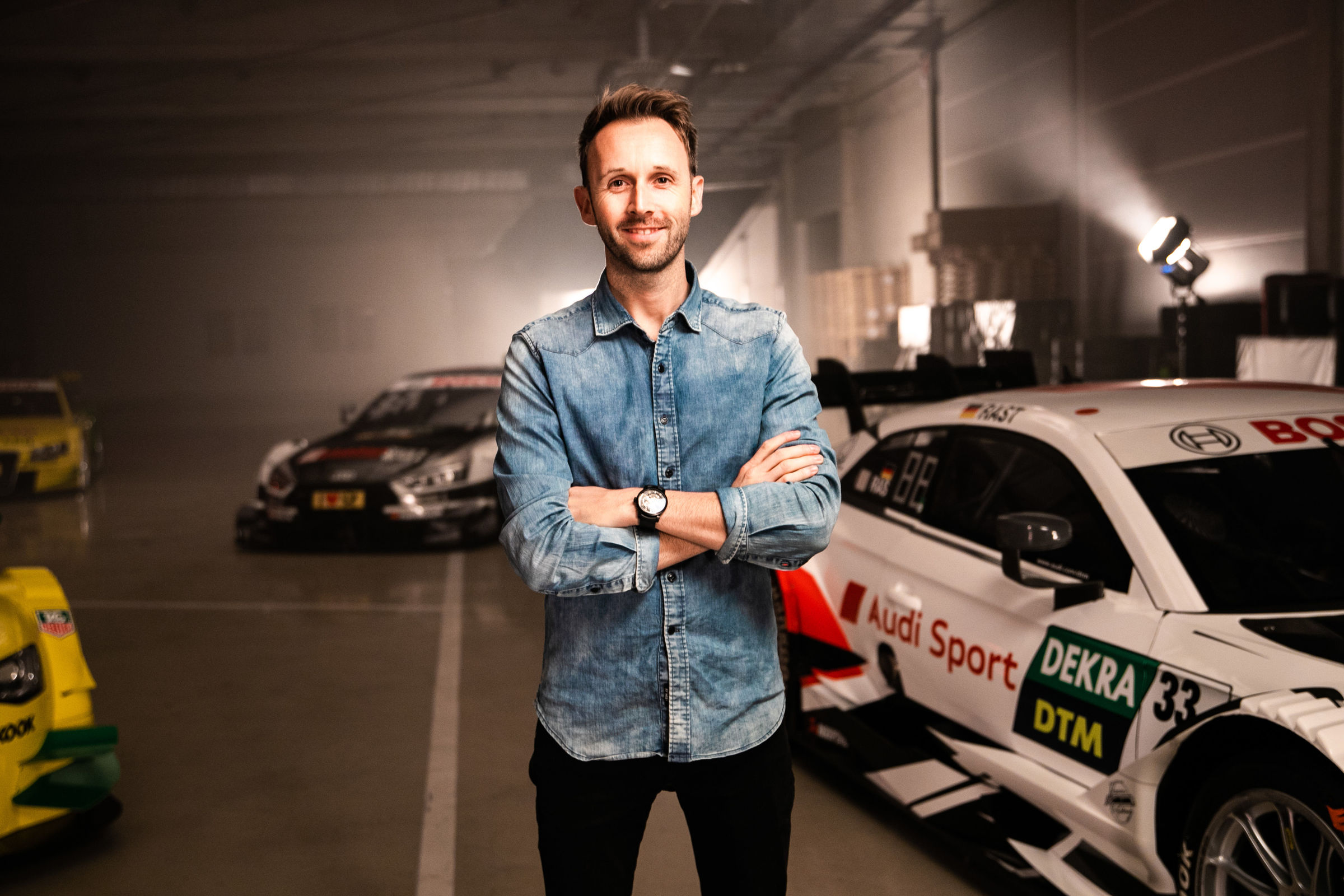 The future is electric, also for René Rast. The most successful Audi DTM driver of all time will take part in the FIA Formula E World Championship for Audi in 2021, but the 34-year-old father of a family has also already set his next goal in the DTM.

With his third title triumph in just four years, René Rast wrote DTM history at the beginning of November. The Minden-born driver, who lives in Bregenz (Austria), won 24 races in record time with the Audi RS 5 DTM, took 20 pole positions, set the fastest lap 14 times and collected 1,113 points. With 77 starts, this corresponds to an average of more than 14 points per race.

In the DTM’s eternal list of best drivers, René Rast is now tied with racing legend Klaus Ludwig in second place for championship titles. In this interview, the German explains how he spent the days after winning his third title, which goals he has for Formula E, why he remains loyal to Audi and which DTM record he still wants to break.

How does this sound: three-time DTM champion and on a par with a legend like Klaus Ludwig?

Of course, it is a very special feeling to be among the three best DTM drivers in history. I would never have dreamed of that myself. I only joined the DTM four years ago. To already be among the best DTM drivers in history is incredible. That hasn’t really sunk in for me yet either. You will probably only really notice this when you are a bit older and look back on what you have done in the past.

There are many people who are involved in winning a DTM title. Who do you especially want to thank?

To start with, of course, my father, my mother, my sister – everyone in my family who used to travel with me to the races. The people who have gone through all of this and supported me. Especially my father, who was always travelling with his motorhome. In 2005, my manager (Dennis Rostek) took over. He has stood by my side until now and has paved the way. Then of course my own little family with my girlfriend Diana, who also stands by my side when things are not going so well. Team Rosberg, which has contributed the most to the success of the last years. The mechanics and my engineers have worked day and night for four years to achieve this. And last, but not least, Audi Sport. They have given me the chance to make my dream of racing in the DTM come true after all and have provided me with awesome cars over the last four years.

How did you spend the days after winning the title?

Relatively quietly. I only spent one day at Bilster Berg and had appointments with partners there. Otherwise, I was at home and enjoyed the time with my family. I tried to relax for a few days. It was a very busy year after all. You have to work through all the things that have been left behind at home.

I received a lot of messages. You have to work through that first. I didn’t count them, but I estimate that with WhatsApp, text messages, email and all of the social networks together, there were over a thousand. Lukas Podolski, who always congratulates me on winning the title, was also there again.

You are planning to buy some of your DTM-winning cars. What is the status? What do you plan to do with the cars?

Yes and no. The championship winning-cars always go to the Audi museum. I intend to buy at least one car from each generation in which I became champion. As a souvenir, I would like to have a car with the V8 engine, the 2017 model, and a car with the four-cylinder turbo. We are still in talks about how this can be done.

How much pressure was there at the Hockenheim finale after Nico Müller won Saturday’s race?

Saturday morning, I felt more pressure. We didn’t really know then how strong we were and whether Nico (Müller) would be as superior again as what he was at the Nürburgring, for example. If Nico had dominated both races, we would have had to finish second twice. But on Saturday, we saw that we were fast in qualifying and could have won the race. So, I was much more relaxed on Sunday than on Saturday.

How much does it hurt that the Class 1 era of the DTM is over after such a short time?

It hurts a lot. These were great racing cars – true prototypes and really fast. At Spa, they were not far away from Formula 2 in terms of lap times. It’s very difficult to put these cars in a museum after only two years, but we simply have to be happy and satisfied that we were allowed to drive such race cars at all. 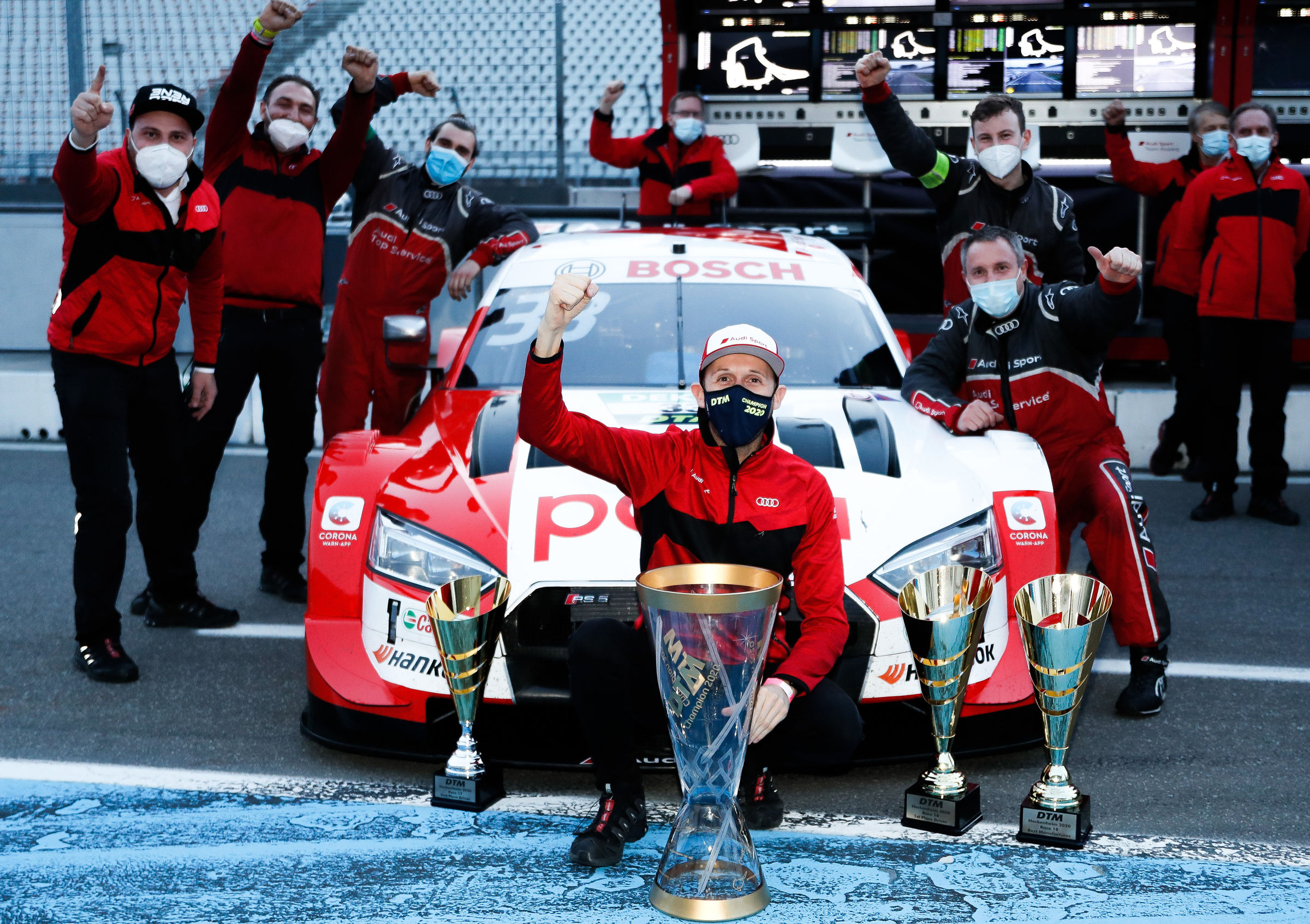 Is the DTM chapter closed for you or will we see René Rast in the GT3 DTM in 2021?

That is not quite certain yet. I would be happy if I could continue driving in the DTM. Now you have to wait and see what a double program with Formula E and DTM could look like, how many clashes there will be. But, I would love to do it again. DTM has always been my home. If I could clinch two more titles, I would be on the same level as Bernd Schneider. But, that’s not the only reason why I’d like to continue. It’s because the DTM is simply in my heart.

How do you see DTM Electric, which was presented at Hockenheim?

I think DTM Electric is very cool, also the whole concept around the DTM: DTM, DTM Trophy, DTM Electric, DTM Esports and DTM Classic. It’s a really well thought-out concept that now gives manufacturers and teams a certain amount of planning security and, with DTM Electric, also a future perspective. The cars are really powerful – 1,200 hp! Of course, it is questionable what will be left of it in terms of horsepower in 2023. But, I think the future is definitely electric. The technology will continue to develop, the cars will be lighter. We are moving with the times and we are looking forward to it.

There are still many motorsport fans who are critical about electric racing. What message do you have for them?

Of course, I can understand that many fans are critical of electric racing series. There are still many “petrol heads” who grew up with motorsport. I am also one who says: sound is cool. But, you also have to see that the times are changing. We all want to continue to see motorsport. If this is the opportunity to continue motorsport, then we should take advantage of it, especially since electric motorsport also offers fascinating races. You only have to look at Formula E. The races are always unpredictable, more exciting than any Formula 1 race. There is more happening, there is more action. It is also very demanding for the drivers.

For you it now continues seamlessly with testing and the first race of the FIA Formula E World Championship in January. What are your expectations for 2021 in Formula E?

This is difficult to say. Obviously, this is new territory for me. Apart from Berlin, I don’t know any of the other circuits. It will be a big challenge for me to get into it quickly. Above all, the events are all held in a single day. That means I have to learn extremely fast. In Berlin, you could see that, when I got into the swing of things, I clinched the third and fourth places in the last two races. That was quite alright. You can build on that, but predictions are difficult. I want to fight for podiums. You have to wait and see whether that will make it to the top 10 or top 5 in the end. That also depends on how strong we will be compared to our competitors.

According to media reports, you also had offers from other manufacturers. Why did you decide to stay loyal to Audi?

Yes, that is true. In the end, the decisive point was that I have celebrated so many successes with Audi in the past. And also the proximity to Audi. There was simply a lot to be said for Audi. Audi has always been loyal, open and fair to me. And I am convinced that the future at Audi will also offer many exciting things.

What does a three-time DTM champion wish for Christmas?

Not much. I wish for a good time with my family. Being happy and staying healthy. Relaxing and recharging my batteries. Materially, I have no wishes at all. After winning the title, I bought a new camera. I like taking pictures privately. That is my little hobby.