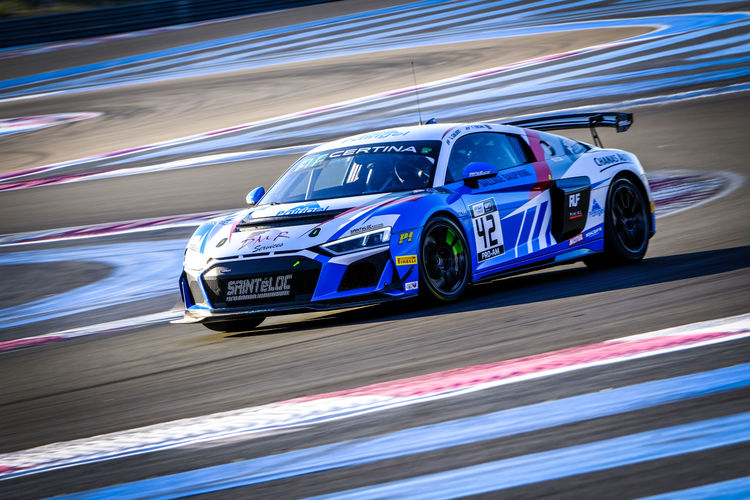 Audi’s customer teams achieved a total of four title wins in France and Italy in race series for GT4 sports cars and TCR touring cars. Podium results in Macau and Japan and a class title in American club racing rounded off the success story.

A chapter in history: Saintéloc Racing has opened a new chapter in the 24-year history of the French GT Championship with the Audi R8 LMS GT4. Never before has the same driver team won the title three times in a row. The first to achieve this were Gregory Guilvert/Fabien Michal in the Pro-Am classification at the GT4 France 2020 finale. Although the duo had to retire once and recorded a 24th place in the other race at Le Castellet, they clearly deserved the title thanks to their consistency in previous rounds. In the first ten races of the year, the two Frenchmen have always scored double-digit points, which no rival in their class has managed to do. This is already the eighth driver title worldwide for the production-based GT4 sports car, which has been available in the Audi Sport customer racing model range since 2018. With a field of 30 GT4 race cars and seven different brands, the French championship is the highest caliber national GT4 racing series in international comparison. The French Audi customer team Saintéloc Racing of Sébastien Chetail took second place in the team classification. Fullmotorsport with Christophe Hamon/Pascal Huteau achieved second place in the Am classification for teams and drivers with the Audi R8 LMS GT4. 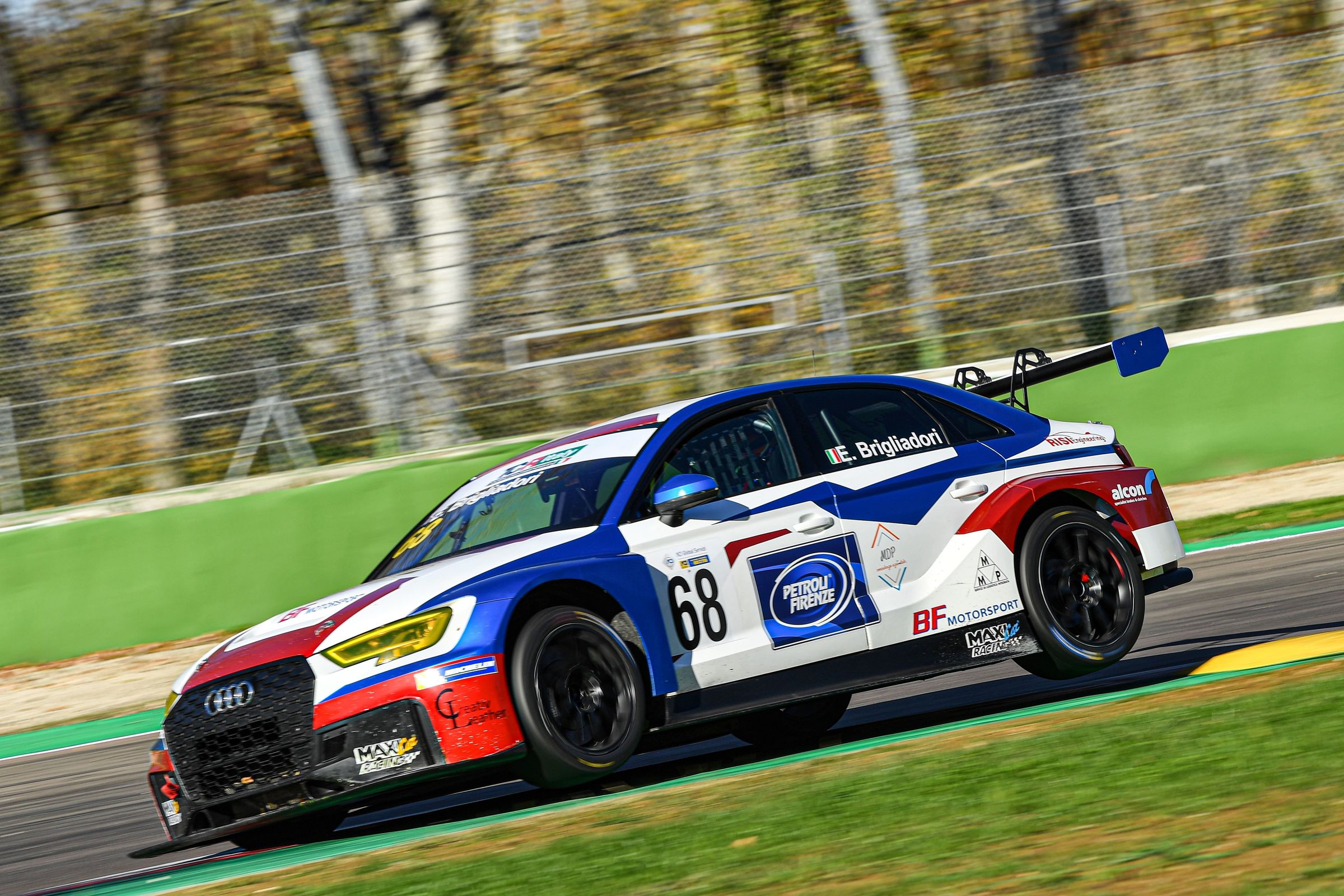 First title in TCR Italy: Subject to the decision of an appeal court and affecting another team, Eric Brigliadori is the first driver to win TCR Italy in an Audi RS 3 LMS. The junior experienced a turbulent weekend at the finale in Imola. Arriving as the leader of the standings, he lost his position at the top to title rival Salvatore Tavano after a retirement in the first sprint. In the second race Brigliadori overtook four rivals from seventh place on the grid in the first three laps alone. Two laps later he caught another car in front of him and distanced his nearest rival behind by more than 14 seconds until the finish. This put him at the top of the standings, level on points with Salvatore Tavano, but with three wins he clinched two more victories than the Cupra driver. Brigliadori’s victory in the Trofeo Nazionale for riders under 25 years of age is not under threat though. His team BF Motorsport also won the Trofeo Nazionale Team classification ahead of seven other competitors. For Audi, this success is provisionally the fourth drivers title this season with the RS 3 LMS and the 15th in the overall tally of the entry-level touring car. 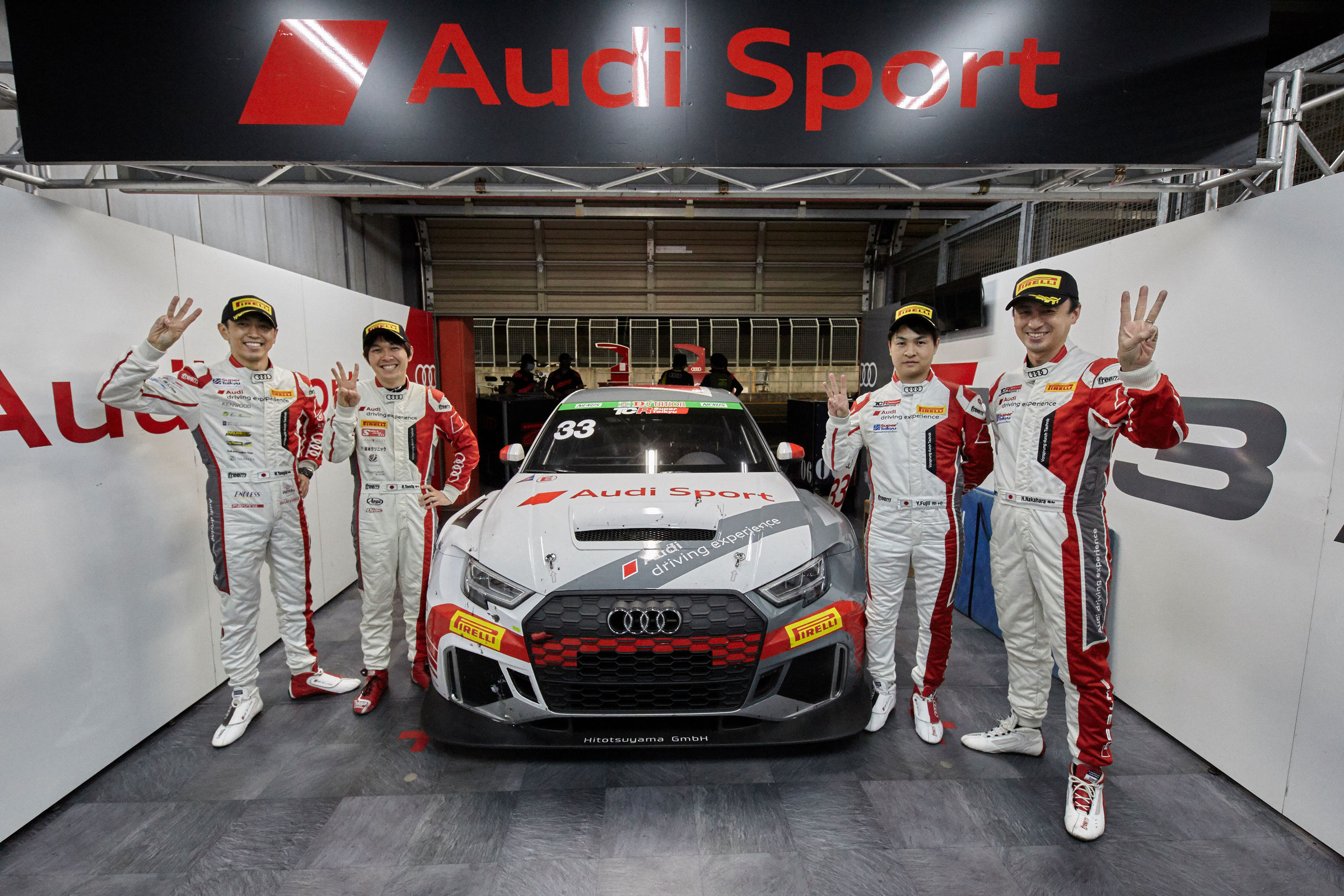 Podium at the guest start: Entered under the Audi driving experience Japan banner, Audi Team Hitotsuyama competed in the fourth round of the Super Taikyu Series with the RS 3 LMS. The team, which leads the sprint classification of TCR Japan, also proved its expertise in the five-hour endurance race. Yuki Fujii, the winner of the Audi Circuit Trial training of Audi driving experience in Japan, finished third in the TCR class at Motegi together with Hideki Nakahara, Ryuichiro Tomita and Masataka Yanagida as the best of three Audi teams. 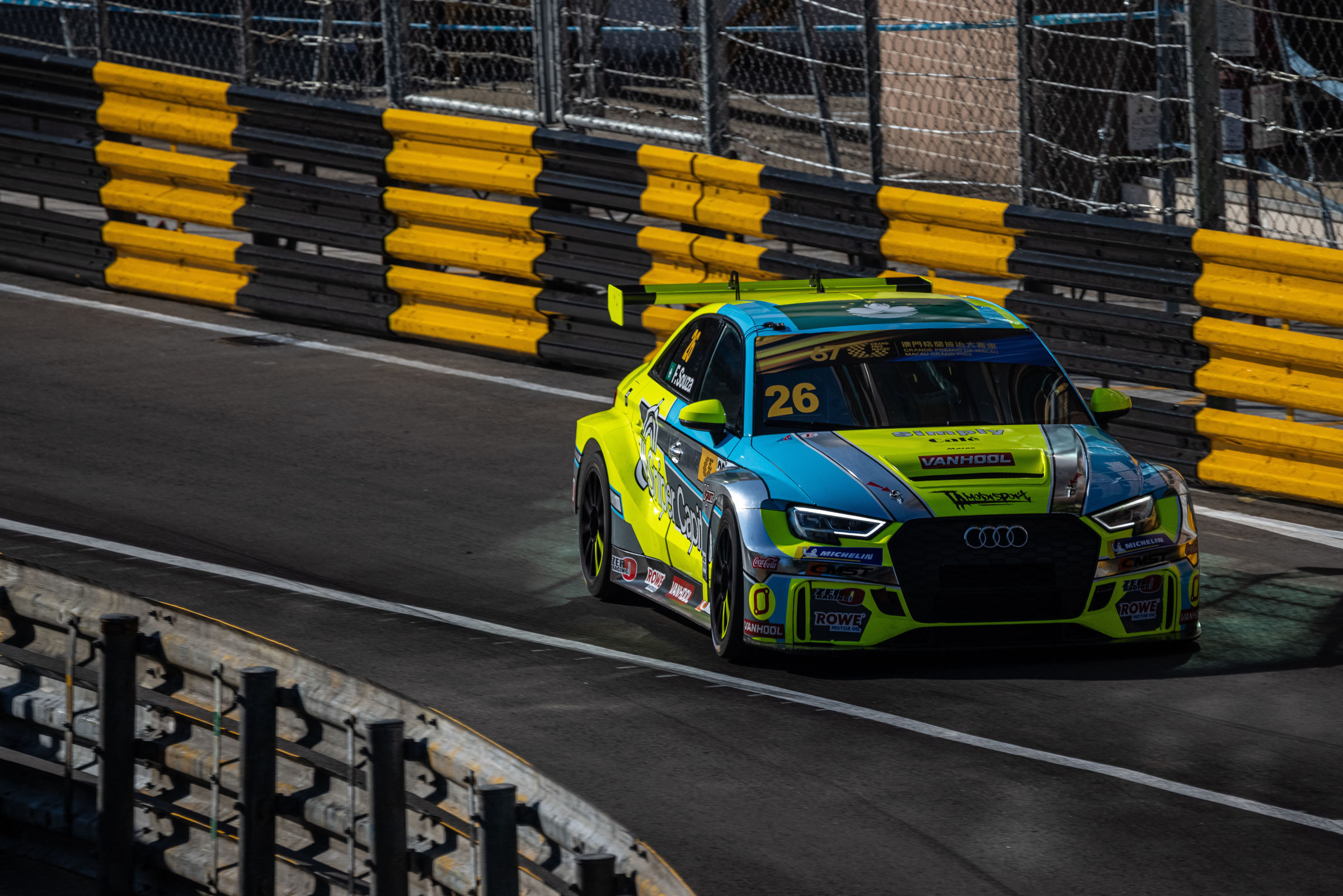 Podium in his home town: Filipe Souza achieved third place in the Macau Guia Race, which was fiercely contested between 33 TCR racing cars. The long-standing Audi customer from Macau was one of twelve drivers from the region who put their trust in the Audi RS 3 LMS. After securing third place in qualifying, he remained flawless in the subsequent qualification race and secured the trophy. The main race the following day ended with the driver from the TA Motorsport team in fourth place. He was thus once again the best Audi driver. 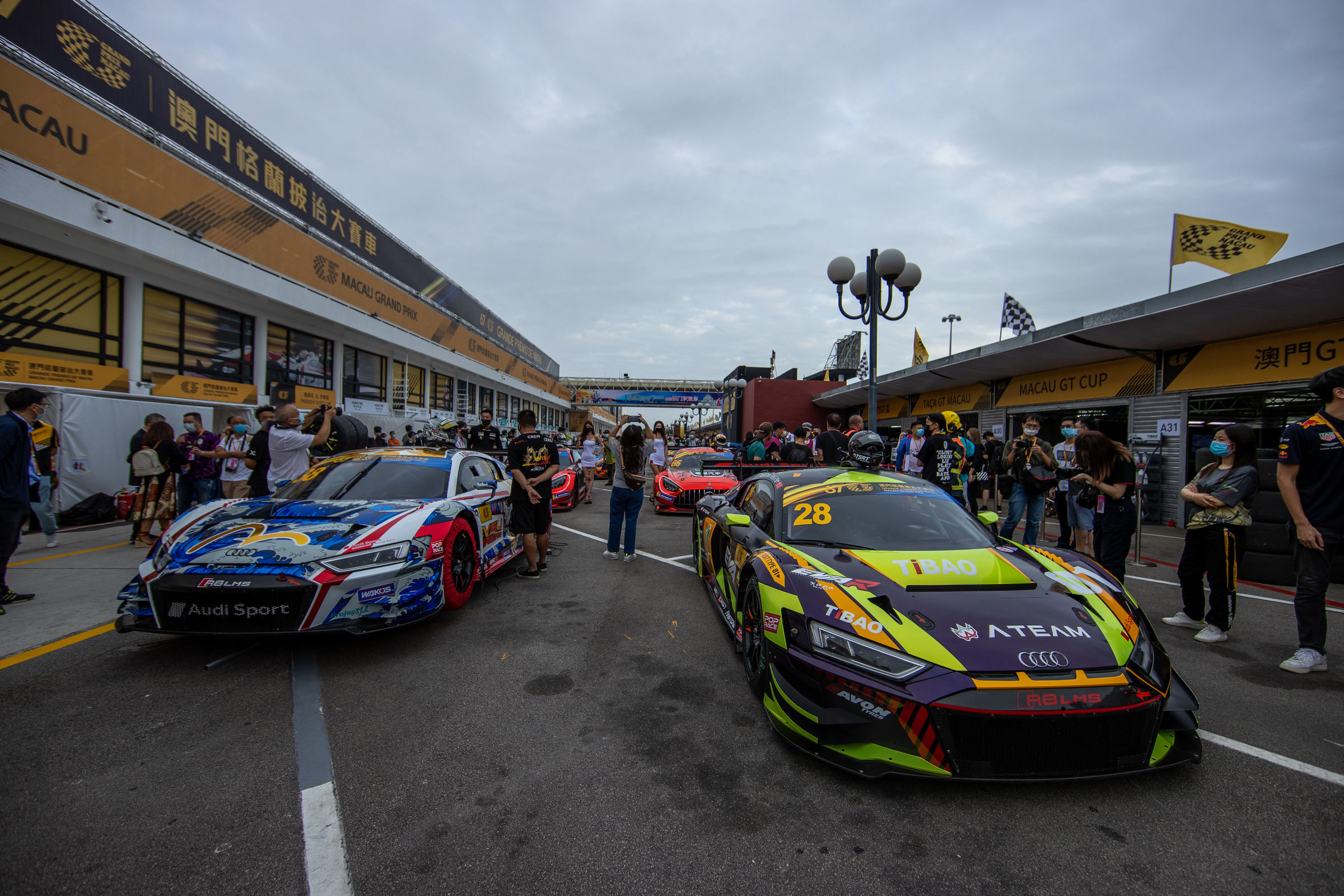 Two trophies in Macau: Marchy Lee and Chen Weian celebrated two podium successes with the Audi R8 LMS in the 13th edition of the Macau GT Cup. In Saturday’s qualifying race Chen Weian from Audi Sport Asia Team TSRT finished second. Third place went to Marchy Lee in the Audi R8 LMS from Audi Sport Asia Team X-Works. In the main race on Sunday, Chen dropped back to fourth place on the first lap, while his brand colleague moved up to second position. With second place at the finish, the experienced Marchy Lee recorded his best result in Macau in history. Chen was not satisfied with the loss of his position. Two laps later he dared an overtaking maneuver in the demanding Lisboa Bend and clinched back third place. Even a slow puncture did not rob him of his podium position. The race organizers interrupted the competition in downtown Macau with the red flag after an accident. It was not resumed again.

Victory and title in Road Atlanta: Ken Thwaits has claimed his fourth victory of the season at the seventh event of the American amateur racing series Trans Am. The gentleman driver in the Audi R8 LMS ultra won the XGT classification at Road Atlanta. At the same time he secured the title in this class ahead of seven other drivers.

Handover at Le Castellet: Audi Sport customer racing handed over an Audi R8 LMS GT2 to Stéphane Ratel at Le Castellet in November. The founder and CEO of the SRO Motorsports Group, which promotes GT racing worldwide, has created the GT2 category in 2019. Now the Frenchman has personally purchased the most powerful sports car from the Audi Sport range with a power output of 640 hp. “I firmly believe that the GT2 concept has a big part to play in the future of racing,” said Ratel. “It is the perfect platform for amateur drivers, drawing on the strengths of both GT3 and GT4 to produce an exciting and enjoyable on-track experience. I was very happy to see Audi become one of the first manufacturers to launch a GT2 model and, after taking the opportunity to test drive the car, I was convinced to purchase one myself. This will help launch the new GT2 European Series, which will race next season as part of our enhanced GT Sports Club program. Just like its GT3 equivalent, I expect the Audi R8 LMS GT2 to be very popular with customers as the series develops.” 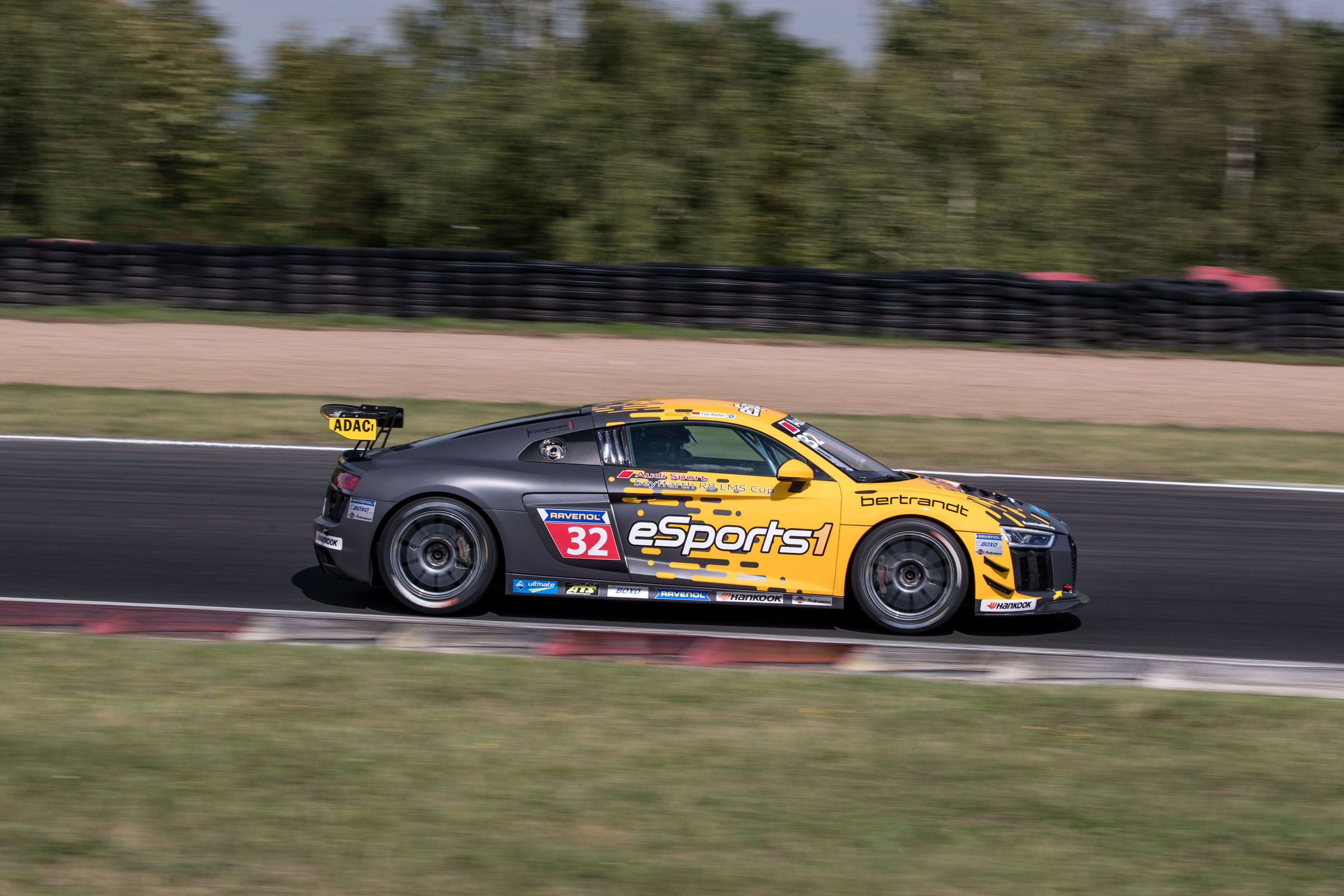 Tim Reiter new champion: After the cancellation of the planned final the title decision in the Audi Sport Seyffarth Cup has been made. Tim Reiter is the third winner of the one-make cup after Kris Heidorn in 2018 and Robin Rogalski a year ago. The student from Ostfildern won the race series after two victories and a third place with a 20-point lead over Tom Spitzenberger. Third place went to Maximilian Paul. Both Reiter and Spitzenberger also took the two top places in the junior classification, followed by Sophie Hofmann. In the amateur classification Christian Wicht clinched first place ahead of Sophie Hofmann and Guido Heinrich. A total of 24 participants scored points in six individual races in the third season of the Audi Sport Seyffarth R8 LMS Cup.

Triple champion René Rast: “The DTM has always been my home” Audi to compete in Dakar Rally
Scroll to top