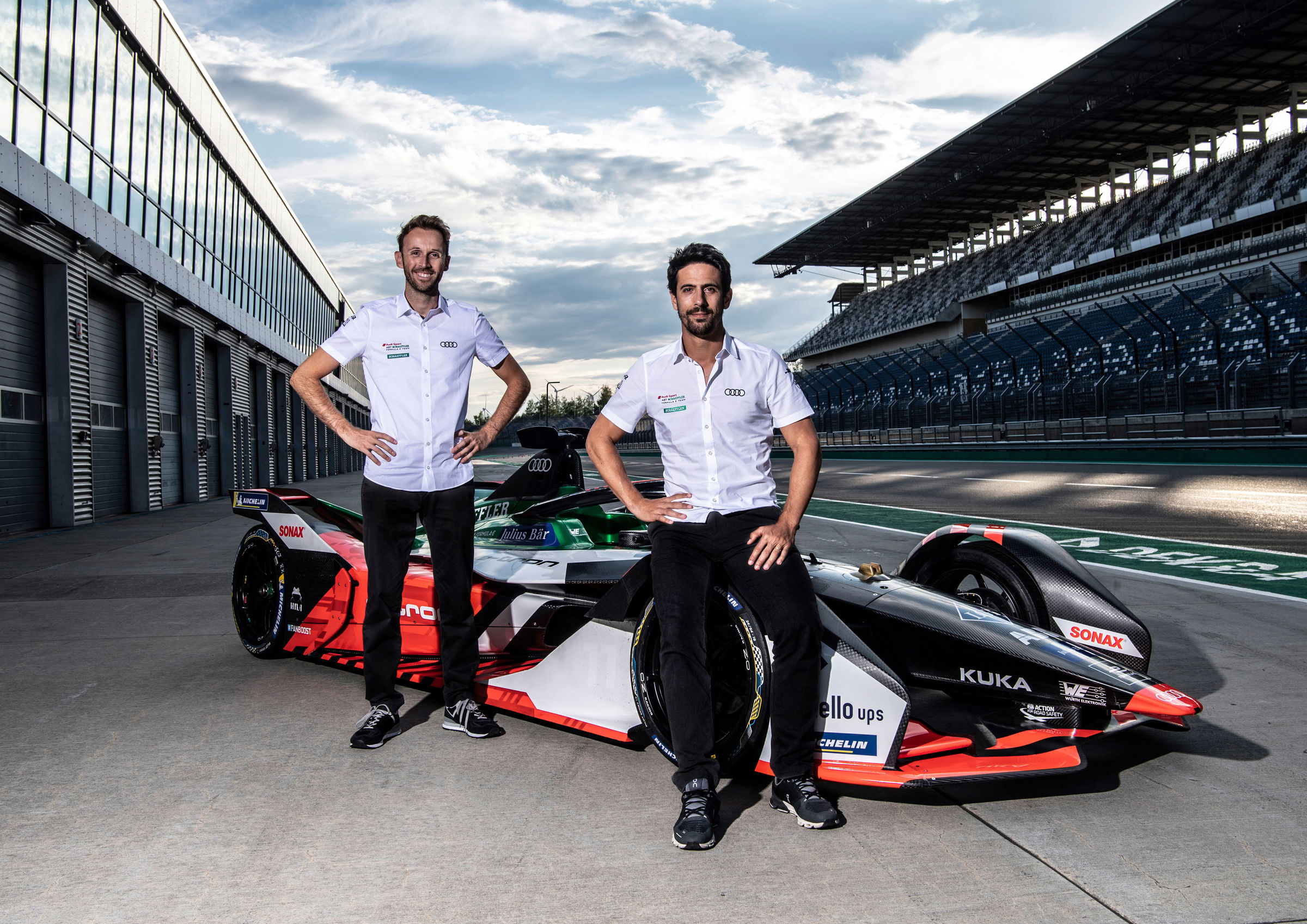 Nine days, six races, three track layouts, a new driver in the team: the restart of the Formula E season is full of challenges for Audi Sport ABT Schaeffler. The German squad has big aims for its six-pack home round in the capital city and is determined to battle for trophies and the championship titles.

After a break of more than five months, Formula E is returning to the race track. A lot will be different when the 24 drivers from around the world meet in Berlin for the showdown of the sixth season, which begins next week: A strict hygiene concept must be adhered to, the number of team members has been significantly reduced, no fans nor sponsors are allowed on the runway of the former Tempelhof airport in the south of the German capital, press conferences will be held virtually, and the podium ceremony reduced to a minimum.

In terms of racing, the nine days in Berlin pack a punch: A maximum of 180 points – including those for the fastest time in qualifying, pole position and the fastest race lap – can be scored by any of the 24 drivers. With just 38 points separating the front runner from the tenth-placed driver, it is clear that the championship is still completely open. “I am pretty sure that in the end, the final championship positions will look completely different to what they do now,” says Team Principal Allan McNish. “This six-pack in Berlin reminds me a little of a restart following a caution period in the last race of the season, with only a few more laps to go in the last race of the season.”

As an additional challenge, Formula E will stage its three double-headers in Berlin on three different track layouts: The familiar circuit from recent years will only be used on August 8 and 9. For the opening rounds on August 5 and 6, this layout will be driven in the opposite direction, and for the final races on August 12 and 13, the circuit will be completely redesigned. As usual in Formula E, the teams only received their data last week so that there won’t be a lot of time to intensively prepare for the three track variants.

Lucas di Grassi is fired up for the restart of the season. “The break also had some positive aspects, because I had a lot of time with my son and my family. I also did a lot of sports, ate a healthy diet and spent many days with the data of the first rounds of the season – but at some point, you’ve had your fill of it and finally want to race again,” says the Brazilian. Although di Grassi clinched just one podium in the first five races, he shows fighting spirit: “We’re going to Berlin to claim the title – that’s clearly my goal.”

Berlin has always been a good venue for the most successful Formula E driver with 31 podiums under his belt: di Grassi has stood on the podium in Germany’s capital city five times so far – more often than any other driver – and scored victory last year. “We’ve had many sweet moments in Berlin before and of course that gives you a positive feeling,” says di Grassi. “Even so, it’s a totally different game this time: new track layouts, no fans and guests, many races within a short space of time – the question of who will best cope with this will also be crucial.”

While Lucas di Grassi is traveling to Berlin with the experience of 63 races, the tally of his new teammate, René Rast, reflects just one: in 2016 as a guest entrant for a different team and on a completely different track in downtown Berlin. Consequently, the past few weeks were extremely busy for the two-time DTM champion. “I did everything I could: in addition to testing, I analyzed data for hours on end, watched videos and spent an enormous amount of time with the engineers,” says Rast. “It’s difficult to express expectations for my debut with Audi, but one thing is clear: I’d like to arrive in Berlin perfectly prepared and deliver a good result.” 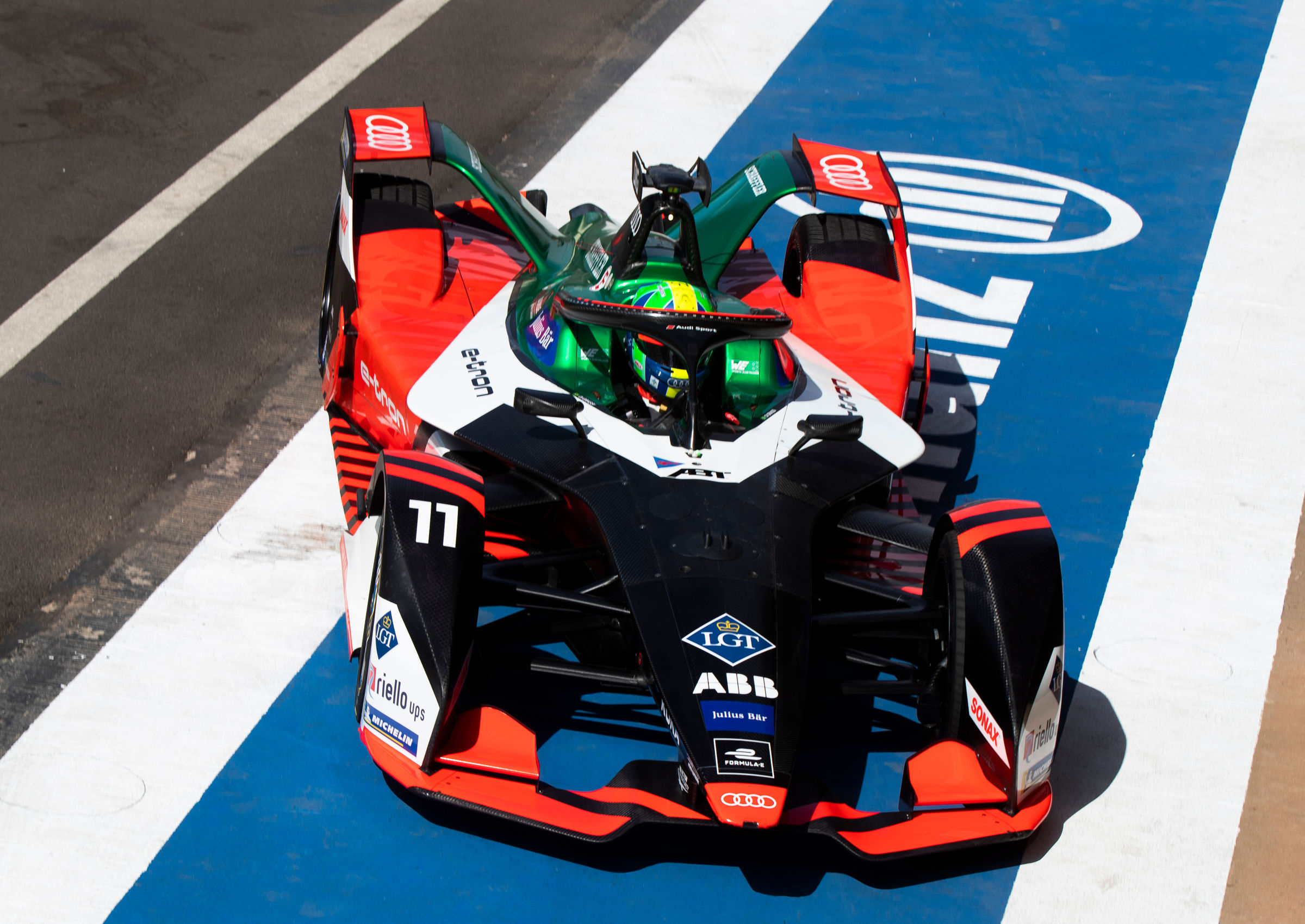 Alongside Formula E, René Rast is racing in the DTM, where he is defending his title with Audi. This means that between August 1 and 23, the German will be competing in twelve races in two completely different cars – here in the fully-electric Audi e-tron FE06 single-seater and there in the Audi RS 5 DTM touring car with four cylinders and 580 hp. “These are two totally different worlds with completely different challenges for any race driver. But, the six Formula E races in such short succession are ideal for a fast learning curve …”

The races in Berlin will be held as three double-header events on August 5 and 6, 8 and 9, 12 and 13, each starting at 7 PM CEST. As usual, each race will last for 45 minutes plus one lap. All international channels including the broadcast schedule can be found online at www.fiaformulae.com.

In addition to the Audi Sport ABT Schaeffler factory team, the Envision Virgin Racing customer team will go on the hunt for points with the e-tron FEO6 developed by Audi and technology partner Schaeffler. Sam Bird and Robin Frijns sit in the seventh spot of the teams’ classification after the first five races.