Audi factory driver Mike Rockenfeller has initiated a virtual racing series under the motto #RaceHome, which will be held on the PlayStation 4 with the fully-electric Audi e-tron Vision Gran Turismo. The proceeds will be used for a good cause. Once a week, fans of the Audi brand and SimRacing professionals will be competing against the six Audi DTM drivers: Loïc Duval, Jamie Green, Nico Müller, Robin Frijns, René Rast and Mike Rockenfeller.

“Since there are no real races happening at the moment, because of the corona crisis, SimRacing is experiencing an incredible boom,” says the 2013 DTM champion. “We are deliberately going our own way: #RaceHome is focusing on sports cars with electric drive and is therefore in line with Audi’s focus topic in the change of mobility. We have decided on a console game because we can reach a particularly large community in this way.”

PlayStation Network members have the opportunity to compete against the Audi DTM stars on #RaceHome. They can win a spot on the grid each week by developing and publishing a design for the Audi e-tron Vision Gran Turismo in conjunction with #AudiTogether and #WeStayHome. The most creative design will win. The jury consists of the six Audi DTM drivers. 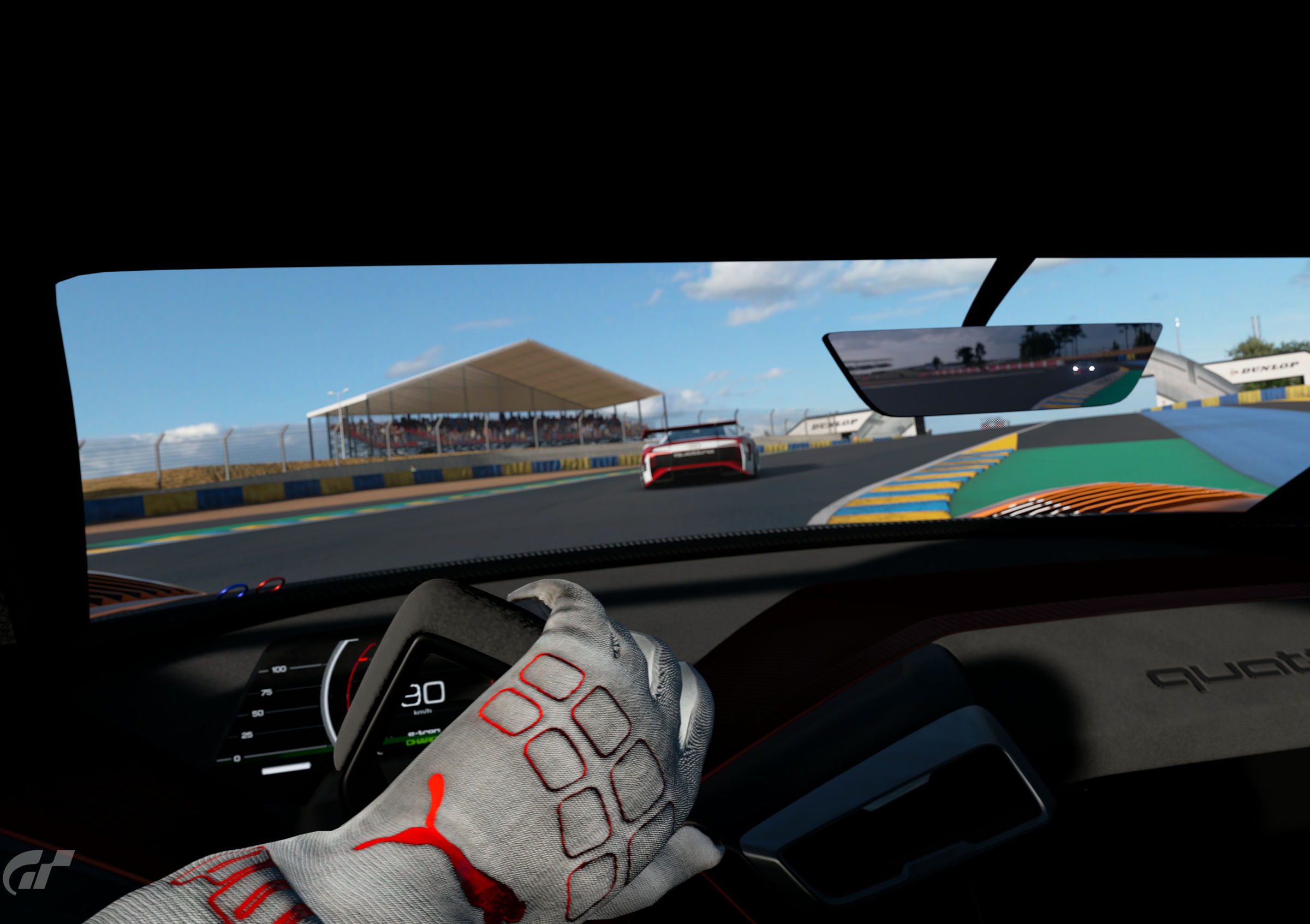 #RaceHome wants to generate as many donations as possible to be used for charity projects within the motorsport family. “There are many freelancers in motorsport who have lost their income from one day to the next and are fearing for their own existence,” says Rockenfeller. That’s why it will be possible to bid for a spot on the grid every week.

All of the races of the #RaceHome charity racing series can be seen on the free live streaming channel at www.twitch.tv/visionrcco. The first race is on Tuesday, 21 April at 8 p.m. (CEST).