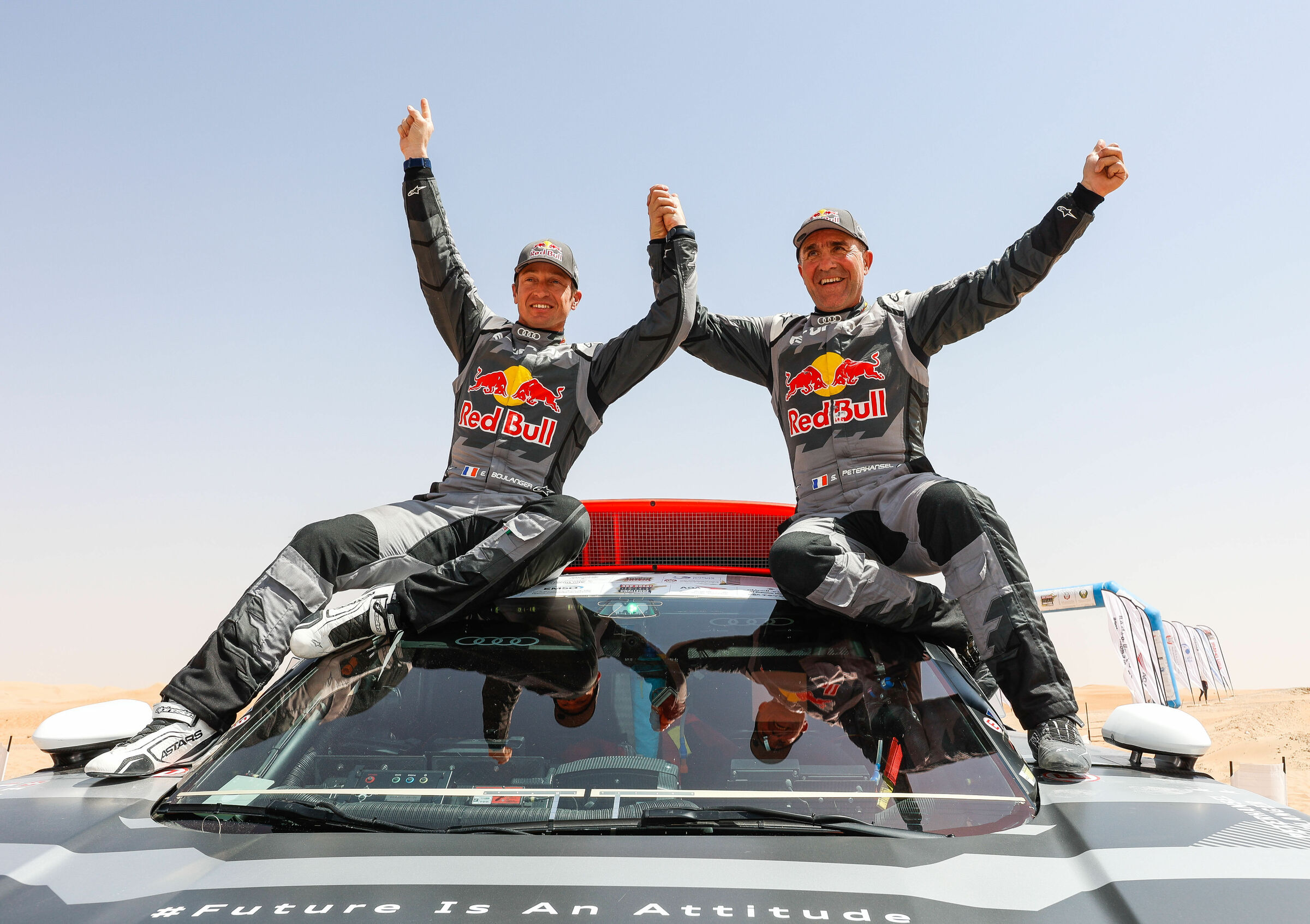 Audi has once again made history in motorsport with technical innovation: Following its debut with four stage victories at the Dakar Rally in January, the Audi RS Q e-tron now clinched its first overall victory – in just its second outing. Stéphane Peterhansel and Edouard Boulanger have decided the second round of the FIA World Rally-Raid Championship in their favor. The Frenchmen won in Abu Dhabi with an advantage of 29.49 minutes.

For the eighth time since 1996, Stéphane Peterhansel accepted a winner’s trophy at the Abu Dhabi Desert Challenge – and at the same time his first for Audi. Together with co-driver Edouard Boulanger, the 56-year-old Frenchman led the desert rally continuously from the first stage after a flawless drive. “Congratulations to Stéphane and Edouard, to Team Audi Sport as well as our fielding partner Q Motorsport. They have achieved a breakthrough for our innovations with this success,” said Julius Seebach, Managing Director of Audi Sport GmbH and responsible for motorsport at Audi. “We developed the Audi RS Q e-tron in record time. Now, for the first time, a car with an electric powertrain has won a desert rally. That makes me proud. A victory on the second start against the two best contenders of January’s Dakar Rally – winner Nasser Al-Attiyah and record World Champion and Monte Carlo winner Sébastien Loeb – is an outstanding result. It was remarkable that our concept prevailed in even tougher conditions than in January.” 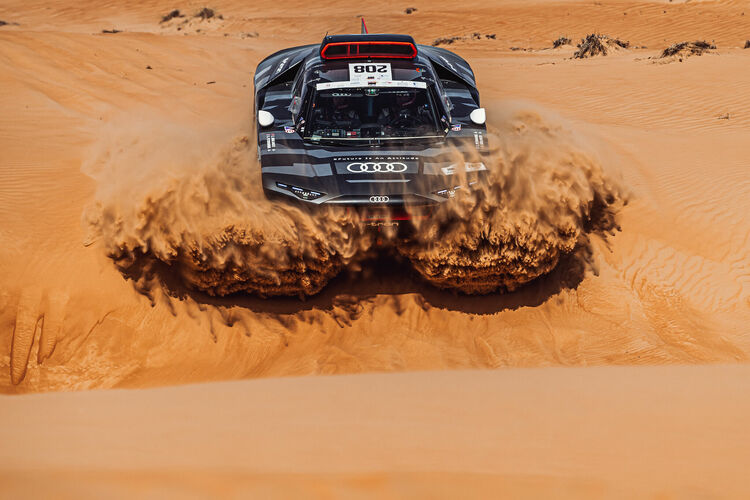 At least two factors noticeably increased the loads: Significantly higher outside temperatures of over 40 degrees Celsius in the shade and even higher values in the desert increased the rolling resistance in the soft sand and, as expected, pushed the cooling circuits to their limits. Nevertheless, the alternative drive concept with its combination of electric powertrain with a high-voltage battery as well as the highly efficient energy converter always worked reliably. The Audi RS Q e-tron managed the entire distance without complaint. The rally also differed significantly from the Dakar Rally in terms of geology: Long and unpredictable dune passages characterized the five stages with a total length of more than 1,800 kilometers. “It wasn’t easy to find the right rhythm on the sometimes very treacherous broken dunes,” reported Stéphane Peterhansel. “Our pace was right and we didn’t take too many risks. Once again, the Audi RS Q e-tron was a lot of fun.” The example of the competition showed how complicated the terrain was: As early as on the first day, Nasser Al-Attiyah and Sébastien Loeb lost all chances of good overall results due to damage to their cars.

A puncture on the second day was the only unscheduled stop for Team Audi Sport. Therefore, the lead of 9.30 minutes after the first stage was reduced to 7.49 minutes. After a setback for another opponent on the third stage Peterhansel/Boulanger continuously extended their advantage. “Once again we have learned a lot in this young project,” said Sven Quandt, Managing Director and Team Principal of Q Motorsport. “On the one hand, it was a test for us, but on the other hand it was also about sporting goals. The first victory is of course something very special. The higher temperatures and the long dune passages were an increase compared to the Dakar Rally. All the nicer that the Audi RS Q e-tron ran so flawlessly and that the electric drive concept proved itself even in the toughest conditions.”

Following the historic first success of the Audi RS Q e-tron, Team Audi Sport is pushing ahead with the development of the prototype and preparing for the next event in parallel. The Andalucia Rally is on the agenda from June 6 to 12. A qualifying stage and five legs of 200 to 300 kilometers each await the participants in the south of Spain in the middle of the year.

Next challenge for the Audi RS Q e-tron in Abu Dhabi Double premiere:Audi and Ducati inspire at offroad event
Scroll to top