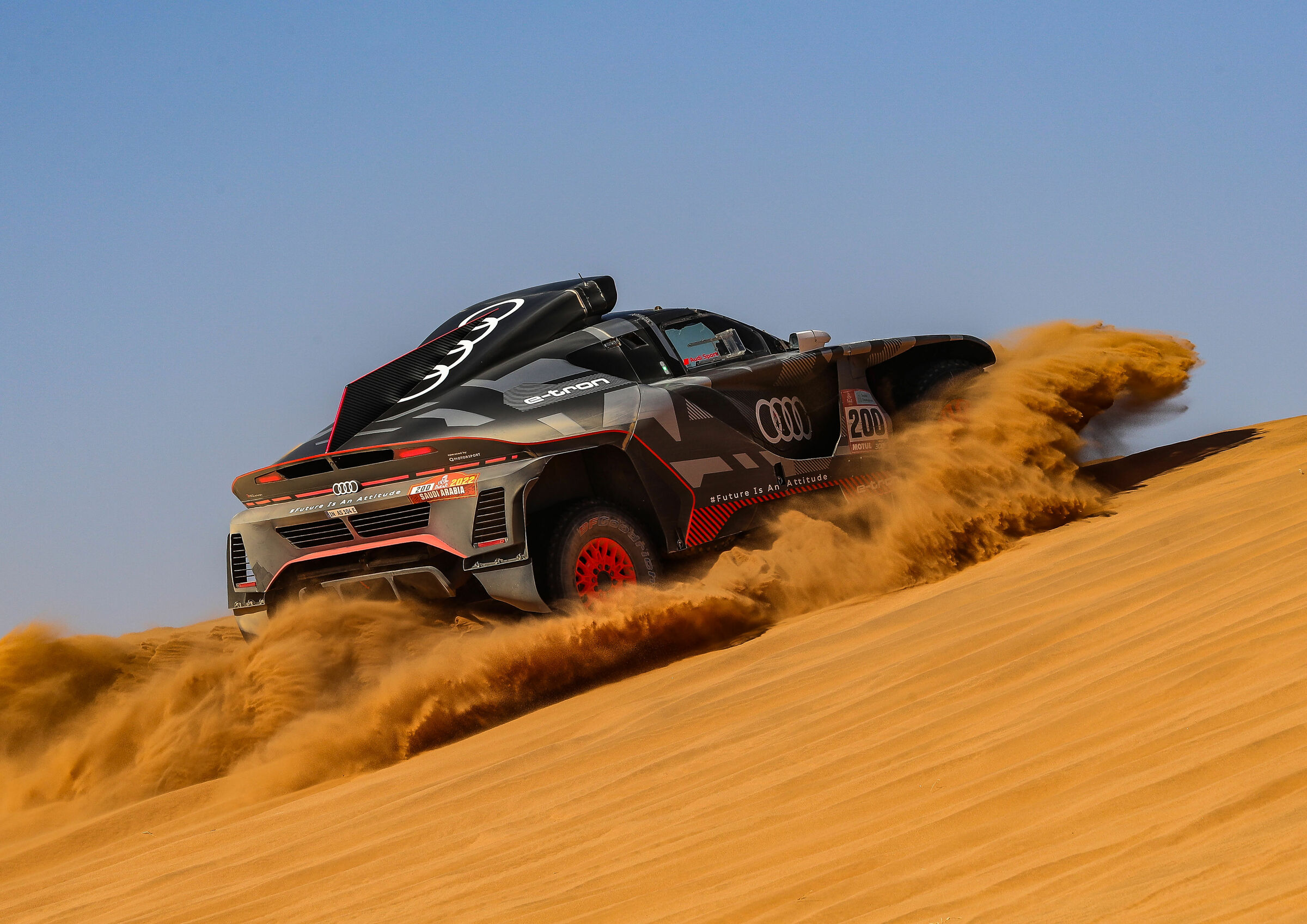 After its debut with four stage victories at the Dakar Rally in January, the Audi RS Q e-tron is facing its next challenge: From March 6 to 10, the innovative desert prototype with electric drivetrain, a high-voltage battery and the highly efficient energy converter will contest the Abu Dhabi Desert Challenge. Team Audi Sport is fielding a car with factory drivers Stéphane Peterhansel/Edouard Boulanger in the second round of the FIA World Rally-Raid Championship.

Stéphane Peterhansel has already won this event seven times, which today’s FIA President Mohammed Ben Sulayem created in 1991 under the original name UAE Desert Challenge: In 1996 the Frenchman was successful on a motorcycle for the first time, since 2002 he has clinched six wins in a car, including most recently in 2019 with his wife Andrea as co-driver. “Stéphane Peterhansel also brings the highest level of experience to this event in particular,” says Julius Seebach, Managing Director of Audi Sport GmbH and responsible for motorsport at Audi. “Two terms stand for the Dakar debut of Stéphane with co-driver Edouard Boulanger in the Audi RS Q e-tron: stage victory and strong team play. Even in the face of setbacks they demonstrated first-class sportsmanship and put themselves entirely at the service of the team. Now they can show in Abu Dhabi what’s possible in sporting terms in our second rally event.” 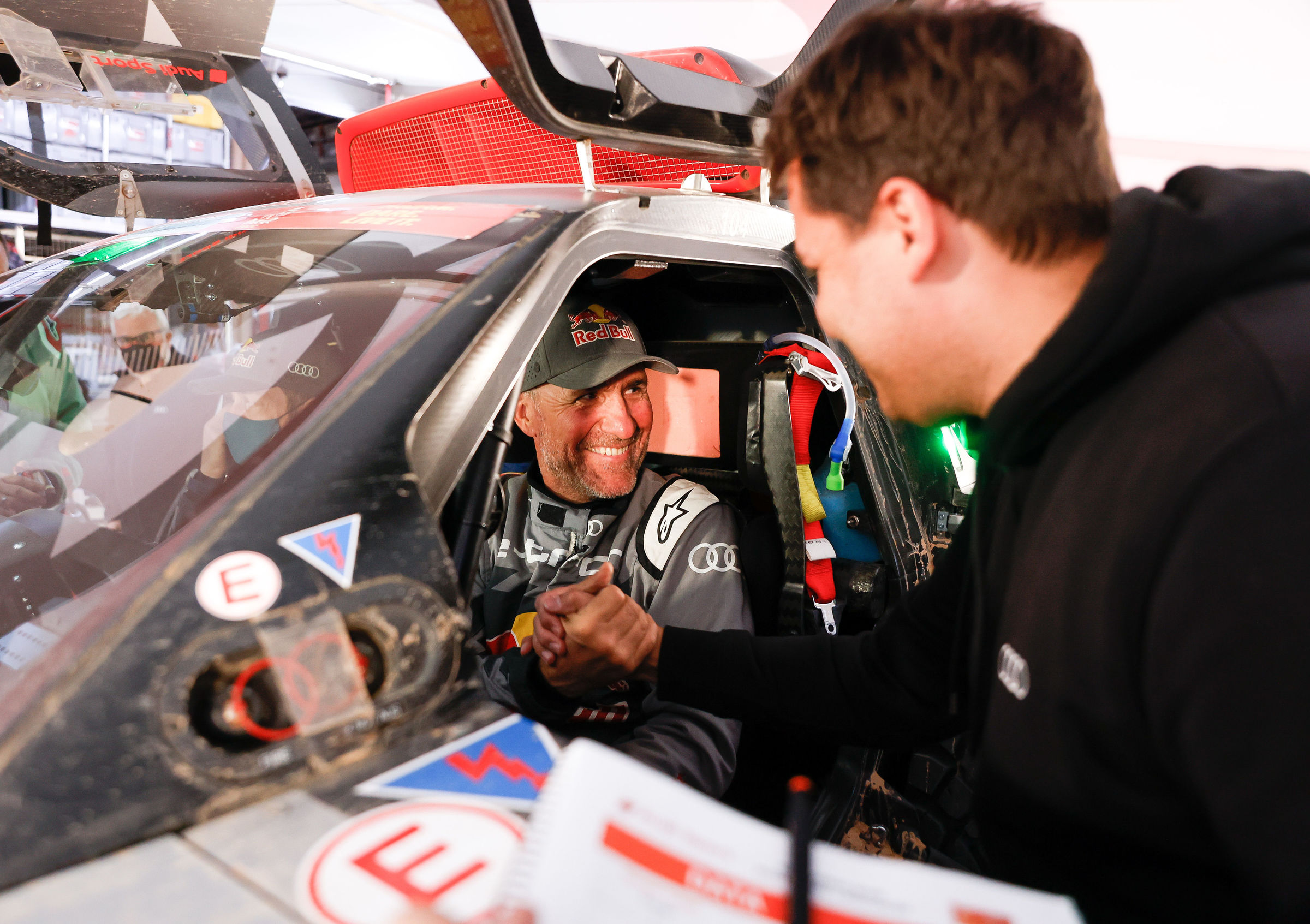 With five stages in the Al Dhafra region on the southern border with Saudi Arabia, the rally is much shorter than the season opener nine weeks earlier in the neighboring country. The daily stages are between 217 and 318 kilometers long and add up to 1,342 kilometers. With a total rally distance of 1,933 kilometers including liaison stages, the proportion of timed kilometers is very high at 69 percent. Despite the compact overall format, Stéphane Peterhansel is by no means underestimating this event. “Experience shows that around 80 percent of the route of this rally is in large dune mountains, the remaining 20 percent on flatter sandy ground without any tracks. At the Dakar, there were at most 60 kilometers of dunes at a stretch,” says the professional driver. “Likewise, the heat is higher now than in January.”

This poses new challenges for Audi and its team partner Q Motorsport. For the first time, the RS Q e-tron has to prove itself permanently in temperatures that have not previously been encountered in the Dakar Rally. Secondly, warmer sand is always softer as well. Combined with the long dune passages, this factor causes a significant increase in energy consumption. “Our energy systems performed very well in January. The tasks in Abu Dhabi are a clear increase,” says Peterhansel. Another aspect: cars get stuck more easily in soft sand. On the often steep and long dune climbs, the Audi factory driver sees an advantage in the electric drive. “The dune crests are the most difficult: If you drive too slowly, you lose time or get stuck. If you’re too fast, you risk jumping into the unknown,” says Peterhansel. “With conventional rally cars, you always have to decide on a gear and can make a mistake. The continuously variable drive of the Audi RS Q e-tron on the other hand is perfect, as is the high torque.”

The competition in Abu Dhabi differs significantly from the Dakar Rally in another important area: Navigation is traditionally easier. Co-driver Edouard Boulanger is spared the hidden “waypoint masqué” in the roadbook this time, which often take some trickery to find. Instead, these virtual terrain markers are clearly indicated in the organizer’s navigation aids. But this also means: Navigational qualities, such as those that distinguish an accomplished co-driver like Edouard Boulanger, make less of a difference in Abu Dhabi. 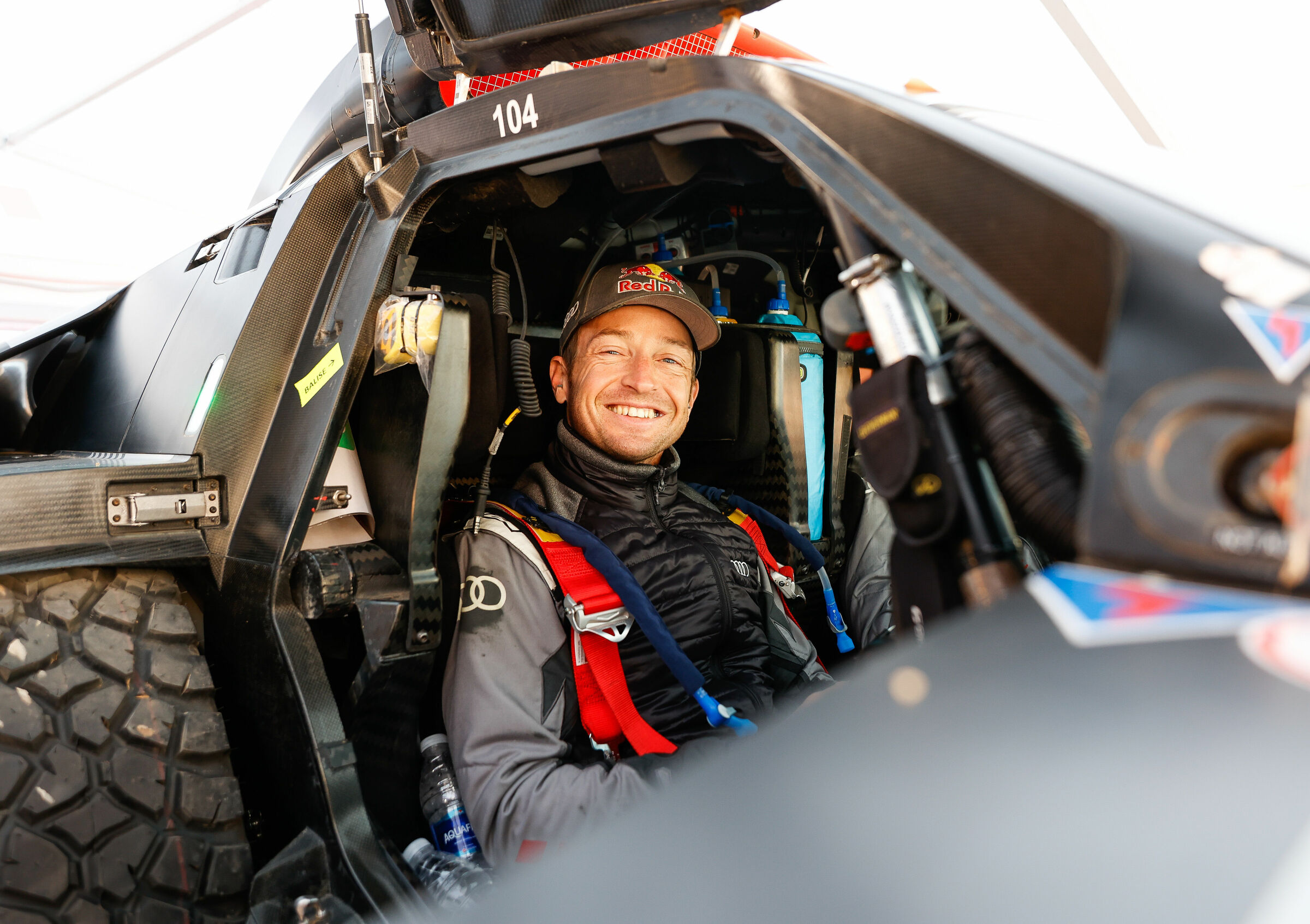 Stéphane Peterhansel and Edouard Boulanger will be competing in the Audi RS Q e-tron they already drove in January. Chassis number 104 remained on the Arabian Peninsula after the Dakar Rally. First a detour to Dubai followed. At the “Flat 12” event location the rally prototype met the freshly crowned winner of the Dubai 24 Hours, an Audi R8 LMS, in January. The RS Q e-tron then continued its journey to neighboring Abu Dhabi. The objective for the second competition is ambitious. “We had a trouble-free second Dakar week in which we were able to set some nice highlights,” says Stéphane Peterhansel. “Now we want to try and clinch our first podium result.”

Fans around the world can once again look forward to comprehensive coverage. Following the great success in January, Audi is continuing its Inside Show on Facebook and audimedia.tv in Abu Dhabi as well. Every day, presenter Molly Pettit guides the audience through a show with daily summaries, background information and interviews. High-resolution images, videos and media info are available on the media database. Audi also reports on the second deployment of the RS Q e-tron on its Facebook, Twitter and Instagram social media channels.

Audi on the third row at the Kyalami 9 Hour Emotional first victory in the desert:Audi RS Q e-tron wins in Abu...
Scroll to top