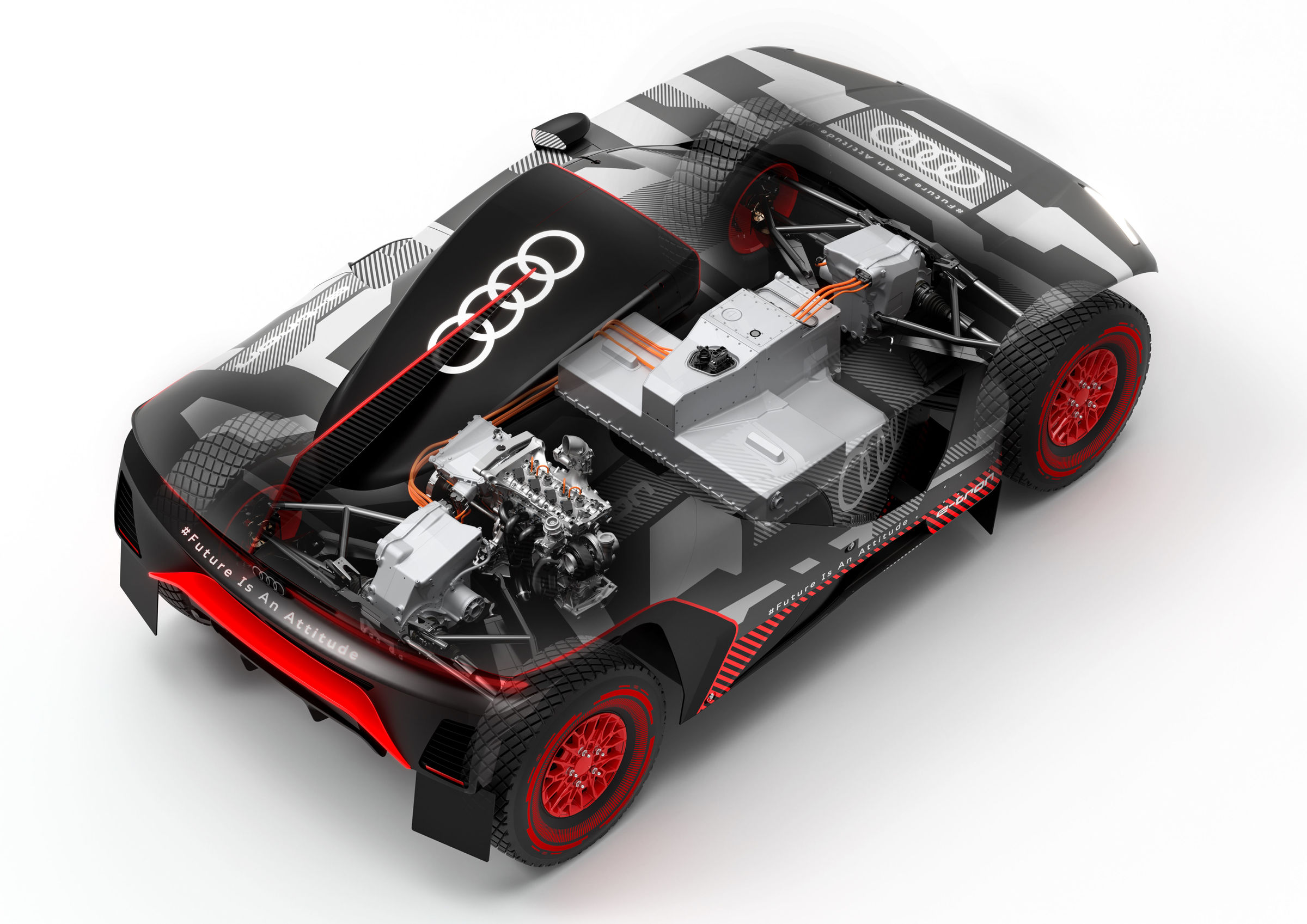 In 100 days from now, the 44th edition of the famous Dakar Rally will kick off. For Audi Sport, this marks the beginning of a real race against time.

Audi is tackling one of the greatest challenges in international motorsport, quite deliberately using a unique concept. The Audi RS Q e-tron has an electric powertrain with two motor-generator units (MGUs) from Formula E. While the vehicle is in motion, the high-voltage battery is charged by an energy converter consisting of the efficient TFSI engine from the DTM and another MGU.

“The prototype of the Audi RS Q e-tron was created in around twelve months,” says Julius Seebach, Managing Director of Audi Sport GmbH and responsible for motorsport at Audi. The rollout on June 30th, 2021 in Neuburg an der Donau and the start on January 1, 2022 in Ha’il (Saudi Arabia) are separated by merely six months. “That’s a very short time to prepare for such a complex project. I cannot emphasize this often enough: The Audi RS Q-e-tron is the most sophisticated vehicle in terms of technology that Audi Sport has ever deployed in racing.” 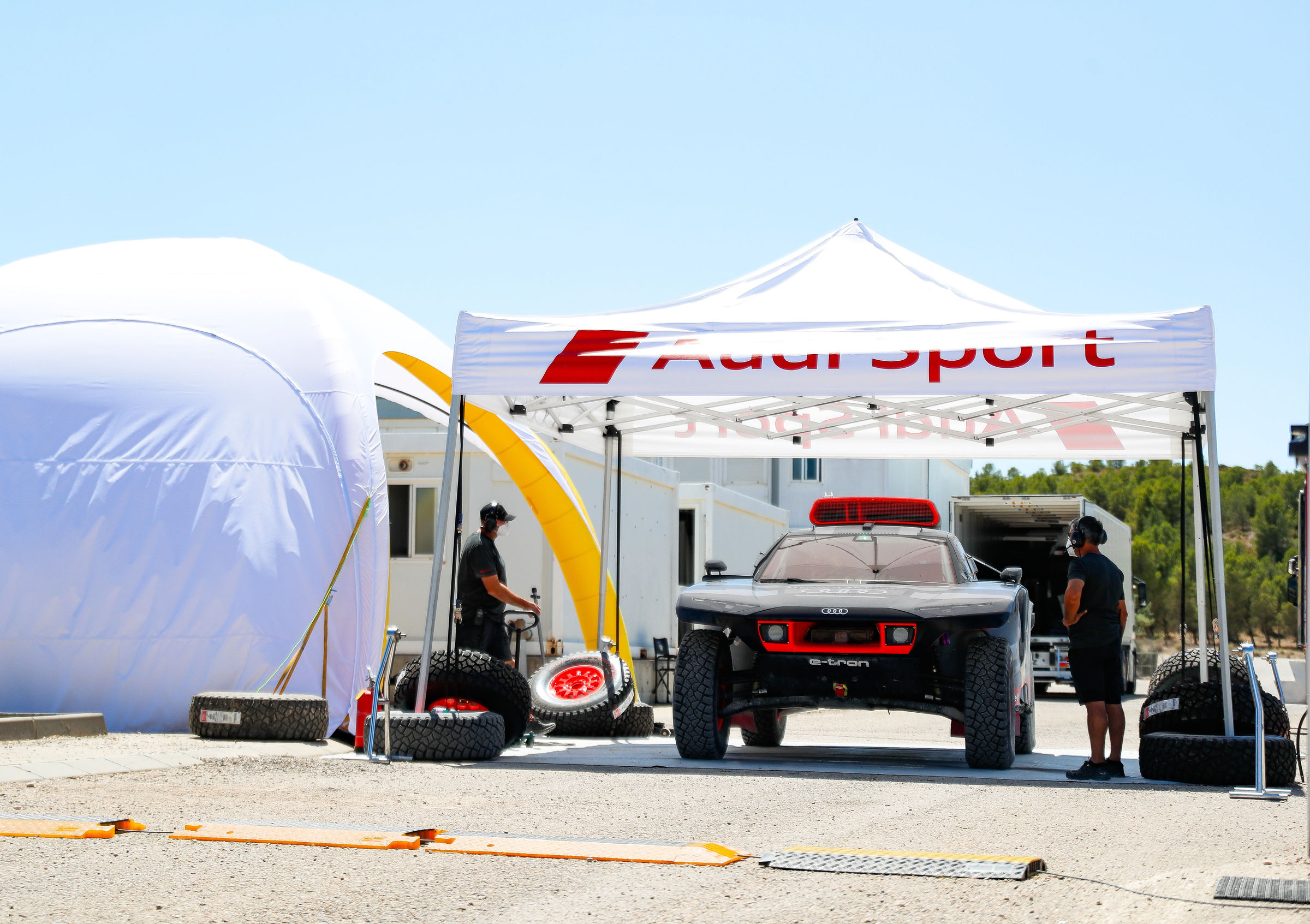 Andreas Roos, Project Leader for all factory-backed motorsport activities, can only confirm that: “The Dakar is extremely challenging – even for a conventionally powered vehicle. With our powertrain concept, the challenge is distinctly greater. The chassis and suspension do not entail major differences, but we have a lot more components in the car that have to be not only high-performing, lightweight and functioning reliably under the extreme conditions of the Dakar. They also have to be attuned to each other perfectly and work together smoothly.”

A conventionally powered Dakar vehicle features two major components: the internal combustion engine and the transmission. “In our Audi RS Q e-tron, we have an electric motor at the front axle, an electric motor at the rear axle, the high-voltage battery and the energy converter, consisting of another MGU and the TFSI engine from the DTM,” says Roos. “And each of these components, for instance, requires a dedicated cooling system. That means we have not only one cooling system in the car but as many as six, including the intercooler and air conditioning system for the driver and co-driver.”

Packaging is another major issue with such a complex vehicle. “We had to make use of every centimeter to accommodate all the components in the car,” says Roos. That comes at the cost of ease of service. “For instance, changing the front-axle differential still takes a lot of time at the moment. That must be achievable faster at the Dakar and is one of the issues we’re currently working on under massive time pressure.” 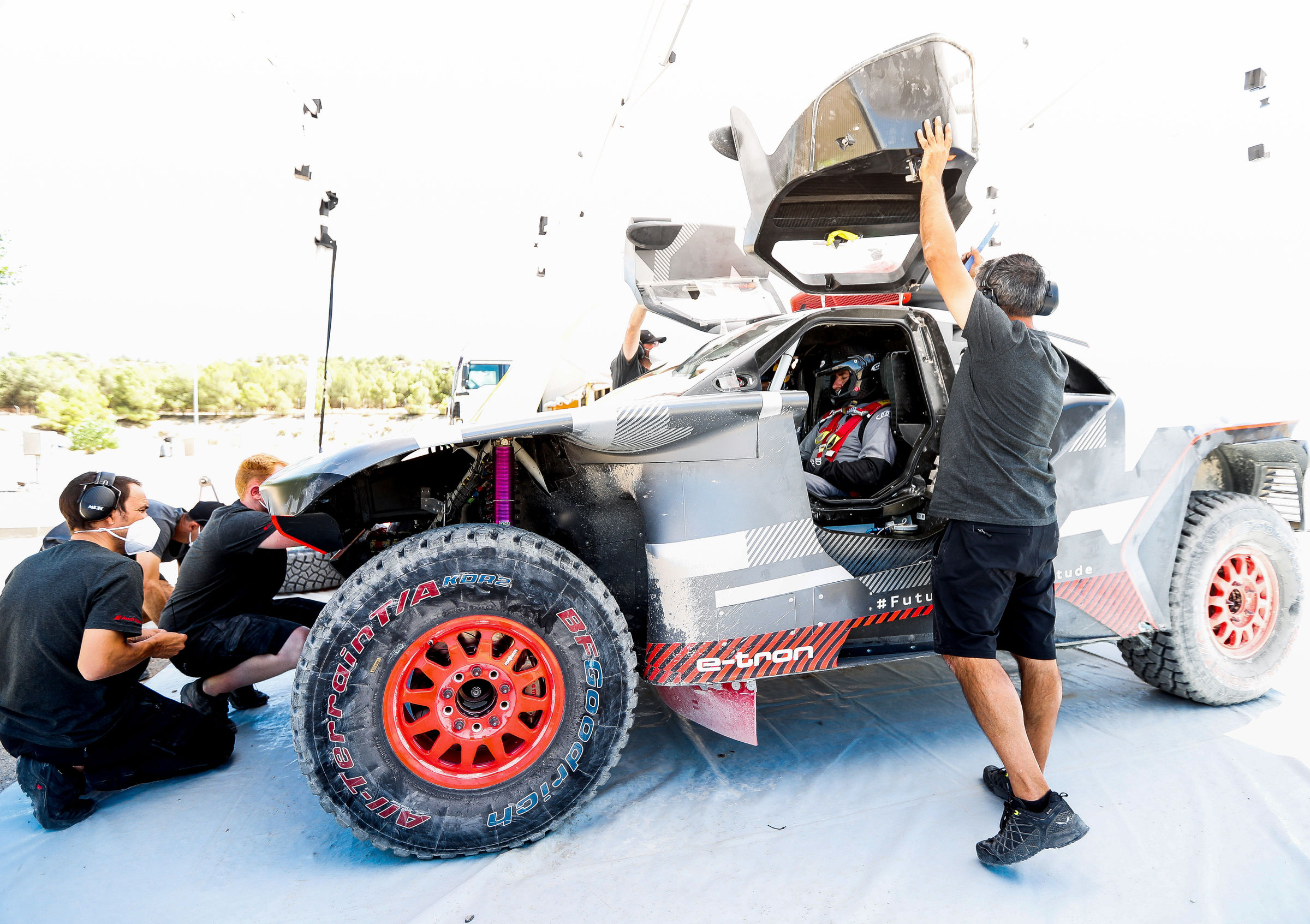 Obviously, the special conditions at the Dakar Rally play a role as well: sand, water, cold and major elevation differences. “We have a really large amount of sensitive electronics and many electrical components in the car that we need to protect against sand and water as effectively as possible,” says Roos. “We’ve learned a lot in the tests we’ve run so far and are now trying to feed all of our findings into the rally cars in time for the Dakar Rally.”

A large part of the work is in the areas of software, electrical and electronic systems. “We’ve got two central control units and around four kilometers of cables in the vehicle – not even counting the high-voltage cables,” says Roos. “The interaction of all powertrain components and of the high-voltage battery as well is extremely complicated. If anything doesn’t fit there the car will stop.”

Meanwhile, assembly of the race cars for the Dakar Rally has begun at Audi Sport in Neuburg an der Donau. Because the Audi RS Q e-tron travels also on public roads in cross-country competitions, each vehicle receives road approval including the related individual acceptance. Concurrently, the development schedule up until December includes a large number of additional stations – such as the Audi climate chamber for simulating the temperatures and elevation differences prevailing at the Dakar and a pendulum test on a specialty test rig.

There are still 100 days remaining before the Dakar Rally kicks off. 100 days that will become extremely intense for everyone in the Dakar team to achieve the next major stage goal: to put three superbly prepared cars on the starting ramp in Ha’il.