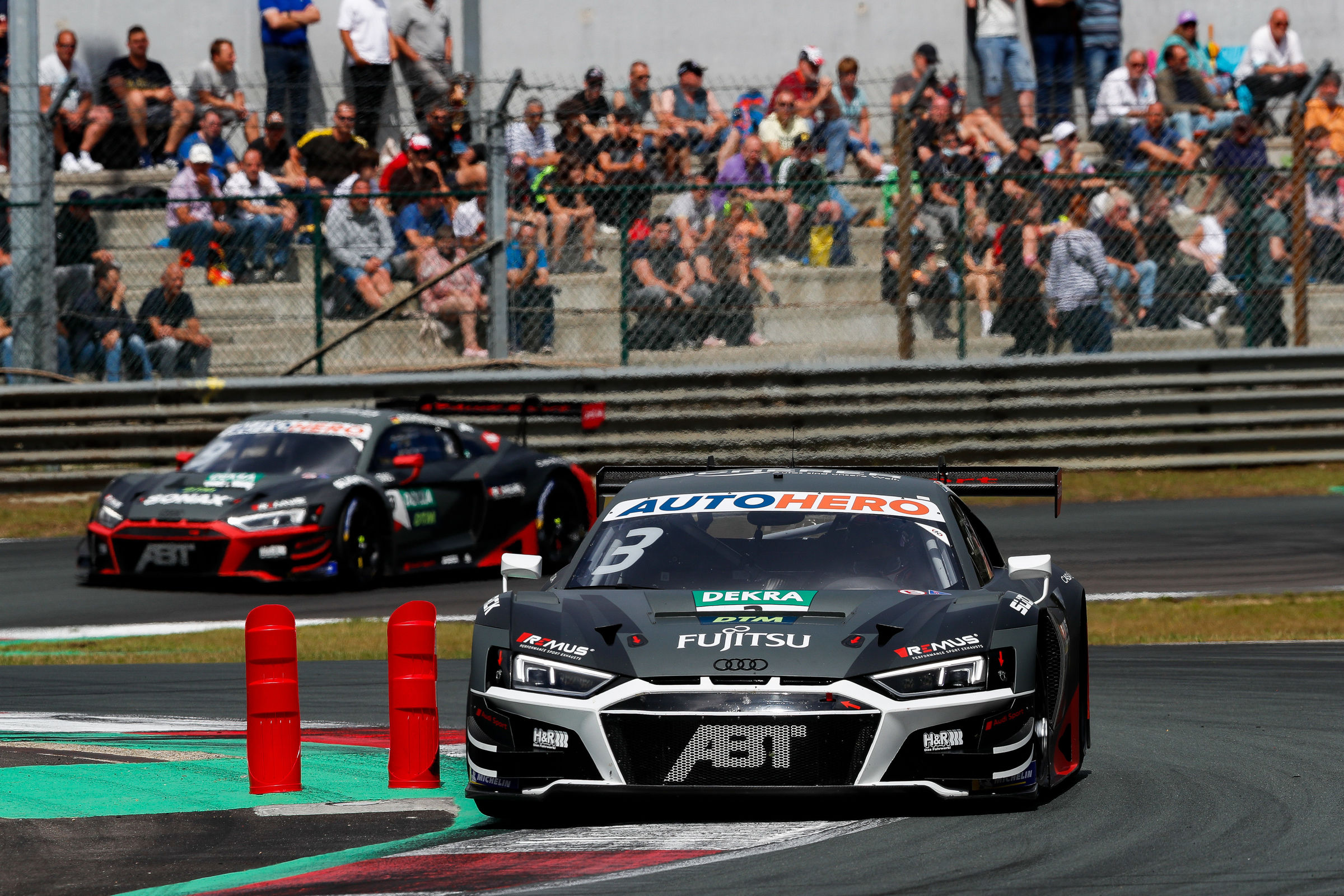 In the 2021 DTM, Audi achieved the second one-two with the R8 LMS after the opening success at Monza: Kelvin van der Linde won at the third race weekend at Zolder ahead of Mike Rockenfeller and extended his lead in the standings to 21 points. In Nashville, Audi customer teams in the GT America race series clinched a total of three victories with their GT3, GT2 and GT4 sports cars from Germany.

Second one-two for the Audi R8 LMS in the DTM: For the second time in the 2021 DTM season, Kelvin van der Linde stood at the top of the podium. After the South African had won the season opener at Monza for ABT Sportsline ahead of Nico Müller from Team Rosberg, he now celebrated a start-finish victory in the Audi R8 LMS in Saturday’s race at Zolder. The 25-year-old professional had secured pole position in Belgium and won Saturday’s race after 39 race laps with a 0.696-second advantage. Teammate Mike Rockenfeller had been unlucky in qualifying and had to abort his fastest lap after an opponent spun. He only started from fifth on the grid, but made up two positions already on the first race lap. At the pit stop he gained another position. He then controlled the pace with his teammate. In the end, ABT Sportsline achieved the first one-two victory by a team in the 2021 DTM with Kelvin van der Linde ahead of Mike Rockenfeller. After three of eight events, van der Linde has a 21-point lead in the standings over Ferrari driver Liam Lawson. ABT Sportsline is the best of 13 teams and is 13 points ahead of Ferrari squad Red Bull Alphatauri AF Corse.

Formula E journey comes to an end for Audi “It’s been electrifying!” – 14 victories for Audi Sport ABT Schaeffler...
Scroll to top