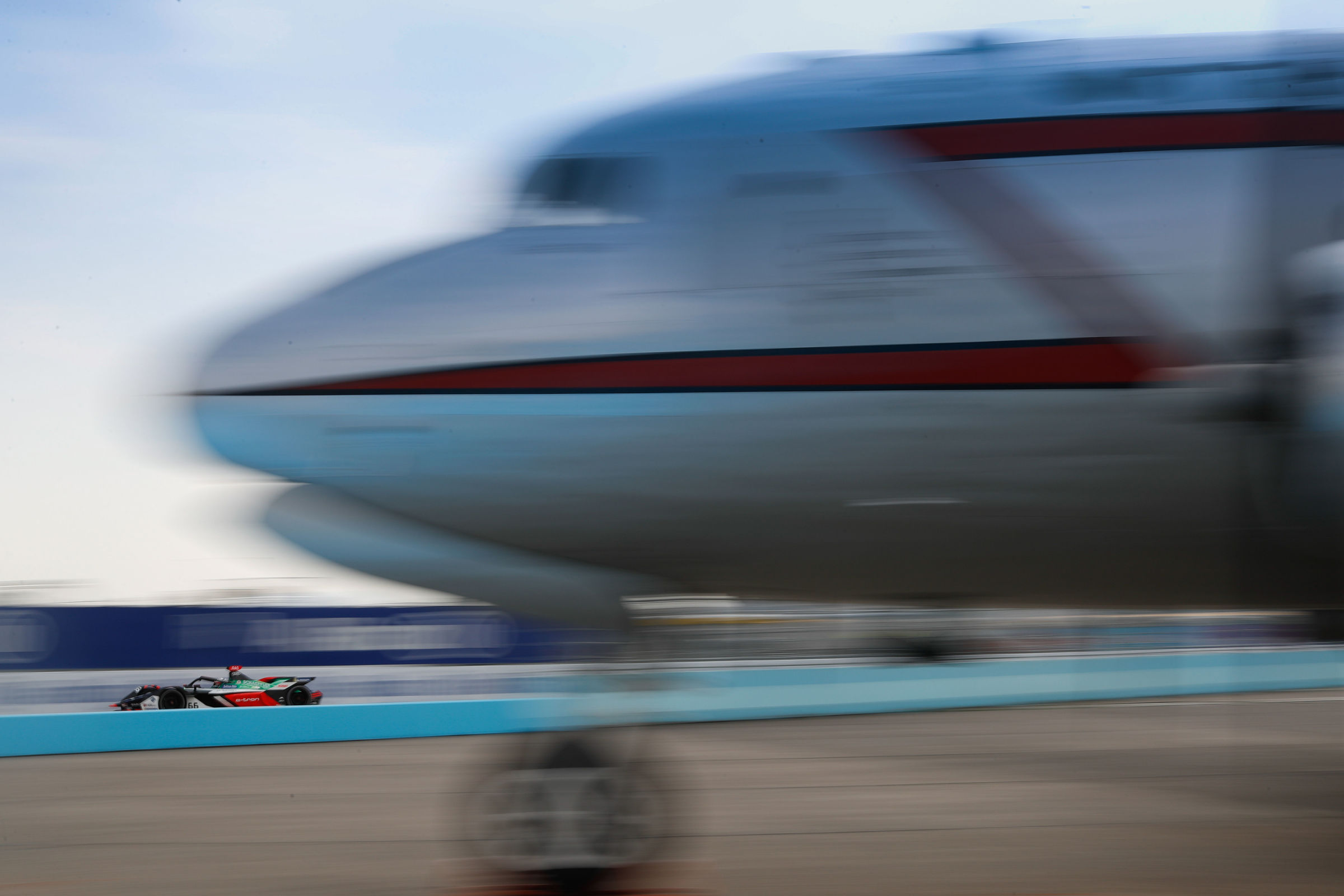 Audi’s factory involvement in Formula E will come to an end this weekend (August 14 and 15) with the two final races of the first World Championship season. After seven successful seasons and numerous and in some cases peculiar bests, the brand is facing new motorsport challenges.

Intense preparation by Lucas di Grassi and René Rast in the simulator at Neuburg, setting up the garage at the former Tempelhof Airport for the last time, two final starting grids and the very last checkered flag at just before 4.30 p.m. on Sunday: Audi is facing emotional few days before its factory farewell to Formula E. As a founding member of the series, Team Audi Sport ABT Schaeffler will say goodbye to Formula E after 84 races.

“Audi was the first German manufacturer to compete in Formula E. In recent years, the series has accompanied our brand in its transformation to electric mobility and provided us with many unforgettable moments that will forever remain a part of our history,” says Julius Seebach, Managing Director of Audi Sport GmbH and responsible for motorsport. “Today, electric mobility at Audi is no longer a vision of the future but the present. The best example is the Audi RS e-tron GT1, our first fully electric high-performance model for the road. This means it’s time for us to take the next step in motorsport as well. The Dakar Rally offers us the opportunity to break new ground as a pioneer and to present and further develop our expertise in the field of electric mobility under extreme conditions.”

Ahead of the farewell are the final two races in one of the most exciting seasons Formula E has seen to date. After 13 rounds almost anything is possible in both the drivers’ and teams’ standings: the top 15 drivers are within just 33 points with a maximum possible points of 60 per driver and weekend. René Rast (10th) and Lucas di Grassi (14th) are still within striking distance as well as is Audi Sport ABT Schaeffler in the team classification. Two races will be held in Berlin on the weekend as well. Start time is at 2 p.m. on Saturday and 3.30 p.m. on Sunday.

“We’re coming to Berlin to say goodbye to Formula E and to our fans with our heads held high,” says Team Principal Allan McNish. “Lucas and René have competed in many races in Berlin and have both been on the podium. We as a team have experienced some of the most emotional moments here in recent years. So it’s the perfect place for the final chapter of our Formula E adventure, which we obviously want to end with as many trophies as possible.”

Audi Sport ABT Schaeffler has already won 46 trophies in Formula E. In the first three years as the private team ABT Sportsline with the support of the technology company Schaeffler, then since 2017 as official Audi factory team. It is the best mark in the series, which will remain unmatched even after the end of the season. Just like that of the most fastest laps by a team or the most podium positions by a driver by Lucas di Grassi. The Brazilian is one of only two drivers on the grid to have contested all Formula E races so far, and the only one to have done so for the same team: Audi Sport ABT Schaeffler.

The season three champion holds other records as well: He is the only driver to score seven podium finishes in a single season – and did so in seasons two, three and four. He has scored points in 62 races so far, another record that is even surpassed by only three teams. With 2,877, he has completed the most laps in Formula E and is the only one to have won from eight different grid positions so far. Lucas di Grassi is also ahead in the fans’ favor: Ahead of the races in Berlin, he has received more FanBoosts than anyone else with 45, and his team is also in the top spot here with 77 FanBoosts.

For the finale of its first World Championship season, Formula E will once again use the former Tempelhof Airport with its 2.355-kilometer track this weekend. On Saturday, the course will be driven counterclockwise, on Sunday in the opposite direction. All channels, including broadcast times, can be found online at www.fiaformulae.com.

In addition to the Audi Sport ABT Schaeffler factory team, the Envision Virgin Racing customer team will also be racing for points with the e-tron FE07, which was developed by Audi. This season, Nick Cassidy and Robin Frijns are competing for the British squad which, like Audi Sport ABT Schaeffler, has been a member of the Formula E family since the first race in 2014. With seven podium finishes in the season so far, Envision Virgin Racing leads the teams’ standings.