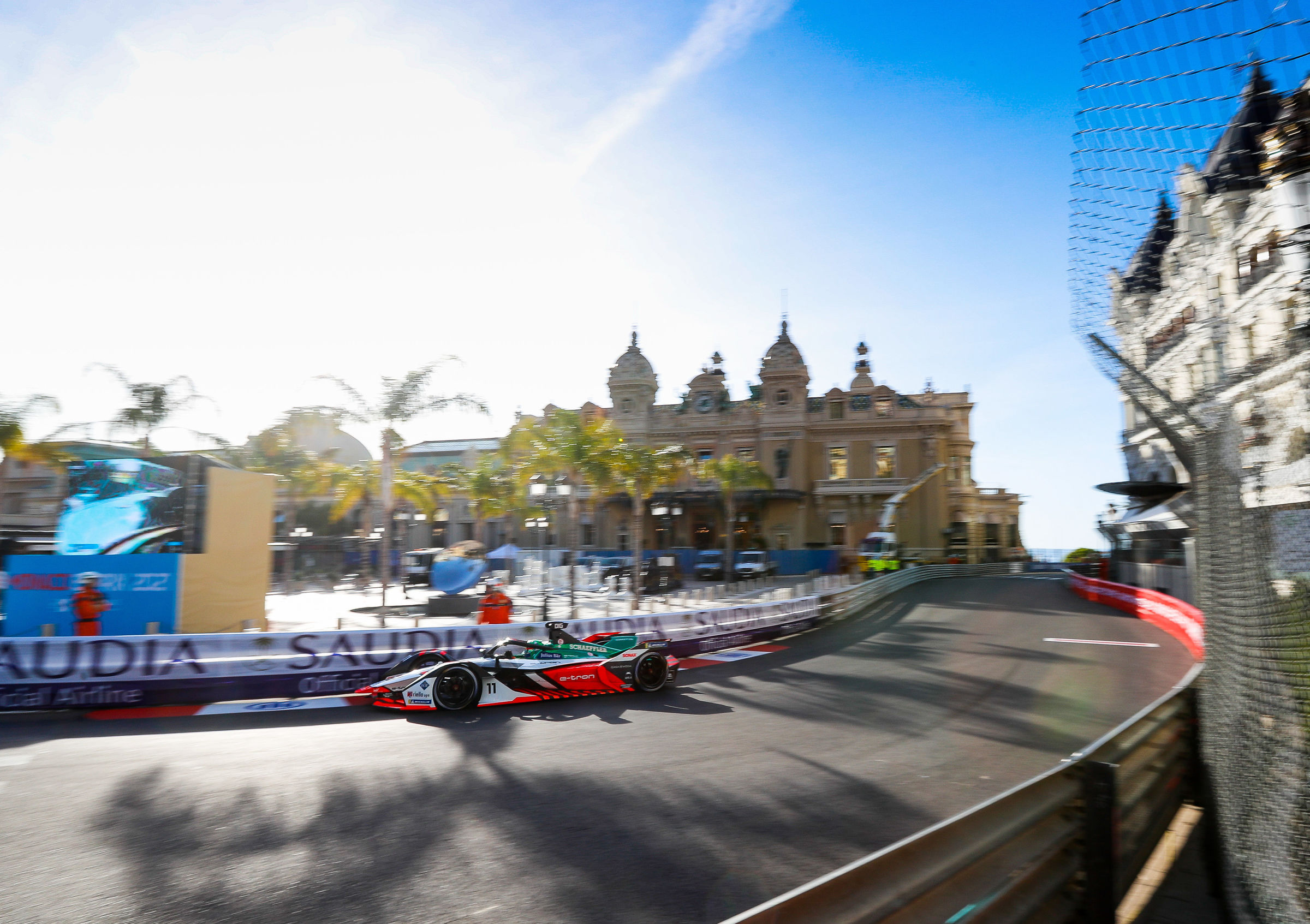 Spectacular Formula E premiere in Monaco: For the first time in its history, the electric racing series used the full version of the world’s most famous street circuit. The fans witnessed a breathtaking race with numerous overtaking maneuvers and lead changes that are rarely seen in Monaco.

“The race was a great advertisement for Formula E and electric racing,” said Allan McNish, Team Principal of Audi Sport ABT Schaeffler. “For us as a team, the race was unfortunately disappointing.”

René Rast touched the barriers on the 19th of 26 laps while battling for seventh place and retired with damaged left rear suspension. At this point, Rast had two percent more usable energy than most of the drivers in front of him and was in a strong position for the decisive final phase. The German also recorded the second fastest lap during the race.

Lucas di Grassi fought his way into the points after a difficult qualifying session in which the fastest four drivers were within just 0.059 seconds of each other. In eighth place, the Brazilian was touched by André Lotterer (Porsche) on the last lap, losing three positions and crossing the finish line in 11th.

The next two Formula E races will be held in Puebla, Mexico on June 19 and 20. The venue is just 60 kilometers away from the Audi plant in San José Chiapa, the company’s most modern and sustainable site on the American continent.