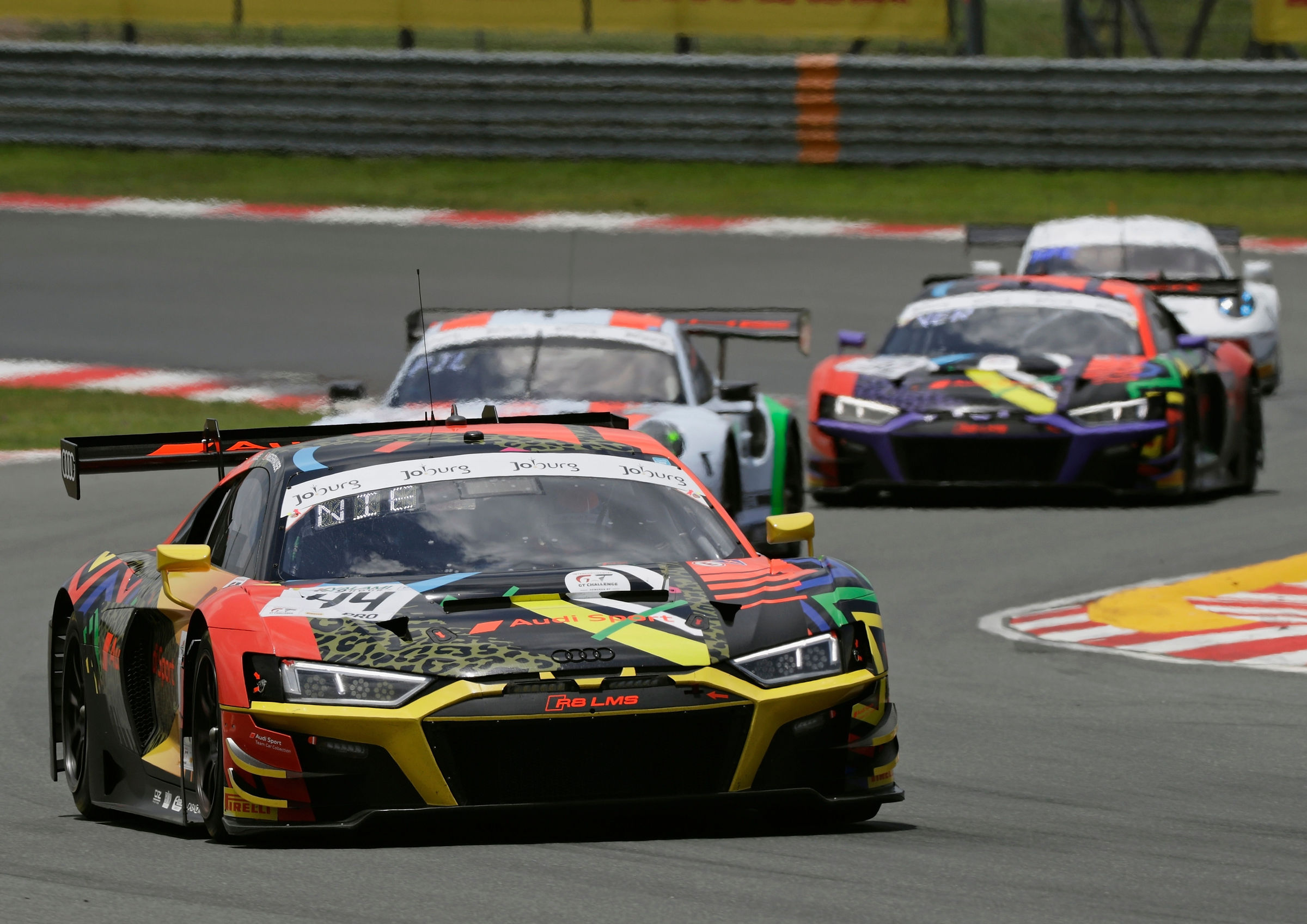 In an extremely thrilling finale of the Intercontinental GT Challenge (IGTC), Audi Sport Team WRT improved from seventh place to second position. Mirko Bortolotti/Frédéric Vervisch/Charles Weerts crossed the finish line 22 hundredths of a second behind the winners in the rain chaos behind the safety car. However, in addition to the joy about the improvement in the course of the race, there was also disappointment in the Audi camp: victory seemed within reach shortly before the end.

“We had already experienced two absolutely open and fiercely contested 24-hour races this year at the Nürburgring and Spa. Now we’ve also experienced nine hours of captivating sport in a balanced field at the finale at Kyalami,” says Chris Reinke, Head of Audi Sport customer racing. “The teams showed flawless pit stops, our strategy fitted perfectly and our drivers were extremely strong.” Four brands ended up in the top four positions and all five brands competing in South Africa took turns chasing the fastest race lap time and again. The drivers of each manufacturer improved their best lap time no fewer than 21 times. Three Audi teams were among the fastest in the field. Kelvin van der Linde/Dries Vanthoor/Markus Winkelhock from Audi Sport Team WRT managed to do the fastest lap seven times during the race. The fact that the three Audi Sport drivers only finished eighth in the end was due to the fact that they had the misfortune of being involved in an accident through no fault of their own shortly after the start. The subsequent change of a track rod on the rear axle cost the team four laps but the three pros did not lack fighting spirit. They lapped back twice before the finish. 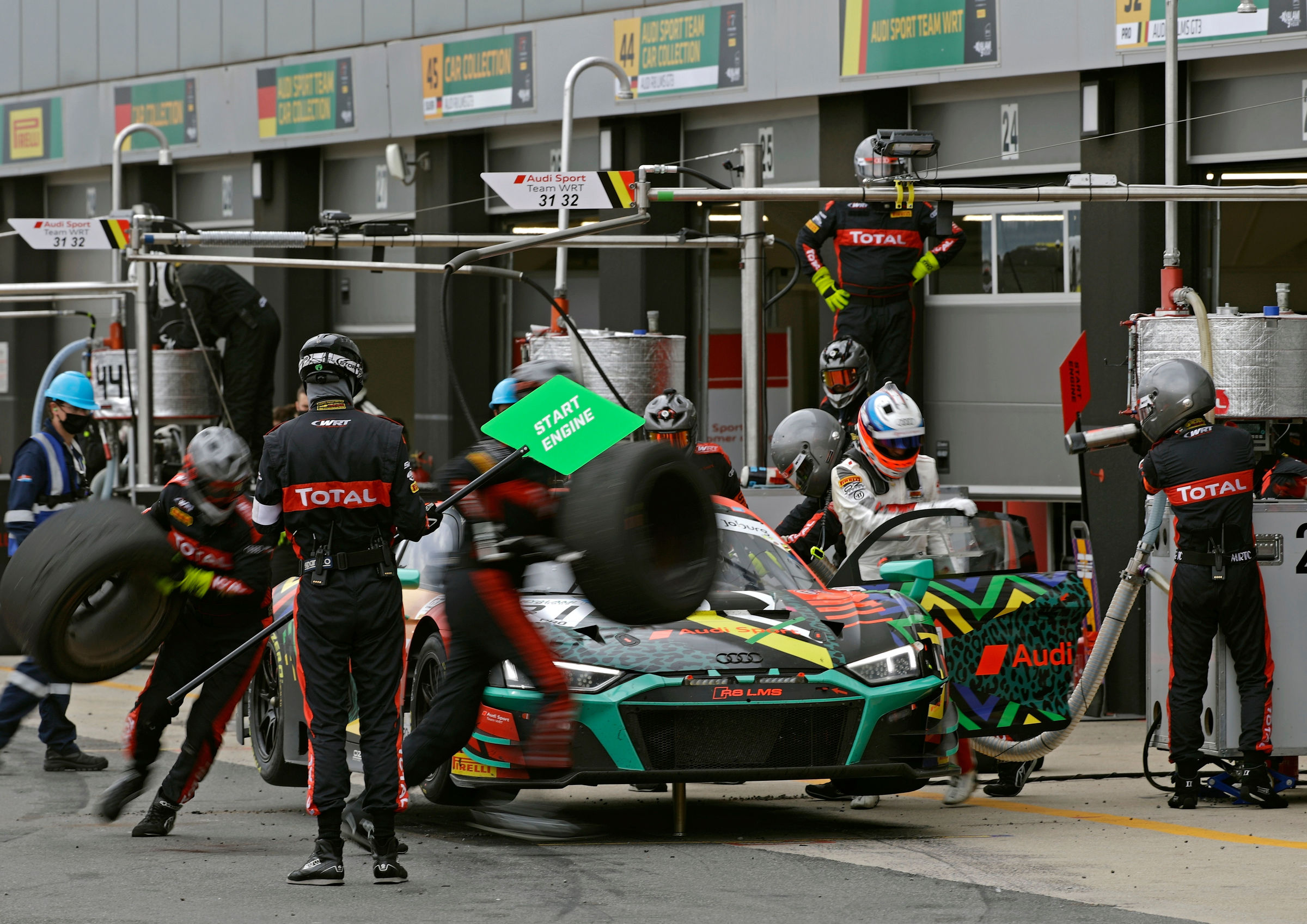 The two Audi Sport drivers Frédéric Vervisch and Mirko Bortolotti as well as rookie driver Charles Weerts from Audi Sport Team WRT had the race in their hands when torrential rain one hour before the end led to chaotic conditions. Behind the safety car, Vervisch led the race in the final hour but had to give one position back to the driver trio from BMW that eventually won. The reason: Race control accused Vervisch of an infringement in the pit lane exit after a stop. As a result, car number 32 with Mirko Bortolotti, who competed at Kyalami in his last race for Audi Sport, finished second together with Frédéric Vervisch and Charles Weerts.

Mattia Drudi/Christopher Haase/Patric Niederhauser were also unlucky in the difficult conditions on the circuit near Johannesburg. They were within striking distance of the front runners for Audi Sport Team Car Collection in second place in the final phase. However, with rain suddenly setting in, Drudi had no chance in aquaplaning, spun off the track and lost three positions. In the end, fifth place was a poor reward for the previous performances of the fast trio. Another Audi of Peter Schmidt’s team was also pleased with a finish in this demanding race. Privateer drivers Milan Dontje, Martin Lechman and Dennis Marschall crossed the finish line in eleventh place after 266 laps and as the only participants in their class won the Silver Cup classification of the race. 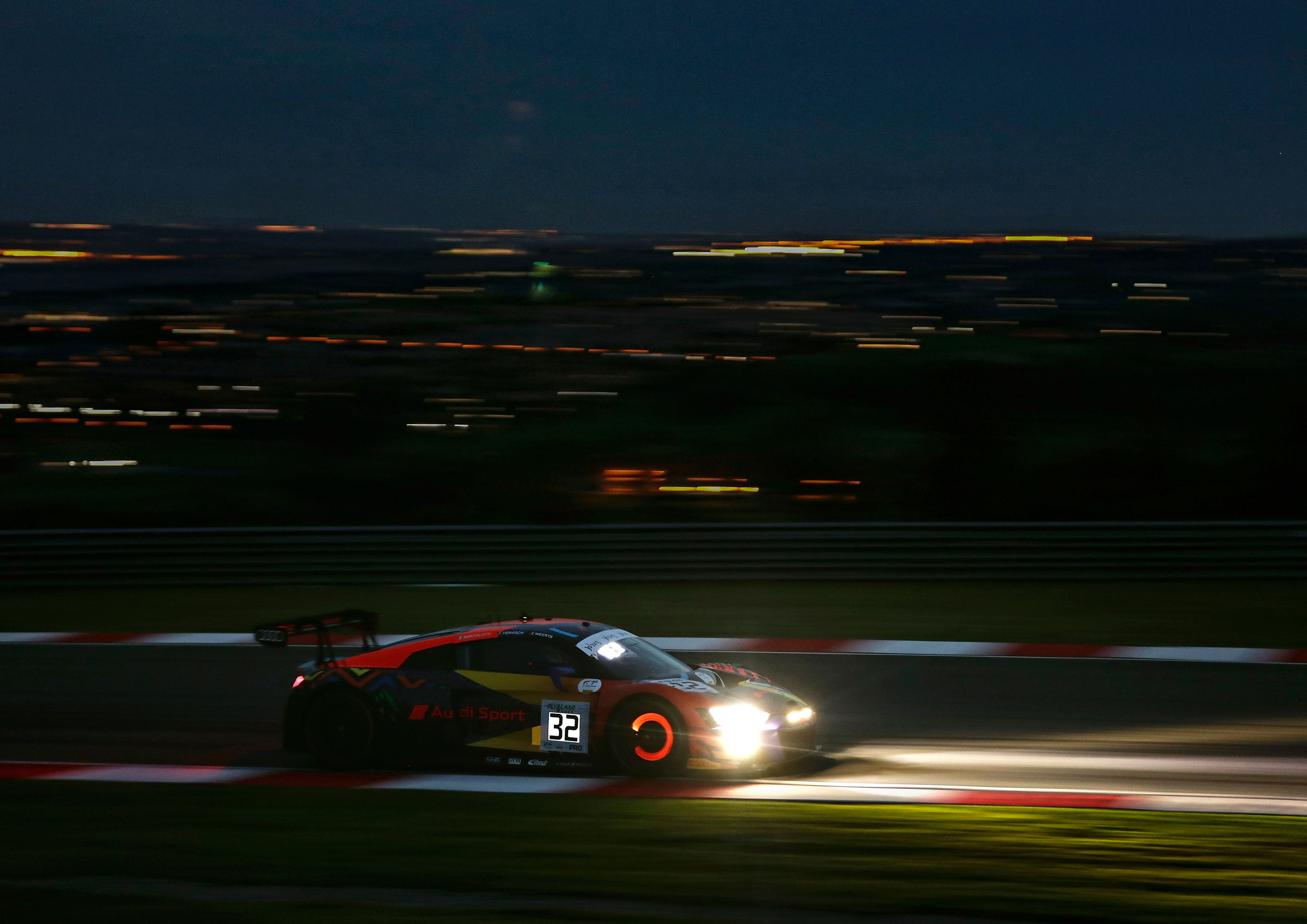 In the final standings of the Intercontinental GT Challenge, Audi Sport holds third place out of nine brands after four races on four continents. The best Audi Sport driver at the end was Frédéric Vervisch in fourth place in the drivers’ standings.