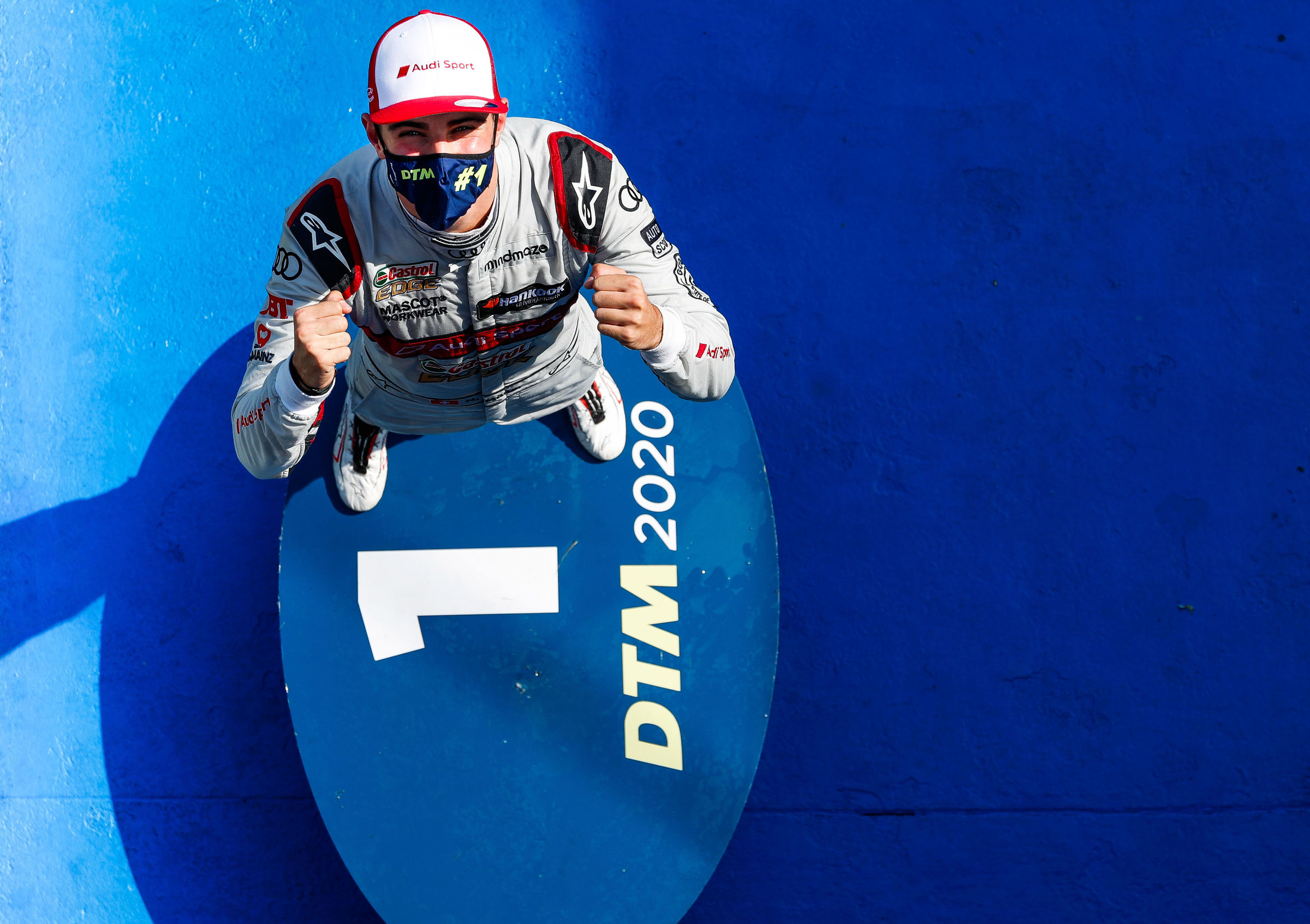 Halftime in the most compact season in DTM history: After nine of 18 scheduled races, title defender Audi is clearly leading all three championships of the touring car racing series. Championship leader Nico Müller from Audi Sport Team Abt Sportsline managed a perfect Saturday in the first of the four races at the Nürburgring.

With his fourth victory of the season, the Swiss extended his lead in the drivers’ championship to 43 points. The best BMW driver is already 124 points behind after nine races. In the teams’ standings, the three Audi Sport Teams Abt Sportsline, Rosberg and Phoenix maintained their top three positions. In the manufacturers’ championship, the score between Audi and BMW at the halfway mark of the season is 614:275.

“Perfect days like today are rare in the DTM,” said Nico Müller after his commanding victory in Saturday’s race at the Nürburgring. After setting the fastest time in free practice on Friday, the Audi driver secured pole position by 0.221 seconds, which is a big gap by DTM standards. During the race, the Swiss driver continued to pull away from his rivals and finally crossed the finish line with a 15.655-second lead. His fastest race lap was half a second clear of anybody else. “Today, everything simply worked for us,” said Müller. “My Audi felt mega. The team once again delivered a quick pit stop. The strategy was perfect and I was able to manage my tires well in the very long second stint. Today, we can just be happy. Thanks to Audi and the ABT team.”

Behind Nico Müller, defending champion René Rast from Audi Sport Team Rosberg crossed the finish line. “A second place is not a bad result,” said the two-time DTM champion. “However, the gap to Nico was huge. At the moment, he’s simply driving in a different league. He was already flying yesterday. Today, he was fast in qualifying and also in the race. At some point, he just disappeared. I instead had to fight with Robin (Frijns). Luckily he spun when he tried to overtake me.”

Frijns fell back from third to fifth due to his spin. “My attack may have looked a bit optimistic and spectacular on TV, but I have managed similar overtaking maneuvers before,” said Frijns, who, for a brief moment, literally became a “flying Dutchman”. “Before the pit stop, I was able to overtake René, but I was behind him again after the stop. When I attacked him, he defended himself well and I was forced onto the kerbs. As a result, I was briefly in the air with all four wheels and spun.”

Mike Rockenfeller from Audi Sport Team Phoenix profited from the Dutchman’s spin. Fourth place at his home race still didn’t make “Rocky” happy. “The gap to the top is simply too big and we’re not getting any closer,” said Rockenfeller. “We tried to get into a good position today with an early stop, however, my tires dropped off too much and that meant that I couldn’t really defend myself in the end.” 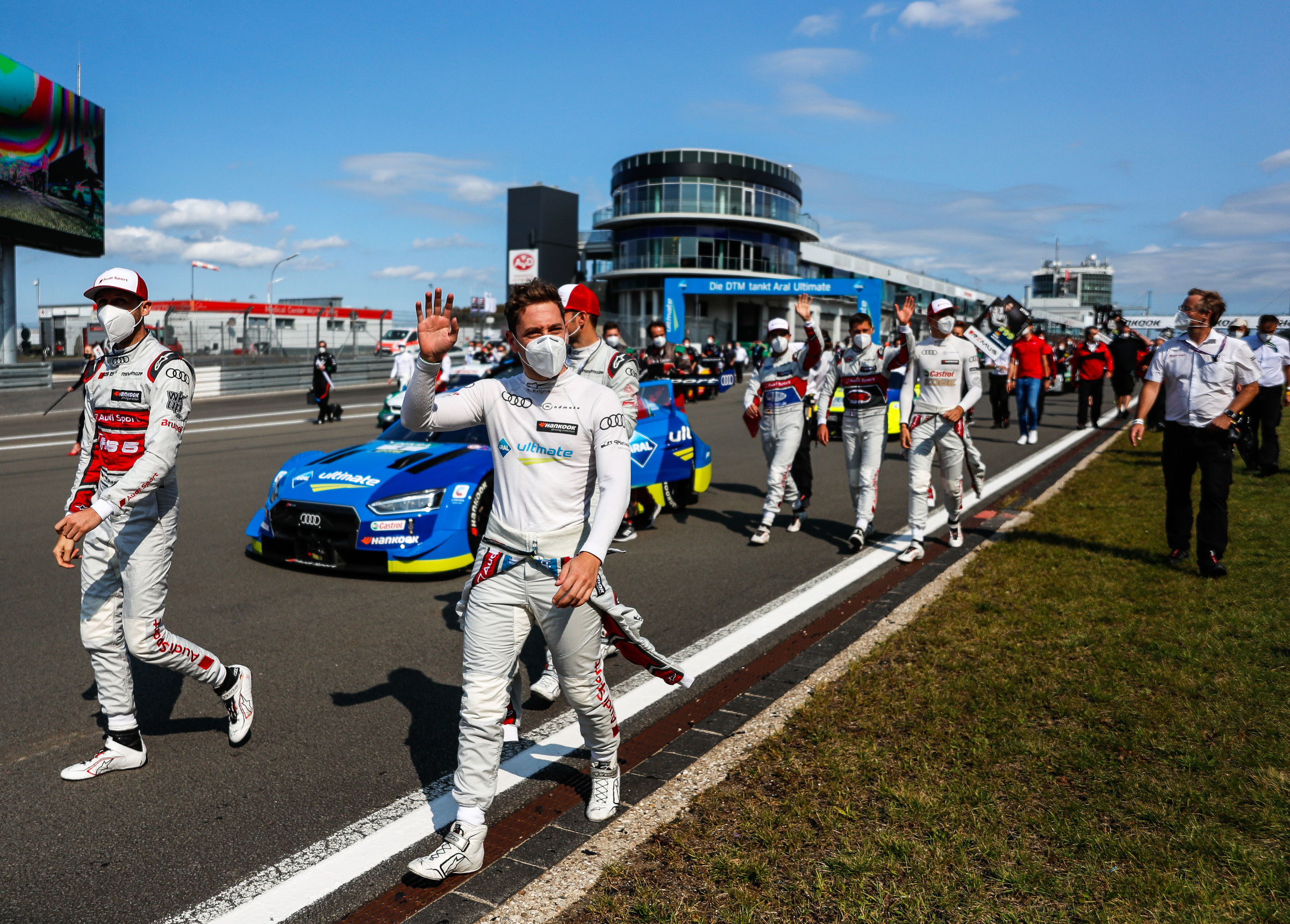 Teammate Loïc Duval was classified ninth after a 10-second time penalty. The Frenchman had accidentally crossed the white line at the pit entrance during his pit stop. Jamie Green was 13th, scoring no points. The Briton massively flat-spotted his tires on the hectic first lap and had to change tires after only six laps. The drivers of customer team WRT Team Audi Sport also missed out on scoring points on Saturday.

“It was an incredible first half of the season for Audi,” said Head of Audi Motorsport Dieter Gass. “We won most of the races in quite a dominant way. Nico was outstanding today, also compared to the other Audi drivers. He has put himself in a very good position for the rest of the championship. I’m already looking forward to the second half of the season.”

Audi has won seven of the nine races so far in the 2020 DTM season and achieved 21 of 27 possible podium finishes. They achieved five-fold triumphs on three occasions, twice they scored 1-2 finishes and a 1-2-3 victory once. Audi is unbeaten in qualifying in 2020 and has already clinched its 16th consecutive pole position across two seasons. All of the additional qualifying points so far have been scored by four Audi drivers: Frijns (19), Müller (16), Rast (13) and Duval (6). For the fastest race laps, the score is 8:1 between Audi and BMW.

Audi RS 5 DTM on the Nürburgring Grand Prix circuit for the first time Five-fold success for Audi in the DTM: Frijns wins amid Müller drama
Scroll to top