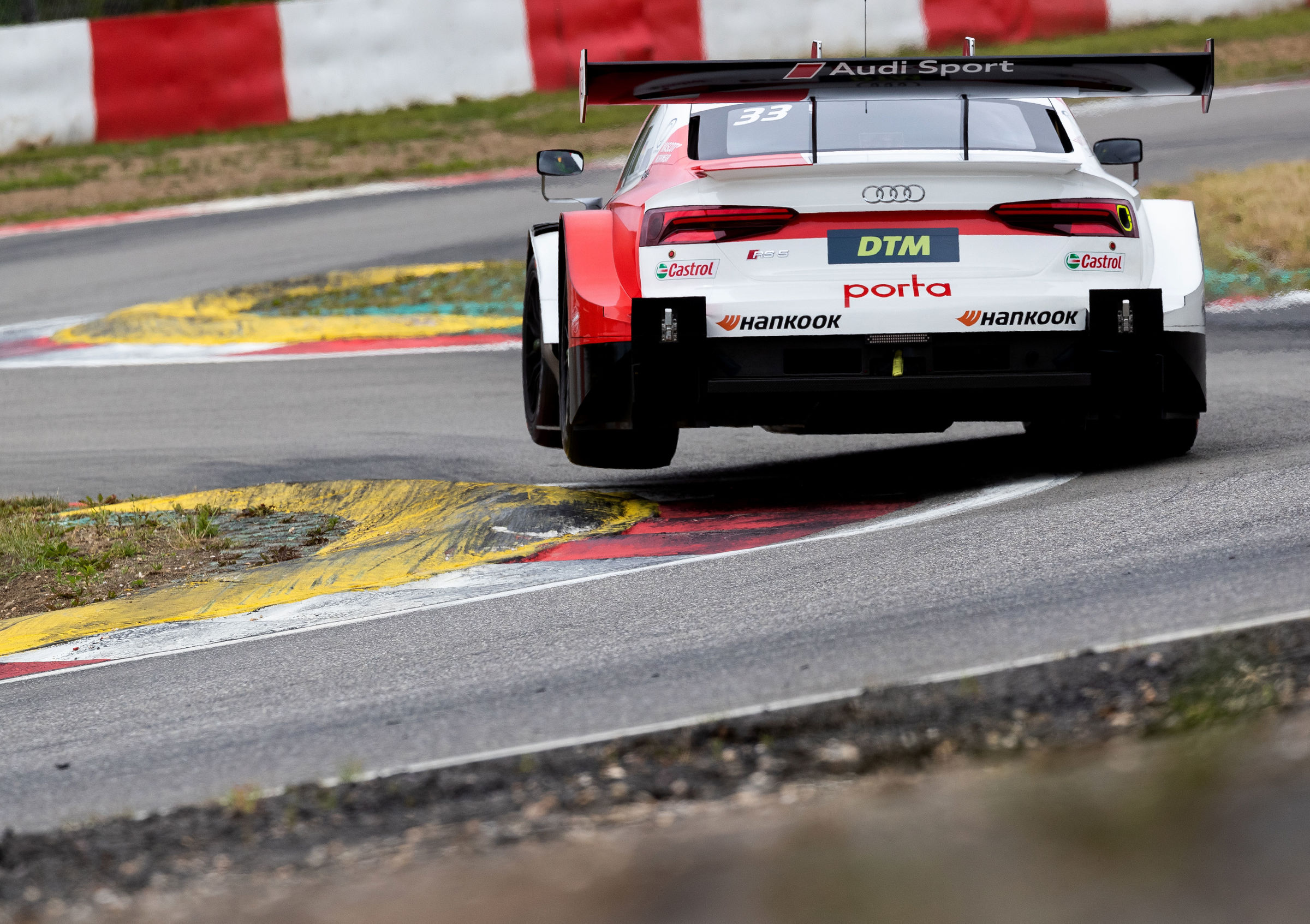 Walter Röhrl, Frank Biela, Laurent Aiello, Mattias Ekström, Martin Tomczyk, Miguel Molina, Edoardo Mortara, René Rast, Jamie Green: The list of Audi drivers who have won a DTM race at the Nürburgring reads like a small “Who’s who” of touring car racing. Over the next two weekends (September 12–13 and September 19–20), there will be four more opportunities to be added to the list of winners.

The Nürburgring is the race track with the longest history in Germany and the only one that has been part of the DTM calendar every year since 1984. Audi has celebrated 15 victories in the DTM at the Nürburgring. The first in 1990 with rally world champion Walter Röhrl at the wheel of the Audi V8 quattro. All of the other DTM racing cars from Audi are also on the list of winners.

“I’m really looking forward to the next two weekends, especially to the first two races,” says Head of Audi Motorsport Dieter Gass. “I have been pushing for a long time that we should finally race on the Grand Prix circuit in the DTM and not just on the short track. I’m expecting great racing on this version.”

In May 2001, the DTM last used the Nürburgring’s Grand Prix circuit. Since then, only the sprint version, which is about 1.5 kilometers shorter, has been used. The Audi drivers are particularly looking forward to the longer and fast track.

“Fast corners are particularly a lot of fun with the Audi RS 5 DTM,” says championship leader Nico Müller. Last year, the Swiss driver experienced his worst DTM weekend in the Eifel region, where he lost the title fight against his Audi teammate René Rast. “Luckily, we had a productive test at the Nürburgring this year before the start of the season, during which I was able to make peace with the track again. I’ve actually always felt very comfortable there and experienced many good races and emotions. For example in 2015, with my success in the Nürburgring 24 Hours, when I won my first major race with Audi.”

Müller’s teammate and currently the fiercest pursuer in the DTM drivers’ championship is also a fan of the Eifel circuit. “The Nürburgring is one of my favorite tracks,” says Robin Frijns. “Last year, I almost celebrated my first DTM victory there. The Grand Prix circuit offers more overtaking opportunities than the sprint circuit. In general, I like longer tracks more than short ones.”

Defending champion René Rast achieved a perfect DTM weekend at the Nürburgring in 2018 with two pole positions, two lights-to-flag victories, two fastest race laps and the maximum number of points. In 2019, the Audi driver secured his second DTM drivers’ title early in the Eifel region. “The Nürburgring is something special for me,” says Rast. “I’ve won a lot of big races there, for example the 24-hour race with the Audi R8 LMS in 2014. A life-long dream came true for me there.” When he talks about the Grand Prix circuit, the reigning champion gets a twinkle in his eyes. “The Schumacher chicane should be flat out with our car. I am very much looking forward to the new challenge.” 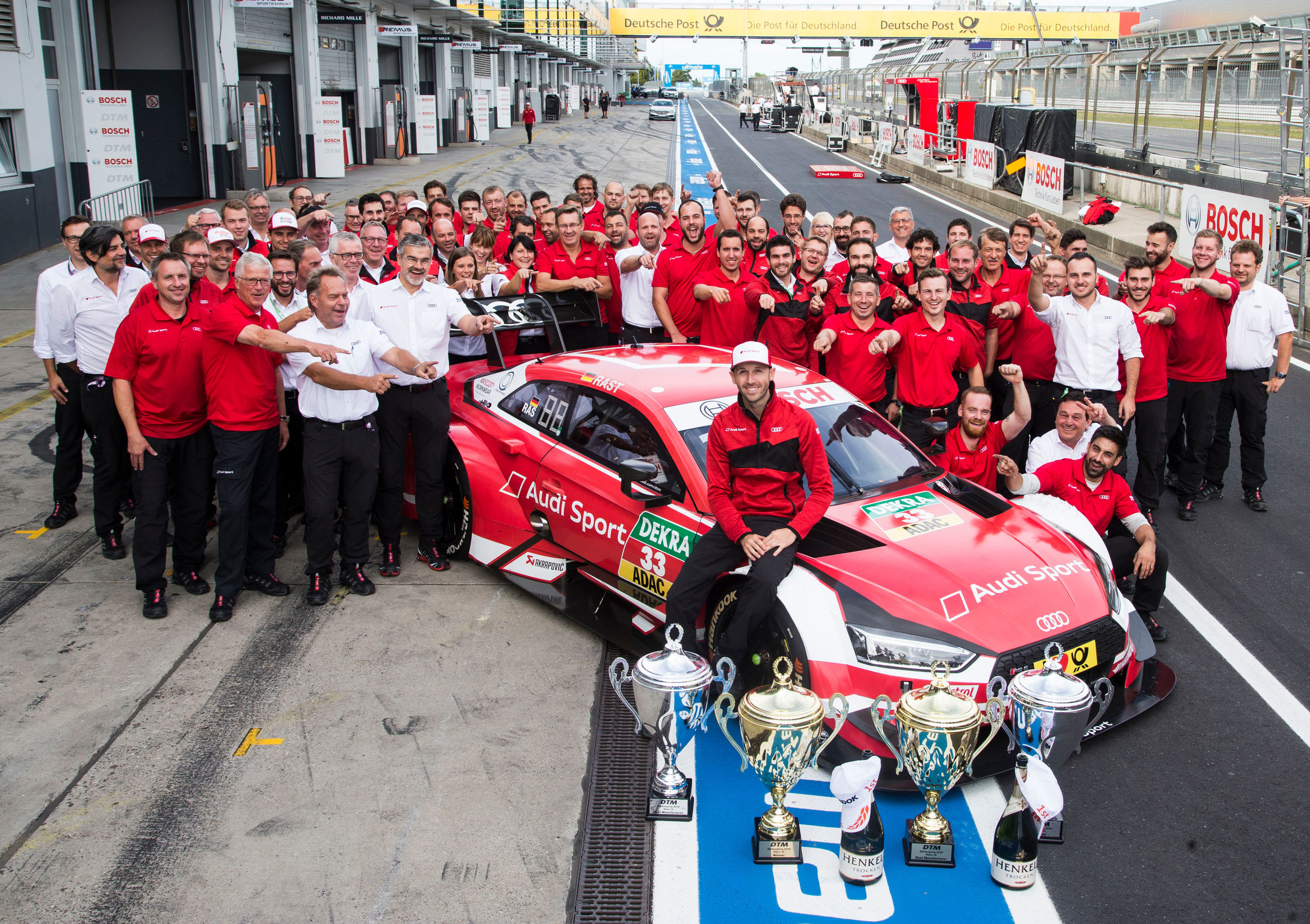 Jamie Green won last year’s Sunday race at the Nürburgring. “The Nürburgring has always been on the DTM calendar, so I have been there many times before,” says the Briton. “I won a race there in Formula 3, but in the DTM I had to wait a long time for a victory. The strange thing is that for 14 years I only raced on the sprint circuit. I only had my first experience on the Grand Prix circuit last year in a race with the Audi R8 LMS. This is the better version of the track. It’s great that we’re driving on it with the DTM car now!”

Loïc Duval also raves about the Nürburgring: “This place has so much history. It is always great to go there. The track is very technical with quite a lot of tire wear. Last year, I had great fights there. It’s cool that we’re also driving on the Grand Prix circuit this year. The last time I drove on this version, which I prefer, was in 2016 with the LMP1 car from Audi. I remember that we finished on the podium.”

For Mike Rockenfeller, born in Neuwied, and Audi Sport Team Phoenix from Meuspath, the Nürburgring is a real home race. “Unfortunately, it hasn’t brought us too much luck and success so far,” says “Rocky.” “But, in the DTM every race day is a new chance. The Nürburgring is one of the most fascinating facilities in motorsport around the world. I’m looking forward to driving on both track layouts in the DTM and then the 24-hour race on the Nordschleife. I hope to bring home a few trophies.”

Double podium for Audi in the rain at Assen Audi driver Nico Müller leads at halfway mark of DTM season after commanding...
Scroll to top