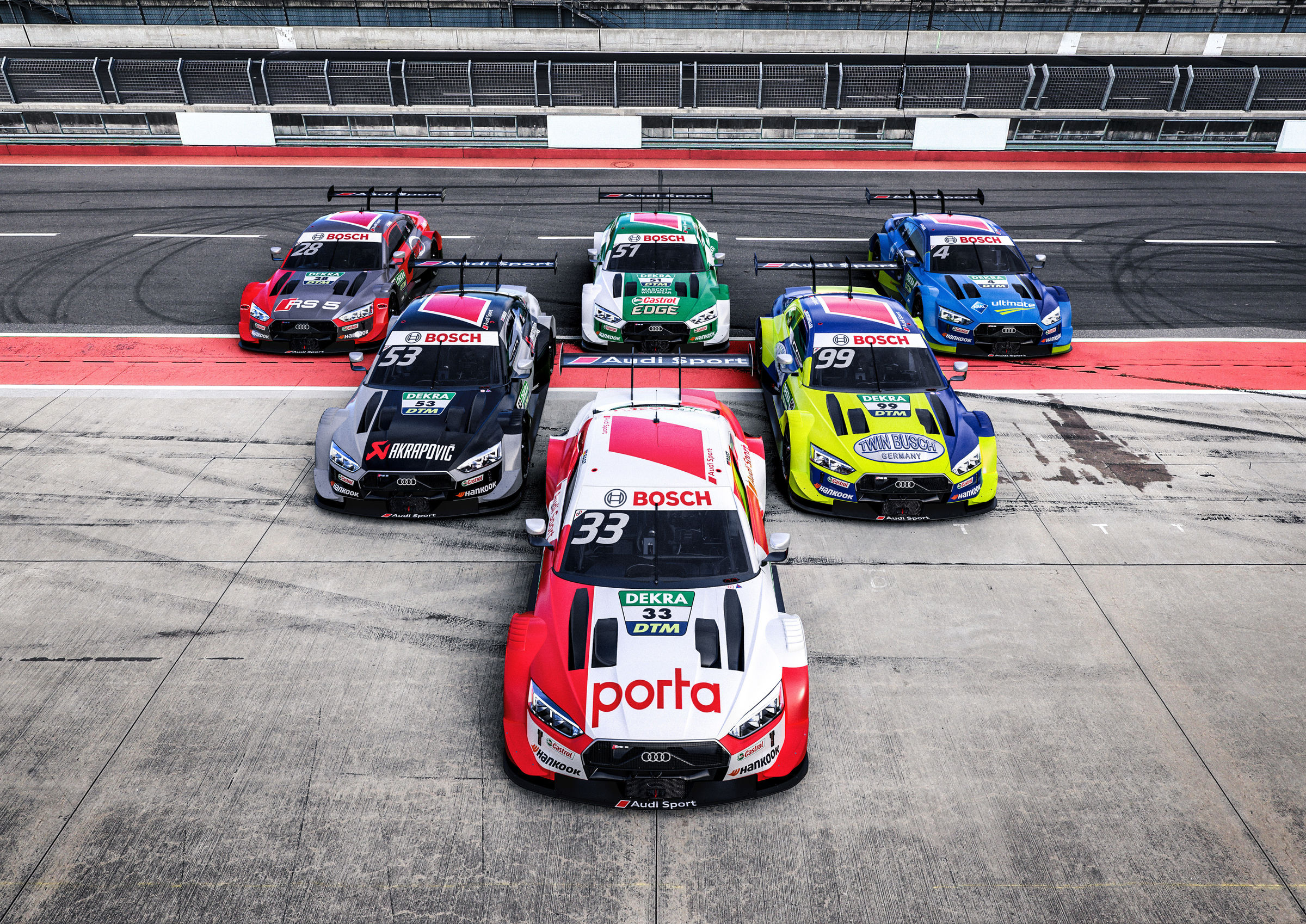 Next weekend (August 1–2), the most compact DTM season of all time, all within just 100 days, will kick off on a very special race track: For the first time, the Audi RS 5 DTM will compete at Spa-Francorchamps in Belgium.

Sections of the circuit with resounding names such as La Source, Eau Rouge, Blanchimont or Pumont make the hearts of motorsport fans and racing drivers beat faster. “Right at the start of the season, Spa is THE highlight on this year’s DTM calendar,” says Head of Audi Motorsport Dieter Gass. “It’s one of the classic drivers’ circuits that everyone loves. I expect great slipstreaming on the straights and two very thrilling races. In addition, you’ve always got to be prepared for anything regarding the weather in the Ardennes.”

So far, the DTM has only once raced at Spa-Francorchamps: In 2005, Mattias Ekström and Tom Kristensen secured a double podium with the A4 DTM for Audi Sport. At that time, a DTM car had an output of about 460 hp. Today, with push-to-pass, the Audi technicians produce more than 610 hp from the compact and highly efficient four-cylinder turbo engine in the RS 5 DTM. This corresponds to an additional output of around 30 percent, while at the same time, significantly reducing fuel consumption.

Benoît Tréluyer was impressed after having had the privilege of testing the current Audi RS 5 DTM for a day in the Ardennes in July. “The RS 5 seems to be made for Spa,” says the Frenchman. “It’s a dream to drive this car flat out through Eau Rouge. The many changes of direction are also fun. The drivers will love Spa and so will the fans at home in front of the TV screens. I’m expecting some very special races and I’m definitely going to be sitting in front of the TV and watching them.”

The six Audi factory drivers are all looking forward to the DTM comeback at Spa. Most of them have a very special relationship with the Belgian circuit. Nico Müller won his first race in a car there in 2008. “That was in Formula Renault, on my fourth race weekend ever,” recalls the runner-up of the 2019 DTM season. “I’ve got lots of great memories of this circuit. To be able to drive the Audi RS 5 DTM at Spa is a dream and I’m happy that it will come true. It’s going to be spectacular.”

Robin Frijns’ best Spa moment comes from the same period. “I drove in Formula BMW back then and won the race after passing for the lead around the outside,” says the Dutchman. “Racing is always good at Spa. There are some good overtaking spots on this nice flowing high-speed track.”

Loïc Duval celebrated his first victory as an Audi factory driver at Spa. “That was in the WEC in 2012. It was only my second race for Audi and immediately a victory together with Marc Gené and Romain Dumas. It was a typical Spa race with changing conditions: sometimes dry, sometimes wet. I hope we’ll have a bit more luck with the weather at the beginning of August. I’m really looking forward to one of the best circuits in Europe.” 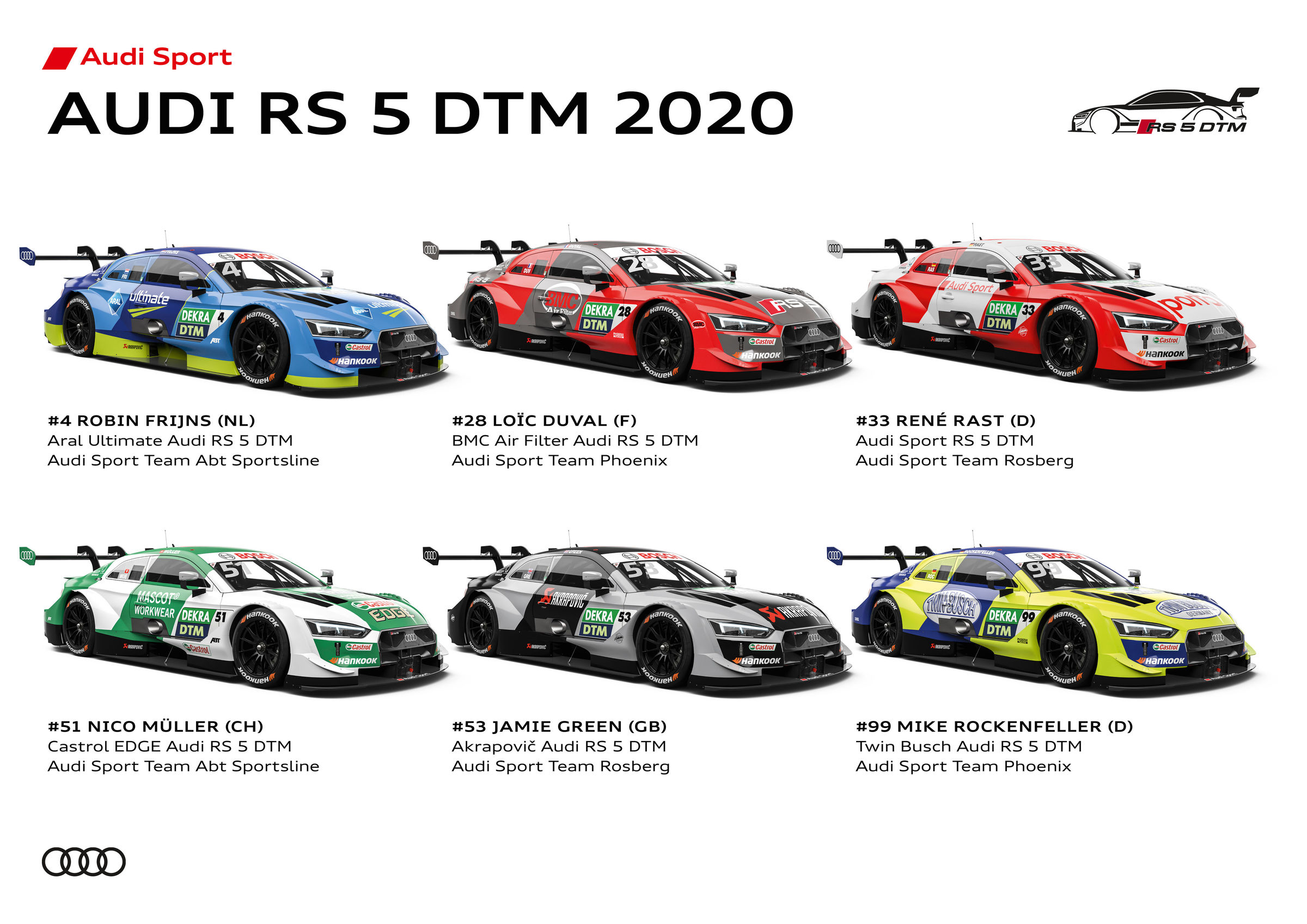 Mike Rockenfeller also fondly remembers a sports car race at Spa. “Competing against Peugeot in the 2008 Le Mans Series with the R10 was a great experience,” says “Rocky.” “But, also my victory in the 24-hour race in 2005. I can hardly wait to finally get started with the DTM season on such a magnificent circuit, but it will also be a real challenge to get everything right straight away without much preparation.”

René Rast especially likes to remember his two victories in the Spa 24 Hours. “In 2014, I was able to win the race by overtaking the leader 15 minutes before the end and I was completely dehydrated at the finish,” says the defending DTM champion. “The anticipation that the DTM will finally get underway is huge, even more at Spa, one of my favorite race tracks. It’s a really challenging circuit with corners where you need to be brave, especially in qualifying. It’s going to be a cool event.”

Jamie Green is the only driver from the current field who participated in the DTM debut at Spa back in 2005. He also knows the track from the simulator and the Audi R8 LMS: “I’ve driven the 24-hour race at Spa three times so far and qualified for the Top 20 Super Pole each time,” says the Briton.