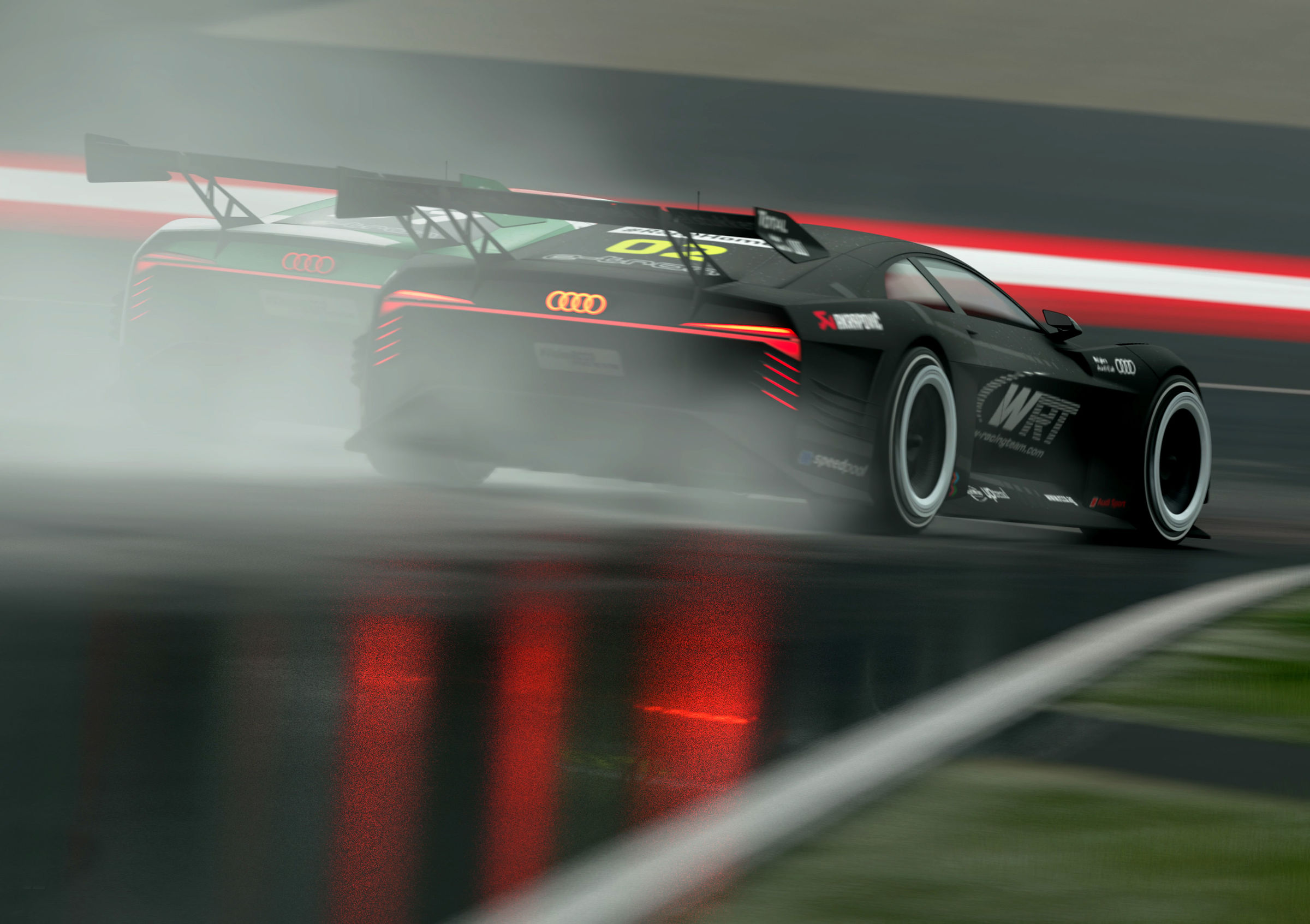 Comprising of a total of fifteen cars, the field of drivers had to adapt to wet track conditions for the first time this season during the eighth round of the #RaceHome charity racing series. In the virtual race at the Red Bull Ring, Michael Bräutigam, in particular, coped well with the lower grip of the rain-slick surface. The motorsport journalist piloted the WRT Audi e-tron Vision Gran Turismo as a guest driver and confidently entered the super final. Bräutigam skillfully used his experience as a hobby racer and sim racer. In the final one-on-one duel, he raced against Audi DTM driver and #RaceHome leader Nico Müller. The Swiss also demonstrated his driving skills in the rain, but ultimately had to settle for second place behind Bräutigam, who clinched the second victory of the season for the WRT Team Audi Sport squad. Audi Sport Team Abt Sportsline secured the teams’ championship before the two remaining rounds on June 16 and 23. The virtual series is on hold during the DTM test week at the Nürburgring from June 8 – 11.