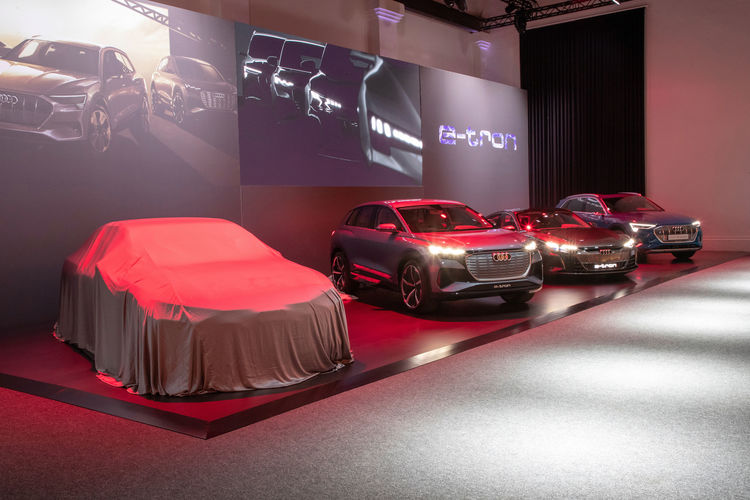 Two months after taking office as the new CEO at Audi, Markus Duesmann is setting up a unit for the accelerated development of additional automobile models. The head of the “Artemis” high-tech project will be Alex Hitzinger, a successful motorsport chief engineer and currently in charge of autonomous driving in the Group. He will work with a team of automotive and technology experts to – as a first step – “develop a pioneering model for Audi quickly and unbureaucratically,” says Duesmann. Resources and technologies of the entire Volkswagen Group are potentially available for this. Duesmann and his Volkswagen Group colleagues also expect the “Artemis” project to provide a blueprint for the future agile development of cars throughout the Volkswagen Group.

“The Volkswagen Group’s brands stand for excellent technologies – and have potential for much more,” said the Chairman of the Board of Management of AUDI AG, Markus Duesmann. “With 75 planned electric models by 2029, the current electric initiative at the Volkswagen Group naturally ties up all our capacities. The obvious question was how we could implement additional high-tech benchmarks without jeopardizing the manageability of existing projects, and at the same time utilize new opportunities in the markets.” The project team will be given a large degree of freedom and will work globally, from the high-tech hub of the INCampus in Ingolstadt to the west coast of the United States. Digital services will be provided by the Group’s own unit, car.Software.org, which is also based in Ingolstadt. “Artemis” will focus on new technologies for electric, highly automated driving with a specific model reference. Its first task is to create a highly efficient electric car that is scheduled to be on the road as early as 2024. The creative team will also develop an extensive ecosystem around the car, thus designing a new business model for the entire usage phase.

Alex Hitzinger will be the head of the “Artemis” project, reporting directly to Markus Duesmann as of June 1, 2020. Hitzinger was until now Board of Management Member for Technical Development at Volkswagen Commercial Vehicles, as well as Senior Vice President of the Volkswagen Group with responsibility for autonomous driving. “I value Alex Hitzinger for his strengths in innovation and implementation. We need both qualities to make major technological advances,” stated Audi CEO Duesmann, who also has overall responsibility for research and development at the Volkswagen Group. “I am also relying on his expertise to integrate future achievements into new products together with the development departments of our major Group brands. In the medium term, I expect ‘Artemis’ to provide a blueprint for a fast and agile development process at the Group, as agile as in a racing team.”

Hitzinger started his automotive career as a development engineer at Toyota Motorsport. At Ford/Cosworth, he was the youngest chief development engineer in Formula 1. Under his leadership, the first Formula 1 engine with a speed range of up to 20,000 rpm was created in 2006. After Red Bull Technology, Hitzinger joined the Volkswagen Group for the first time and built up the highly successful motorsport team at Porsche that won the 24 Hours of Le Mans and the Endurance World Championship from 2015 to 2017. After three years at Apple in Silicon Valley, where he set up and managed product development for autonomous vehicles, Hitzinger returned to the Volkswagen Group in 2019 to develop autonomous driving and the ID. BUZZ at VW Commercial Vehicles.

WATCH: ROUND 6 OF THE ABB FORMULA E RACE AT HOME CHALLENGE WRT guest driver Bräutigam wins rainy round in Spielberg
Scroll to top