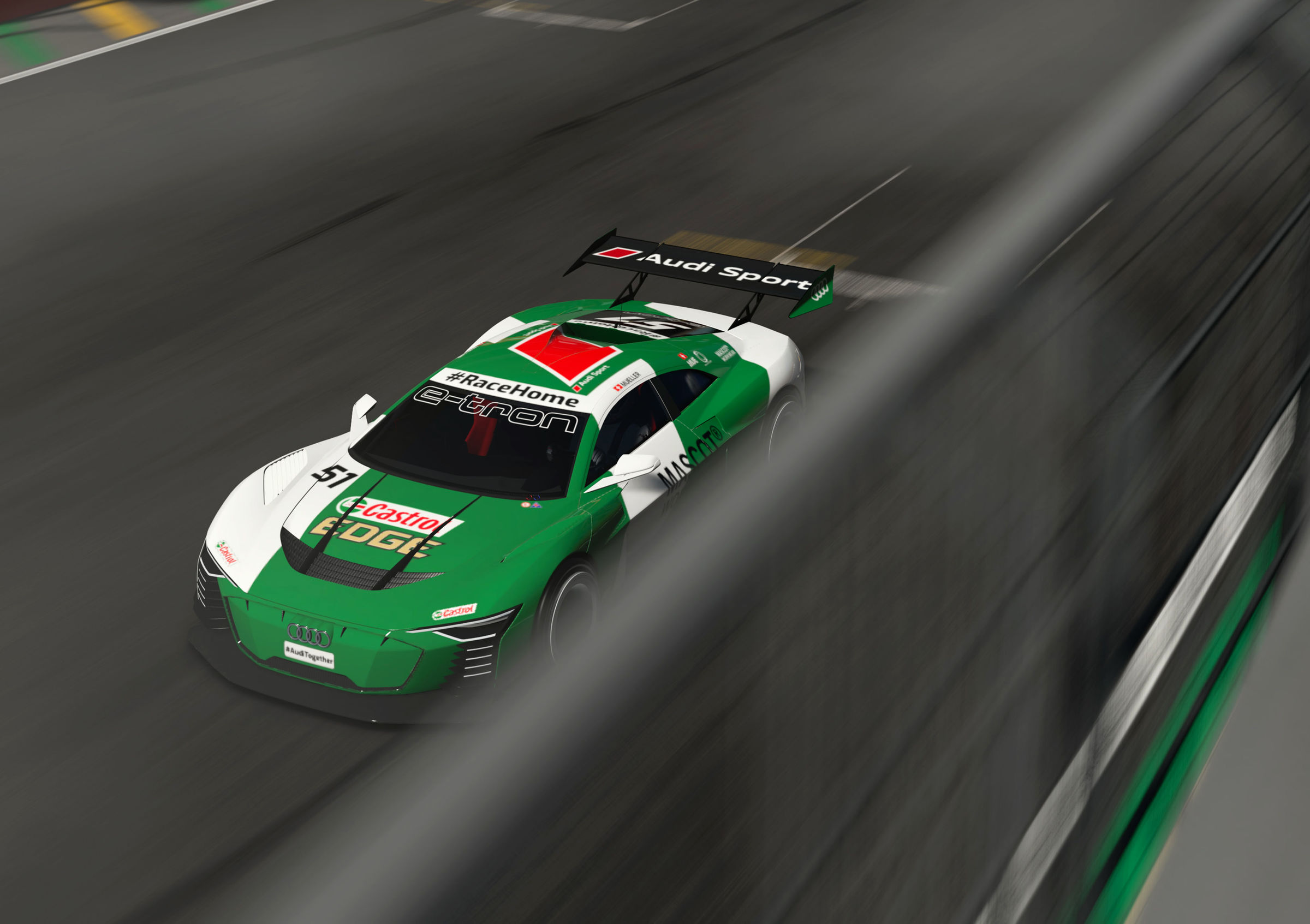 For the fourth race of the virtual #RaceHome charity racing series, the random selection of the circuit fell on the 4.309-km Autódromo de Interlagos in Brazil. After finishing second in last week’s race, Audi DTM driver Nico Müller reached the podium again with his Castrol EDGE Audi e-tron Vision Gran Turismo, this time as the winner. During the event, the guest drivers, Audi Sport driver Kelvin van der Linde with WRT Team Audi Sport and Jaimy van Eldijk from the Netherlands, again showed strong performances in the PlayStation racing game Gran Turismo. With victories in their qualifying races, both of them made it to the semi-finals and ultimately just missed the super final. The final battle was carried out by the two Audi DTM teammates Müller and Jamie Green. Green qualified for the super final after taking second place in a thrilling photo finish ahead of guest starter van Eldijk in the semi-final. In the end, however, the Swiss Müller secured his first #RaceHome success with a comfortable margin over Green. Audi Sport Team Abt Sportsline also extended its lead in the teams’ classification before the next race, which will take place on May 19.