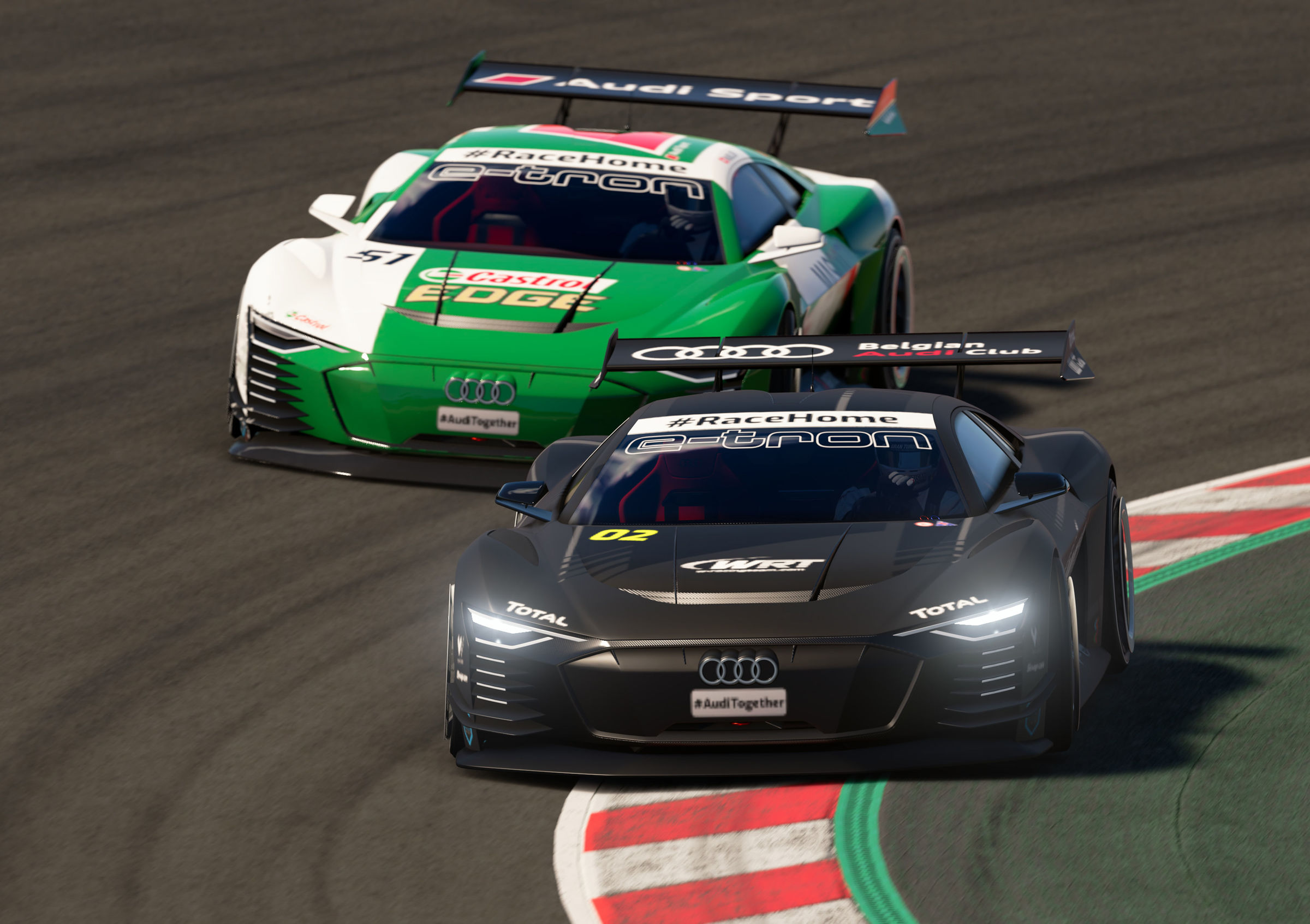 In the third round of the #RaceHome charity racing series, Dries Vanthoor, the latest guest driver, was the victor.

The 22-year-old GT driver can already look back on numerous successes within the Audi Sport customer racing customer sport program. Now, the Belgian has also demonstrated his skills in virtual racing with the Audi e-tron Vision Gran Turismo and secured the first victory for the WRT Team Audi Sport squad. Vanthoor prevailed against a total of 14 competitors on the Barcelona Grand Prix race track. However, in the all-important showdown between Vanthoor and Audi DTM driver Nico Müller, it was impossible to predict who would win the third round – even in the final few meters before the finish. For spectators, the battle on track between the Belgian and the Swiss resulted in an enthralling final, which Vanthoor finally won with a very narrow lead of just five hundredths of a second. In addition to his first podium finish, Müller also achieved the overall fastest lap time and, together with his teammate Robin Frijns, took the lead in the teams’ classification for Audi Sport Team Abt Sportsline.

The winner of the next #RaceHome charity racing series round will be determined next Tuesday, May 12. More information at racehome.rcco.ag.