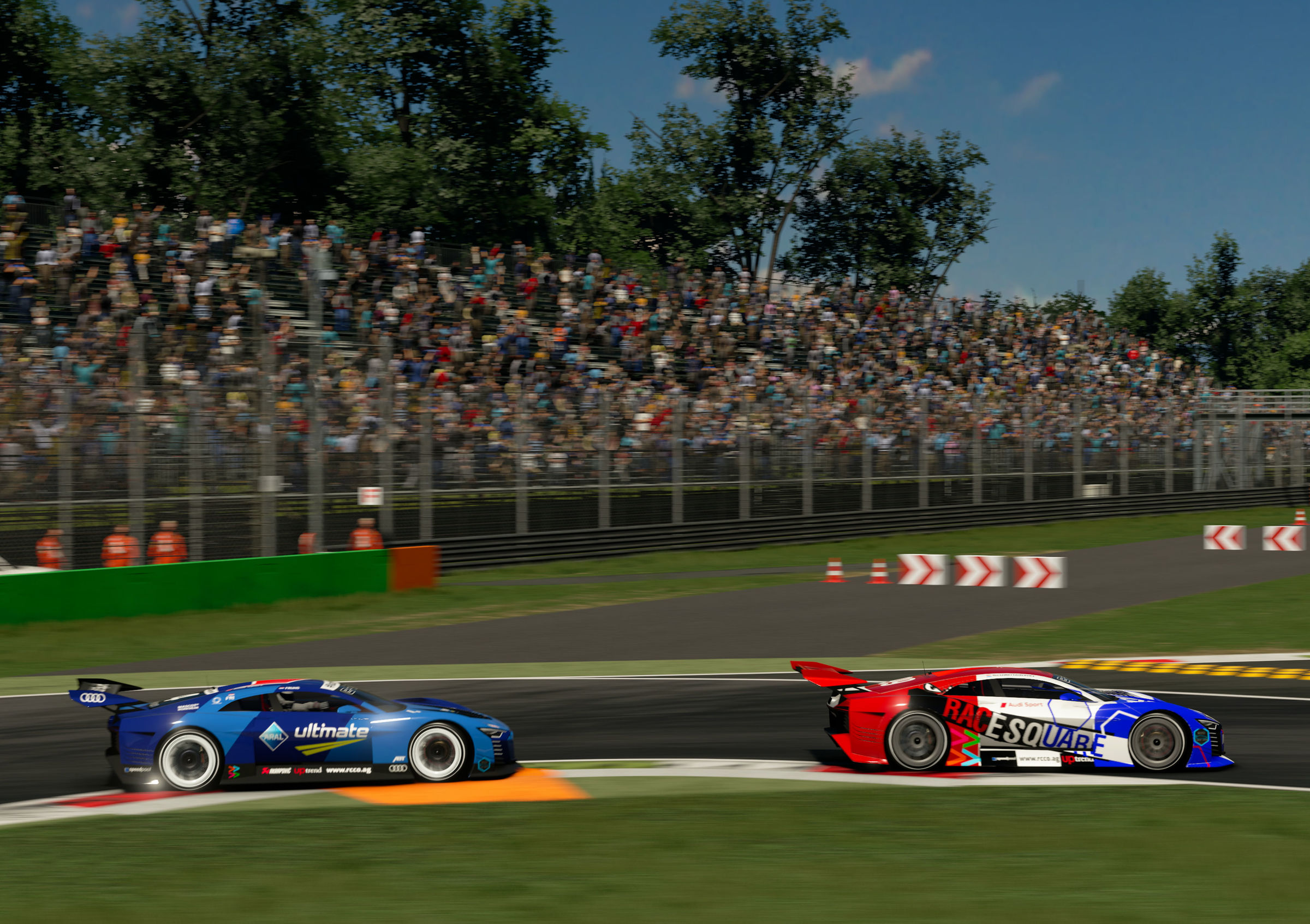 At the end of the second race of the #RaceHome charity racing series, a guest driver was crowned the victor again.

Pim Sterenberg won the virtual race on the PlayStation. The Dutchman successfully convinced the jury, consisting of the six Audi DTM drivers, with his entry in the design competition for the Audi e-tron Vision Gran Turismo, thus securing the slot on the grid for the race, which was held on the Italian Grand Prix circuit of Monza. In the final, there was an exciting showdown over one lap between Sterenberg and his compatriot Robin Frijns. For the second time in a row, the Audi factory driver qualified for the final race. But just like in qualifying and in the semi-finals, the 28-year-old had to settle for second place behind Sterenberg in the final. In the drivers’ championship, Frijns collected enough points to take the lead. Thanks to Sterenberg’s triumph, the driver community of guest starters from the design competition defended first place in the teams’ standings.