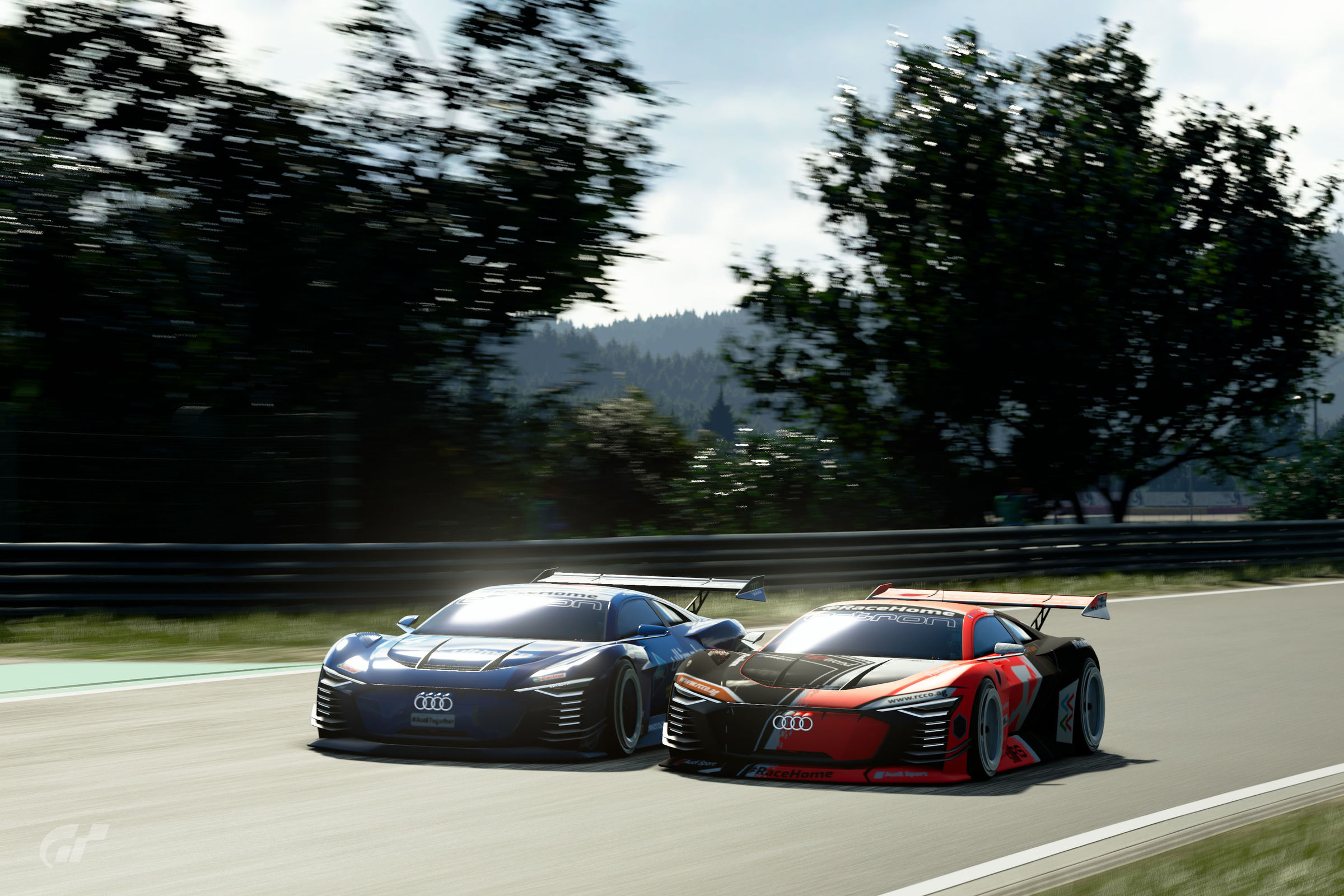 At the start of the virtual #RaceHome charity racing series, the six Audi DTM factory drivers demonstrated their skills in the digital racing world of the Gran Turismo console game.

Mike Rockenfeller, who co-founded the charitable series in favor of freelance motorsport journalists, and his five Audi teammates competed against each other in the Audi e-tron Vision Gran Turismo, together on track with six sim racers, an Audi employee as a guest driver and the design contest winner. The contest invited fans to submit their designs for the electric sports car from Audi via social media in order to win a spot on the #RaceHome grid. The lucky winner, Alexis Chambon from France, ultimately left the competition trailing in his wake on the virtual circuit of Spa-Francorchamps. After being victorious in qualifying and taking second place in the semi-finals, Chambon faced off against Audi DTM driver Robin Frijns in the winner-takes-all final race. Frijns seemed to be in control of the duel on the seven-kilometer loop through the Ardennes, until the last chicane before the finish, where he made his only mistake, enabling Chambon to take victory.

The new racing format, supported by Audi, will be held weekly. The next round will take place on Tuesday, April 28. More information can be found at racehome.rcco.ag.