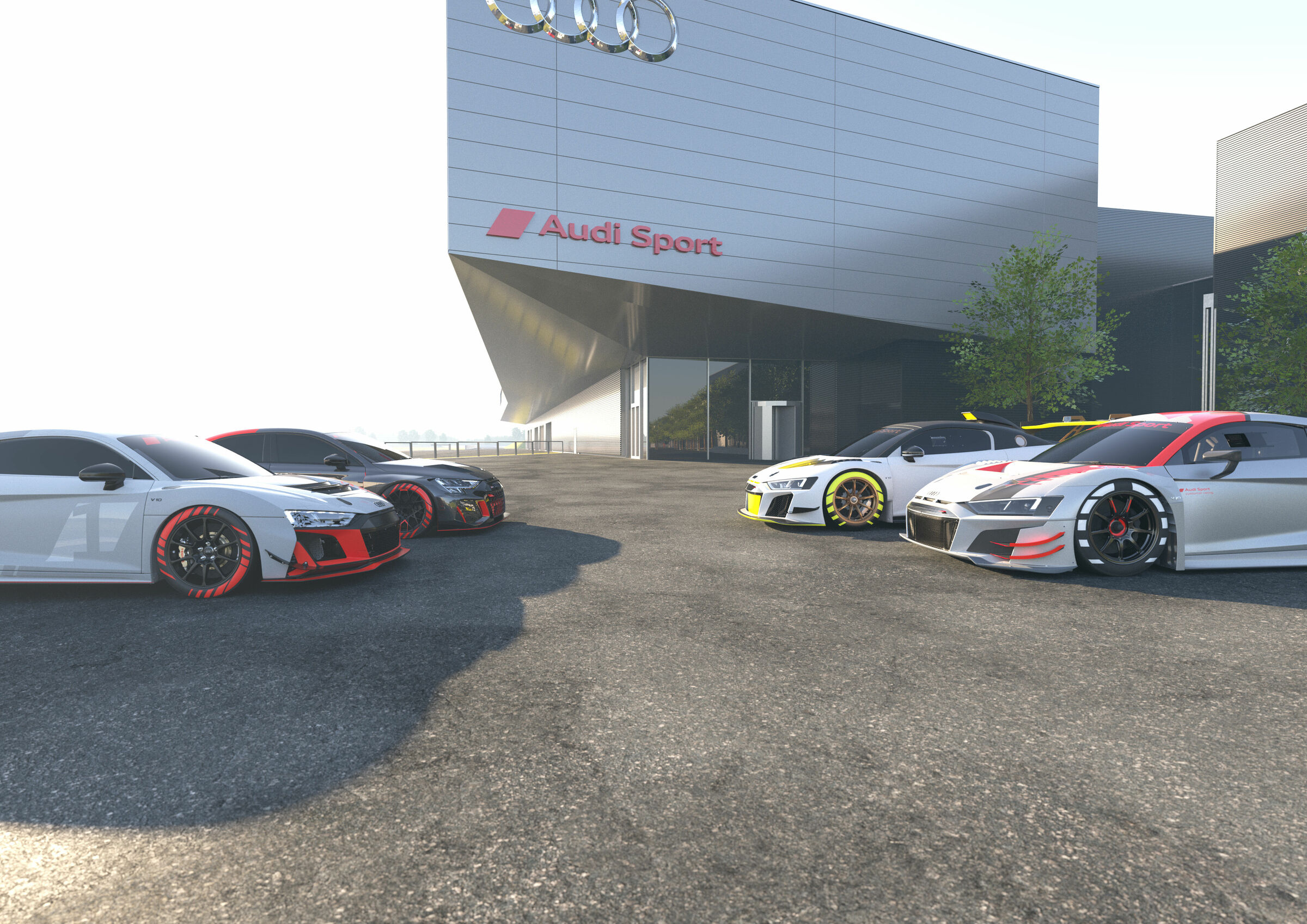 “We’ve rejuvenated our lineup once again and are ideally positioned for all challenges in GT3 racing as well as WTCR touring car racing,” says Chris Reinke, Head of Audi Sport customer racing. “From young talents to established names, we have a promising mix of international drivers especially in the customer programs but also for all tasks in strategic races.”

A core of 13 drivers remains unchanged for Audi Sport customer racing this year: The Frenchman Nathanaël Berthon successfully helped developing the Audi RS 3 LMS in tests and in the FIA WTCR last year. Mattia Drudi from Italy won the 2021 Campionato Italiano GT Endurance with two teammates. The German Christopher Haase has already won two championship titles, four 24-hour races and many other races for Audi since 2009. His compatriot Pierre Kaffer, winner of the 2019 Nürburgring 24 Hours, is a sought-after and experienced teammate with customer teams. Kelvin van der Linde from South Africa, winner of the Nürburgring 24 Hours and two-time champion of the ADAC GT Masters, continued his winning streak in the DTM. He won four races in 2021 and fought for the title in his debut season.

Germany’s Dennis Marschall extended his so far predominantly national racing expertise in 2021 in the Silver Cup class of the GT World Challenge Europe. His compatriot Christopher Mies remains the most successful Audi Sport driver in the counting of championship successes after his fifth title win in an Audi R8 LMS, which he recently achieved in the ADAC GT Masters. In January, he won the Dubai 24 Hours. Swiss Patric Niederhauser, 2019 ADAC GT Masters champion, celebrated his first major endurance success for Audi at the Indianapolis 8 Hour last year. Germany’s Frank Stippler remains a sought-after expert for the races in the Eifel as a two-time winner of the Nürburgring 24 Hours and with his unparalleled Nordschleife experience. Belgium’s Dries Vanthoor and Charles Weerts have won two Fanatec GT World Challenge Europe titles between them recently, contributing to a total of five championship wins for Team WRT. Vanthoor also won the Dubai 24 Hours in January. His compatriot Frédéric Vervisch, who drives GT sports cars and TCR touring cars, claimed the first victory of the Audi RS 3 LMS gen II and is last year’s runner-up of the FIA WTCR. Finally, Germany’s Markus Winkelhock further extended his strong endurance track record with a victory in the Indianapolis 8 Hour and his sixth overall 24-hour race victory, this time at Sebring.

New to the Audi Sport driver squad are Luca Engstler, Ricardo Feller and Gilles Magnus. Engstler from Germany’s Allgäu region has already won six overall TCR titles at the age of just 21 and also clinched a class title in the FIA WTCR as the best junior last year. Ricardo Feller from Switzerland, who is the same age, steadily improved as a privateer driver in the ADAC GT Masters since 2017 before winning the demanding GT3 racing series for the first time last year together with Christopher Mies. In 2017, Feller was already a participant in the Audi Sport racing academy – a talent development school of the Audi driving experience – while still a teenager. Another junior has come to the attention of Audi Sport in the course of another promotion: Gilles Magnus prevailed in a selection competition held by the Belgian automobile club RACB at Audi in Neuburg an der Donau in December 2018. Since then, the Belgian, now 22, has won the 2020 FIA WTCR Rookie Driver Award in the Audi RS 3 LMS and the WTCR Trophy a year later. In addition, he was the first privateer driver to score a victory in the new Audi RS 3 LMS gen II last year.

The 16 drivers will be reinforced by Nico Müller, winner of the 2015 Nürburgring 24 Hours, and three-time DTM champion René Rast. He has already clinched three 24-hour overall victories in the Audi R8 LMS and was champion in the ADAC GT Masters in 2014.

In addition to Mike Rockenfeller’s departure at the end of the 2021 season, Rahel Frey is also leaving the Audi driver squad. “We would like to thank both of them from the bottom of our hearts for their commitment. They have been outstanding ambassadors and have shaped the image of our brand worldwide,” said Chris Reinke. “We wish them both every success in their future careers.” Rockenfeller won the LMS sports prototype racing series with Audi in 2008, the 2010 Le Mans 24 Hours and the 2013 DTM, among others. Rahel Frey was in Audi’s service for eleven years – initially for two years in the DTM, then in customer racing. With six individual victories in the Audi R8 LMS GT3 she is one of the most successful female drivers in GT3 racing.

Audi RS Q e-tron at the Dakar Rally: Successful start into a new era Audi on the third row at the Kyalami 9 Hour
Scroll to top