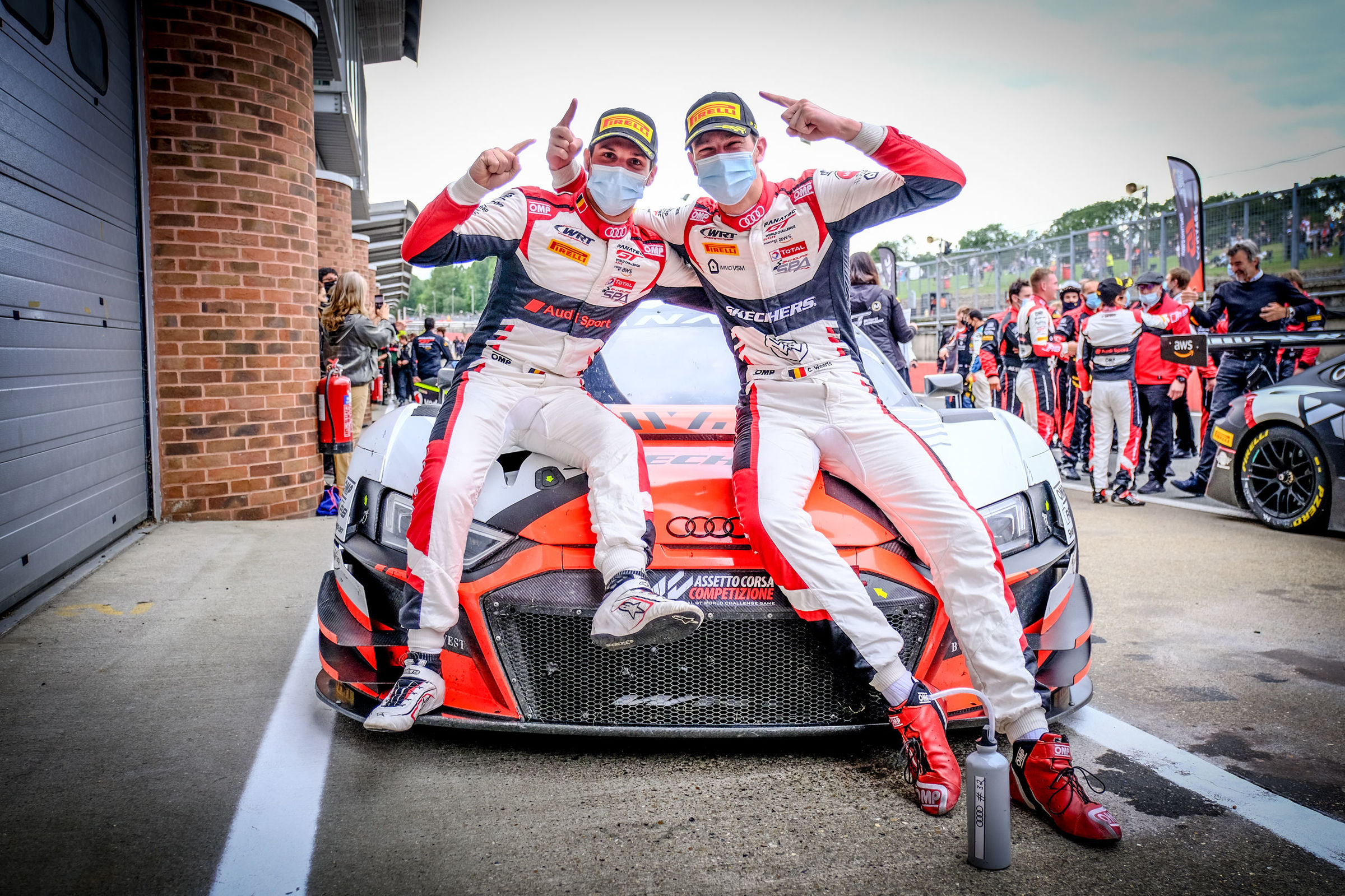 Charles Weerts and Dries Vanthoor in the Audi R8 LMS have already been crowned Sprint Champions of the Fanatec GT World Challenge Europe Powered by AWS before the finale. Three victories were celebrated by teams with the Audi R8 LMS in Europe at the ADAC Racing Weekend and one in the USA at GT America. Podium successes of the Audi R8 LMS GT4 and the Audi RS 3 LMS rounded off the tally on the last weekend in August.

Fourth sprint title for an Audi driver squad: Charles Weerts and Dries Vanthoor secured their second consecutive title in the Fanatec GT World Challenge Europe powered by AWS early at Brands Hatch. The two Audi Sport drivers from Team WRT scored their fourth victory of the season after a smart drive in a dramatic first race on the British rollercoaster track. Weerts was in fourth place in the early stages. After swapping the cockpit with his teammate at the mandatory pit stop, Vanthoor returned to the race action in third place in the Audi R8 LMS. The two rivals in front of him fought a fierce duel in the final phase in which one competitor crashed. Vanthoor crossed the finish line in second place behind the safety car. Race control subsequently blamed the accident on the provisional winner Raffaele Marciello and penalized him. As a result, victory went to Charles Weerts and Dries Vanthoor. Third place was secured by their teammates Frank Bird/Ryuichiro Tomita as the best Silver driver pairing in another Audi R8 LMS. In the second sprint, Weerts and Vanthoor maintained third place over the entire race distance. When the leading Mercedes driver Timur Boguslavskiy went off the track on the last lap due to a puncture, the Audi driver duo moved up to second place. With a 42.5-point advantage, the two Belgians will be uncatchable at the sprint finale at Valencia at the end of September. Never before has a driver team won the title in this race series two years in a row. After Enzo Ide (2016), Robin Frijns/Stuart Leonard (2017) and Dries Vanthoor/Charles Weerts (2020), this is already the fourth championship victory for Audi in the sprint classification. Team WRT has won the team title for the seventh time after 2014, 2015, 2016, 2017, 2018 and 2020. Added to this is the corresponding success in 2013 in the predecessor race series FIA GT Series. At the same time, the team and drivers have hopes of winning further titles: In the Endurance classification, Vanthoor and Weerts are in second place with Kelvin van der Linde with two races to go. Vanthoor/Weerts lead the overall combined Sprint and Endurance standings by 71.5 points.