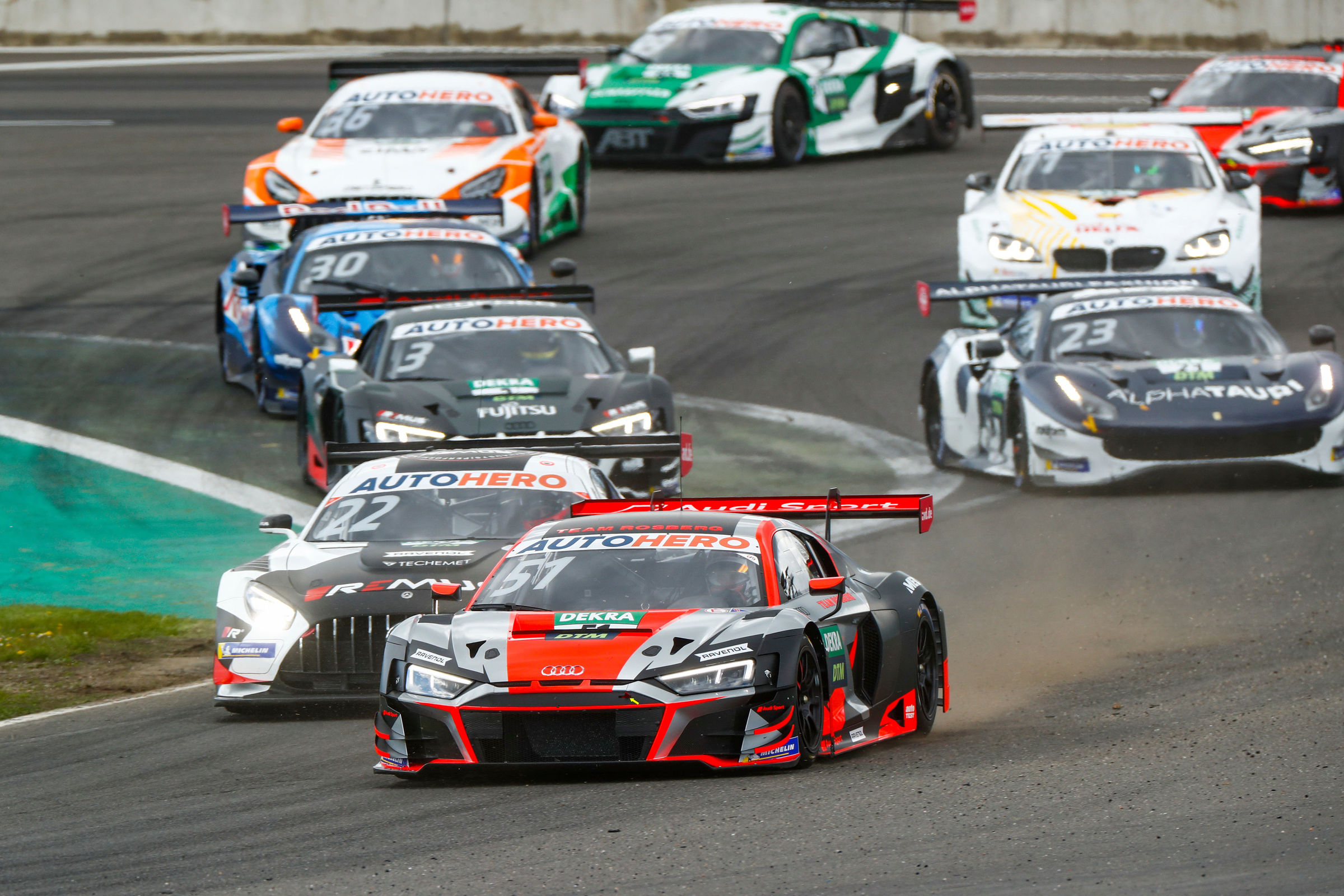 The DTM starts its 36th season under new auspices in which Audi is strongly represented on two grids. While the DTM is relying on GT3 sportscars like the Audi R8 LMS for the first time after two decades of Class 1 touring cars, the DTM Trophy is tackling its second season with production-based models like the Audi R8 LMS GT4.

“Audi knows the DTM very well and, with twelve title successes in the drivers classification alone, is one of the two most successful brands in history. A new era begins for the DTM in 2021. Gerhard Berger has succeeded in transforming the Class 1 era into a highly attractive platform based on GT motorsport. The 2021 season promises pure excitement thanks to a high level of brand diversity and an internationally top-class driver line-up,” says Julius Seebach, Managing Director Audi Sport GmbH and responsible for motorsport at Audi. “For our Audi Sport customer racing customers, the new DTM platform offers the opportunity to fight for the coveted DTM title. With the R8 LMS, we offer the product that is capable of winning and are pleased that the teams have chosen Audi.” As usual, two races are scheduled for each of the eight events. They usually last 55 minutes plus one lap and include one mandatory pit stop each. Television partner SAT.1 broadcasts all races live.

Two of the most successful DTM teams of the past 21 years have decided to field the R8 LMS GT3. Team ABT Sportsline has won five DTM titles in the drivers championship and five in the team championship between 2004 and 2020. This year, Mike Rockenfeller, the 2013 champion, will start for the team from Kempten. His teammate is Kelvin van der Linde. The South African is a two-time winner of the ADAC GT Masters and a former winner of the Nürburgring 24 Hours. Two special features are associated with the third R8 LMS of the racing team from the Allgäu region: Sophia Flörsch is the first woman to compete in the DTM since 2012. Her race car features the Space Drive steering system from Schaeffler Paravan, which does not require a steering column. This steer-by-wire technology has been awarded the Rudolf Diesel Medal for the most sustainable innovation achievement. Already today, it allows people to participate in road traffic in a self-determined manner despite significant handicaps and is considered a key technology for level 5 autonomous driving. 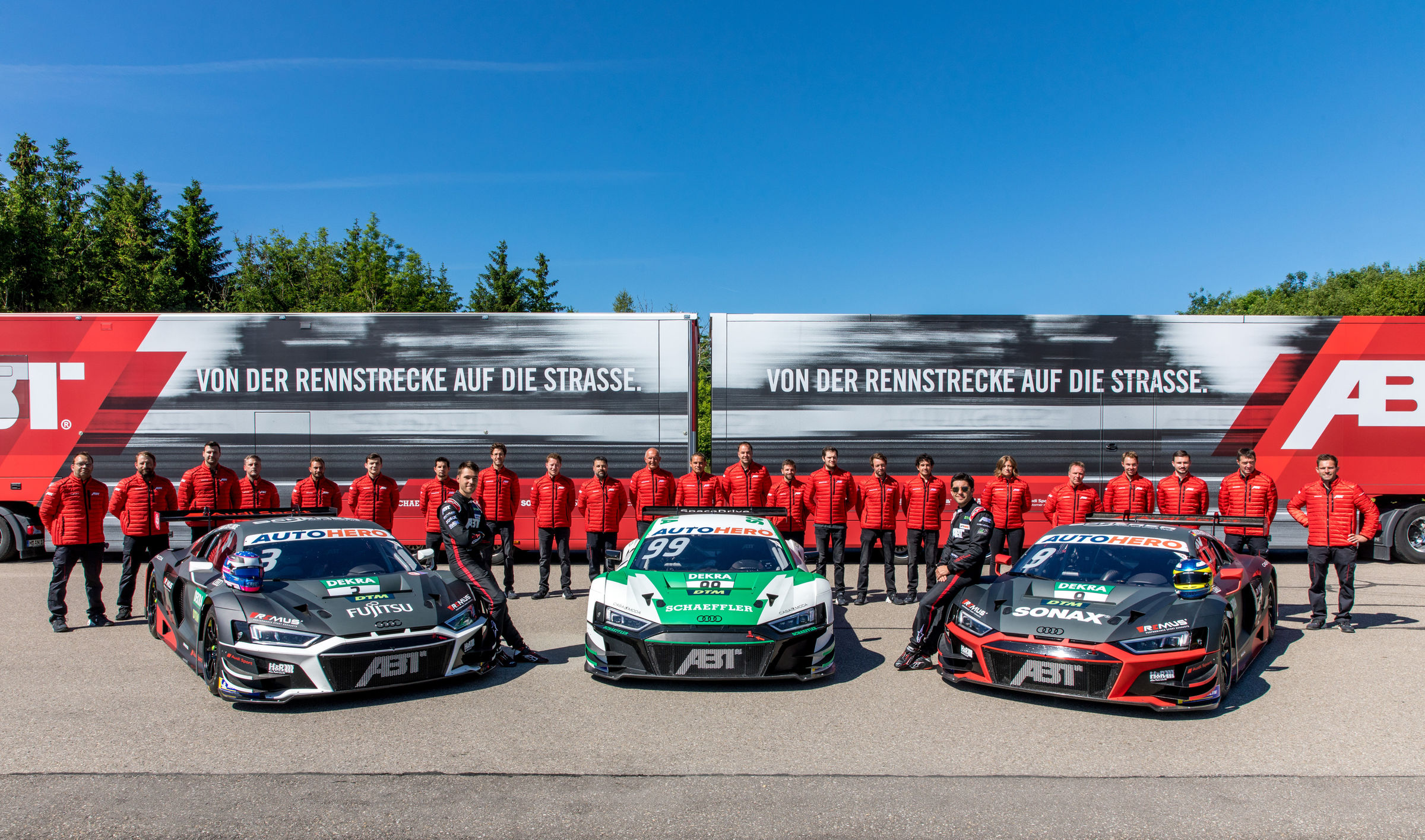 Team Rosberg from Neustadt an der Weinstraße has won three drivers and two team titles in the DTM from 2017 to 2020 and is preparing two more R8 LMS cars this year. In the cockpits: Swiss driver Nico Müller, DTM runner-up the past two years and a former winner of the Nürburgring 24 Hours, and Dev Gore. The American enters the DTM for the first time and has experience from single seater racing under his belt. Audi faces five other brands in the DTM, including Mercedes-AMG for the first time since 2018. With twelve title wins each in the drivers championship, the two brands are tied at the top of this perpetual statistic.

With the DTM Trophy, a second league has been established in 2020 that serves as a springboard for young talents. Production-based sports cars like the Audi R8 LMS GT4 offer cost-effective motorsport and give youngsters the chance to recommend themselves for the next tasks in front of the DTM team bosses. Team Heide-Motorsport will be contesting the series with three Audi R8 LMS GT4 cars. The racing team from Witten is relying on Swiss Lucas Mauron, who won three DTM Trophy races with Audi last year, and up-and-comer Sophie Hofmann. The lady driver from Waldenburg was runner-up in the Am classification in the Audi Sport Seyffarth R8 LMS Cup in 2020. A third car will be manned by alternating drivers. As in the previous year, the long-standing Audi customer team Hella pagid – racing one from Plaidt will be in charge of an R8 LMS GT4 for Romanian David-Mihai Serban. At each of the seven events, the teams contest two sprints lasting 30 minutes and one lap. The TV station SPORT1 broadcasts all races live. The DTM and the DTM Trophy start their new season on the high-speed circuit of Monza from June 18 to 20.

The drivers and teams in the DTM series