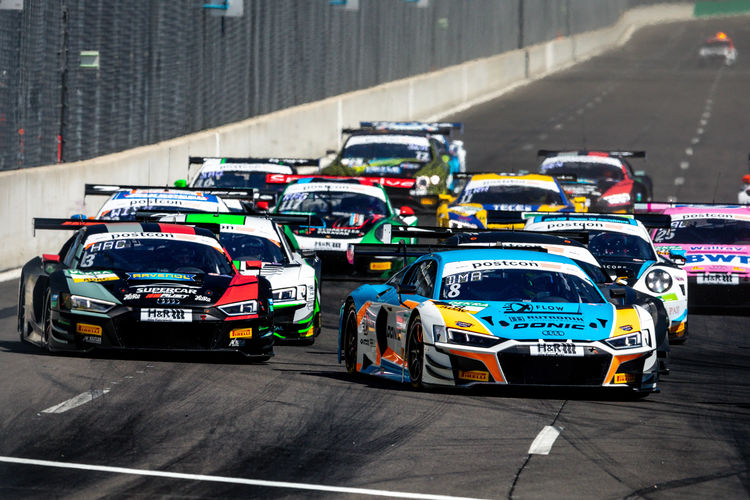 Audi Sport customer racing welcomes its largest line-up of customer racing teams to two ADAC platforms this year. This year, the automobile club is positioning itself more broadly than ever before in German GT and touring car racing. In two of the club’s event packages, Audi Sport customer racing is one of the leaders with a total of 23 race cars in the GT3, GT4 and TCR categories. The series kicks off with the ADAC GT Masters, ADAC GT4 Germany and ADAC TCR Germany racing series at Oschersleben from May 14 to 16. The new ADAC Racing Weekend series will be launched at the same venue from June 25 to 27.

“Nowhere else are so many of our race cars in action,” says Chris Reinke, Head of Audi Sport customer racing. “Our products are well established in the scene and Audi Sport is one of the most popular manufacturers. The customer racing program is firmly rooted in the ADAC racing series and has already clinched numerous individual successes and championship titles there.” Audi Sport customer racing has been prominently represented in the ADAC GT Masters since the program began in 2009. In the year of its racing debut, the Audi R8 LMS won the first of four titles to date in this series, which will be staged as the International German GT Championship in 2021. Seven teams are preparing a total of nine Audi R8 LMS cars for the GT3 category. Once again, this makes Audi the most popular brand in the field. Audi Sport customer racing is sending eight drivers – Christopher Haase, Pierre Kaffer, Dennis Marschall, Christopher Mies, Patric Niederhauser, Dries Vanthoor, Charles Weerts and Markus Winkelhock – to support the customer teams in their programs. Haase, Mies and Niederhauser have already won drivers titles in this series, as have Sebastian Asch and Daniel Keilwitz, two of this year’s Audi privateer drivers. RTL Nitro broadcasts all 14 competitions live. Now in its tenth year, Audi Sport as Official Car Partner is providing, among other things, three R8 as safety cars and leading cars. Just like in the GT3 class, the ADAC GT4 Germany will feature two 60-minute races with driver changes each weekend. There, two teams are in charge of three Audi R8 LMS GT4 cars this year. This event package is completed by the ADAC TCR Germany touring car class. For the first time, Team Wimmer Werk Motorsport from Austria will field an Audi RS 3 LMS there.

A second platform is new in the portfolio: the ADAC Racing Weekend around the central GTC Race series. Already entered for the five dates is an Audi R8 LMS in GT3 version, which Phoenix Racing is preparing for Audi Sport driver Markus Winkelhock, among others. Likewise, the promoter has already received five entries from Audi customer teams for the GT4 class. With the Spezial Tourenwagen Trophy, another club racing series is included in the ADAC Racing Weekends. There, Audi Sport customer racing expects three Audi R8 LMS cars in GT3 specification, including last year’s champion Uwe Alzen, as well as an Audi RS 3 LMS.

Drivers and teams in the ADAC racing series