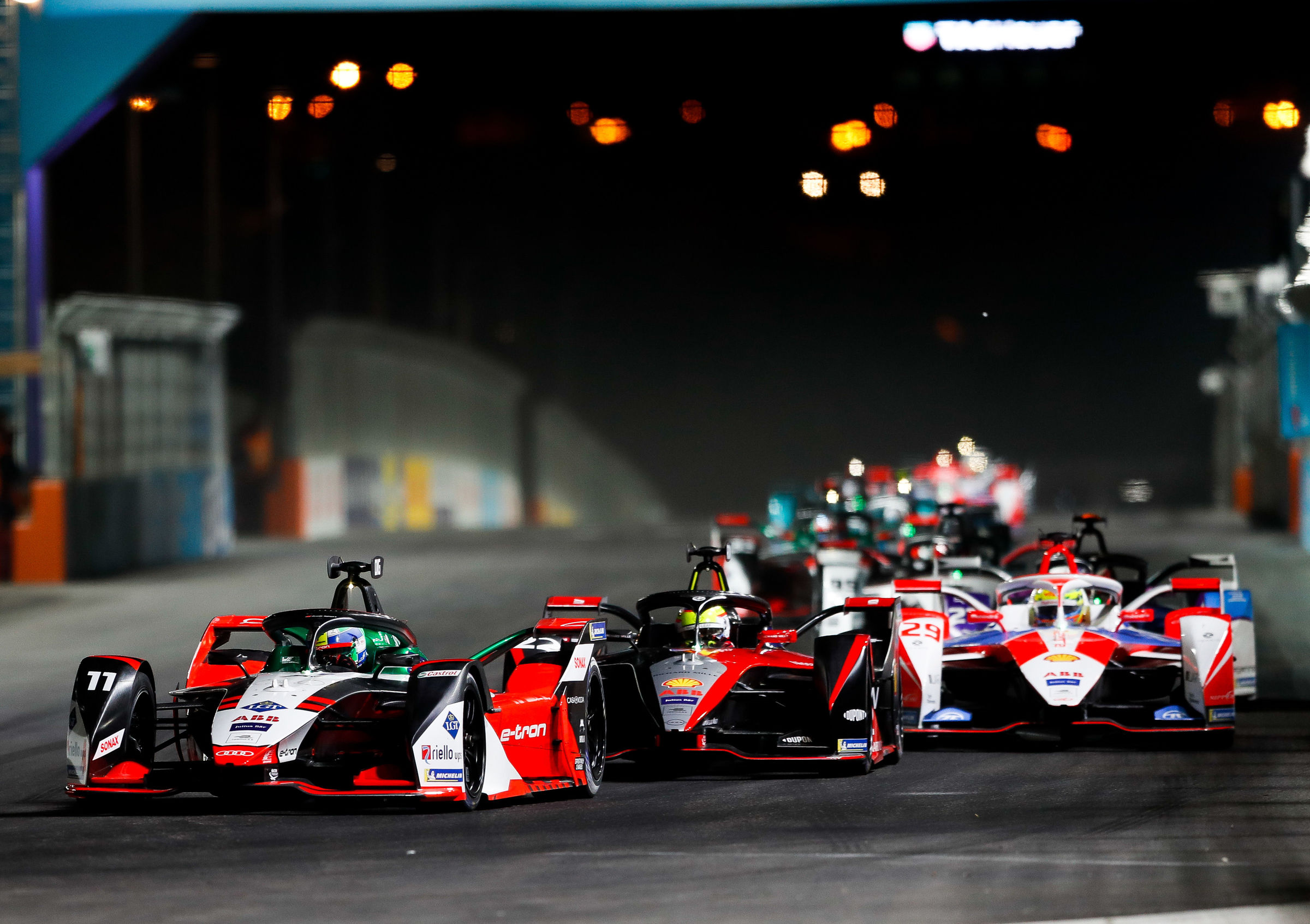 The Audi e-tron FE07 was again one of the fastest cars on the grid in the second race of the ABB FIA Formula E World Championship in Diriyah (Saudi Arabia). Nevertheless, Saturday’s race ended rather disappointingly for Audi Sport ABT Schaeffler with the 8th and 17th positions.

It was already clear after qualifying that the two Audi drivers, Lucas di Grassi and René Rast, would have no real chance of achieving top results. Di Grassi made a small mistake after two strong first sectors, which cost the Brazilian four tenths of a second. The consequence: 15th place on the grid.

René Rast could not even begin his flying lap, because he got stuck behind two other drivers on his warm-up lap and did not make it over the line in time. “Unfortunately, Oliver Rowland drove so slowly that we just ran out of time at the end,” said Rast. “That was very tough, of course.”

From 19th on the grid, the three-time DTM champion still fought his way into the top ten with a strong race. When the race was stopped early due to a serious accident involving Alex Lynn in a Mahindra, Rast still had considerably more energy available than all of the competitors in front of him. A time penalty imposed after the race eventually dropped Rast back to 17th.

“The most important thing is that Alex and also Edo (Mortara) are doing well under the circumstances after their heavy accidents,” said René Rast. “After qualifying, there wasn’t much possible today. But, we are definitely taking the knowledge home that we have a fast car and we can fight for wins this season.”

Lucas di Grassi complained of massive oversteer in the race. Nevertheless, the Brazilian scored again by finishing in 8th place. “It was a crazy race,” said di Grassi. “But, my result is not of importance, given the mega accident Alex Lynn suffered. It’s good to hear that he seems to be okay.” 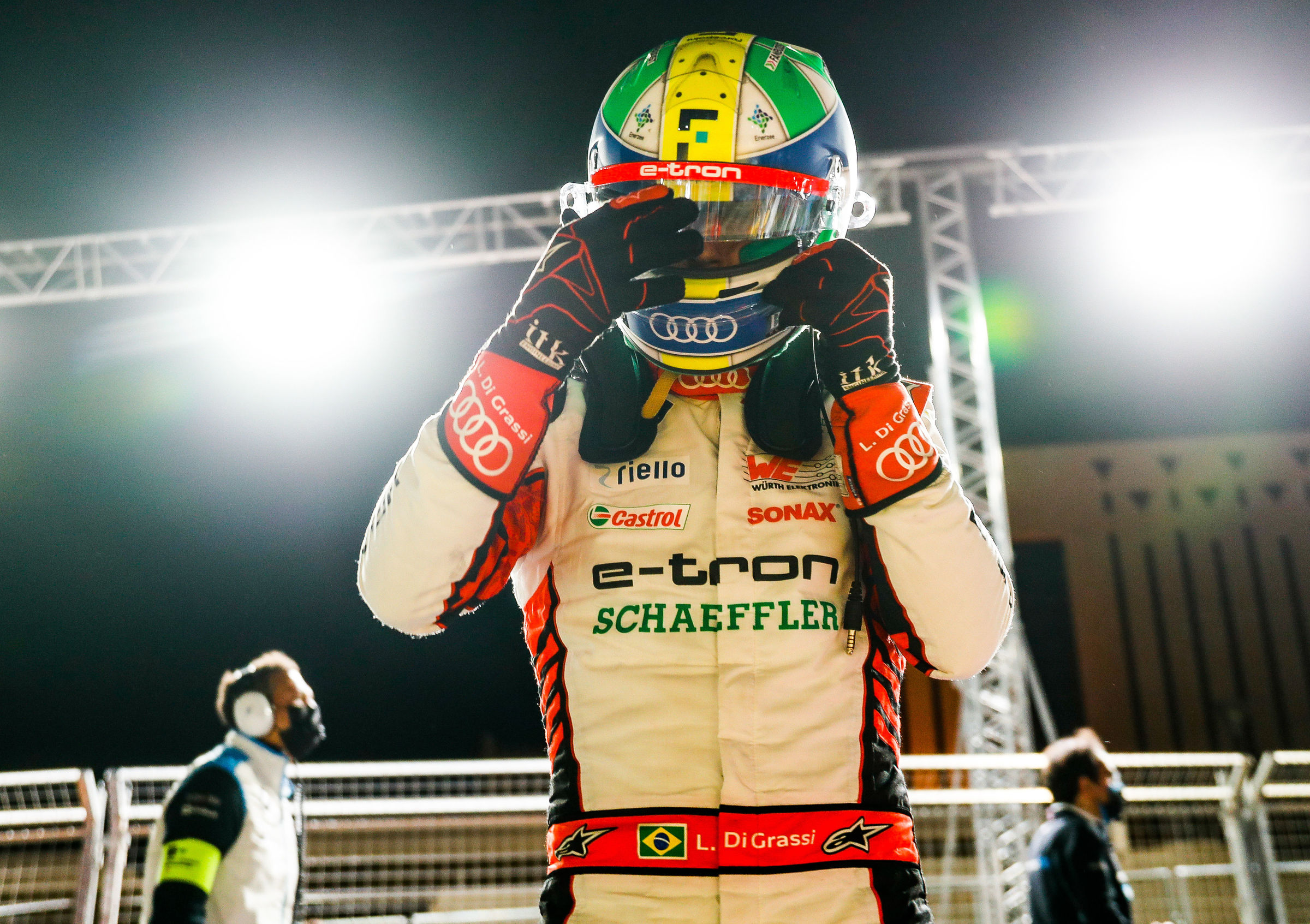 “It was the kind of day today that can always happen to you in Formula E,” said Team Principal Allan McNish. “Lucas was on a fast lap in qualifying before he made a small mistake. With René, we took quite a risk sending him out on track last. You can argue about that, of course. But, if you don’t risk anything in the first qualifying group, you’ll start from the rear anyway. In the end, he was only a few thousandths of a second short. In any case, we leave Diriyah with the good feeling that we have a strong package. It’s a pity that we have to wait so long until Rome. If it were up to me, we could start the next race tomorrow.”

The strength of the Audi e-tron FE07 was underlined in the second race of the new season by the Audi customer team Envision Virgin Racing. Robin Frijns took the first pole position of his Formula E career in qualifying. In the race, he was only narrowly beaten by his former teammate Sam Bird in his Jaguar after a fierce battle. His teammate, Nick Cassidy, moved up from tenth on the grid to fifth in just his second Formula E start.