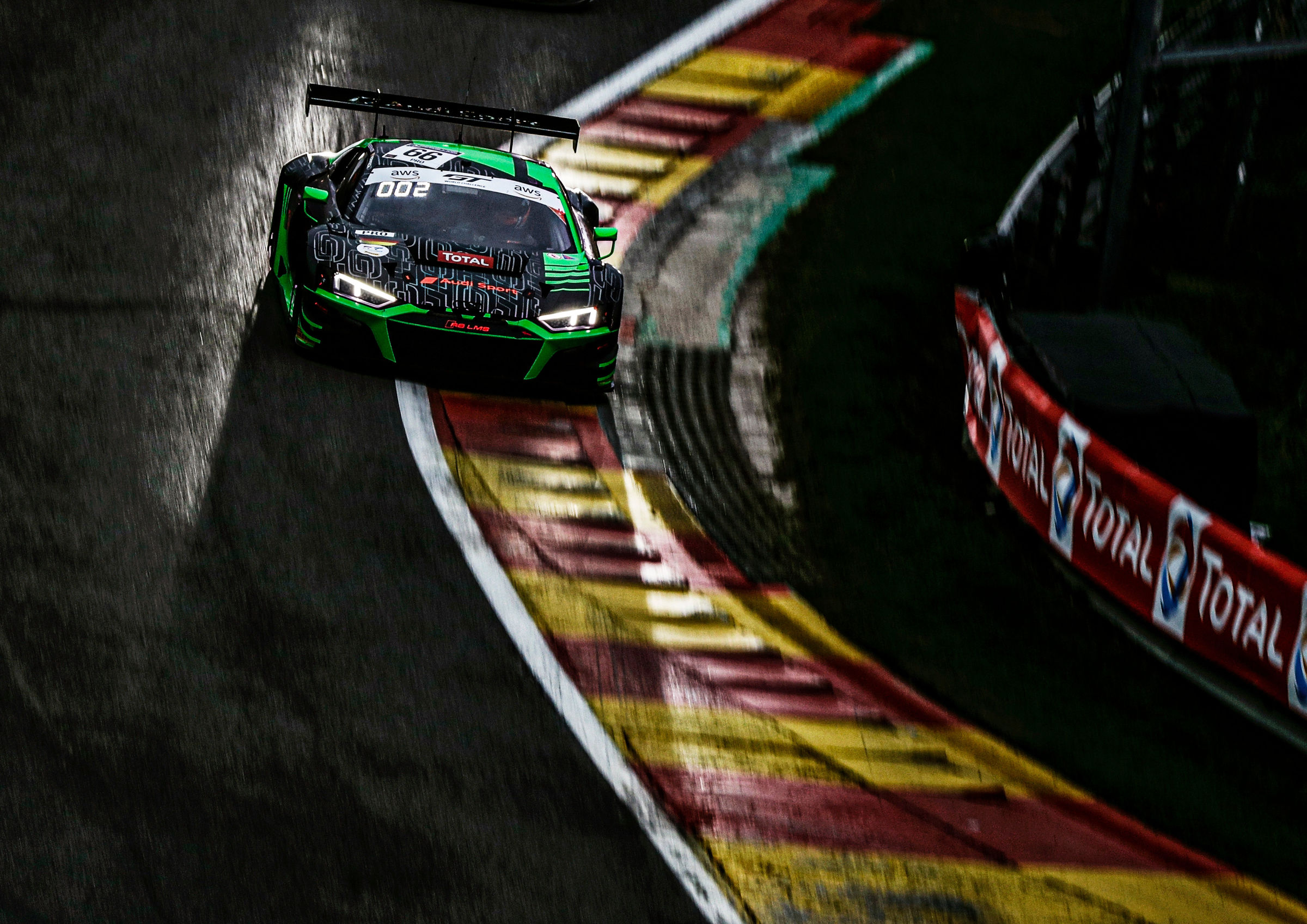 A race with its outcome open up until the end, the balanced battle for victory by several brands, treacherous, changeable weather and many retirements: The 71st running of the Spa 24 Hours delivered nearly unrivaled suspense and drama. In the end, Audi in the battle for its fifth victory at Spa, after having led the race for hours on end, had to admit defeat by merely 4.6 seconds with the runner-up’s spot claimed by Audi Sport Team Attempto and sixth position by Audi Sport Team Saintéloc. Before the race, Audi attracted major attention with its RS e-tron GT prototype leading the field during the formation lap, ringing in the electric age in GT racing.

Audi Sport driver Kelvin van der Linde had the honor of leading the field in a prototype of the electric and sporting spearhead from Audi’s product portfolio. “This appearance earned us plenty of attention. Afterwards, we saw a true racing classic,” says Chris Reinke, Head of Audi Sport customer racing. “None of the teams managed to make no mistakes in these difficult conditions, ourselves included. But we kept fighting back and maintained a one-two lead for several hours. Unfortunately, we didn’t quite make it. A big thank you goes to our teams and drivers, who never gave up, and to our supporters and fans at home.” 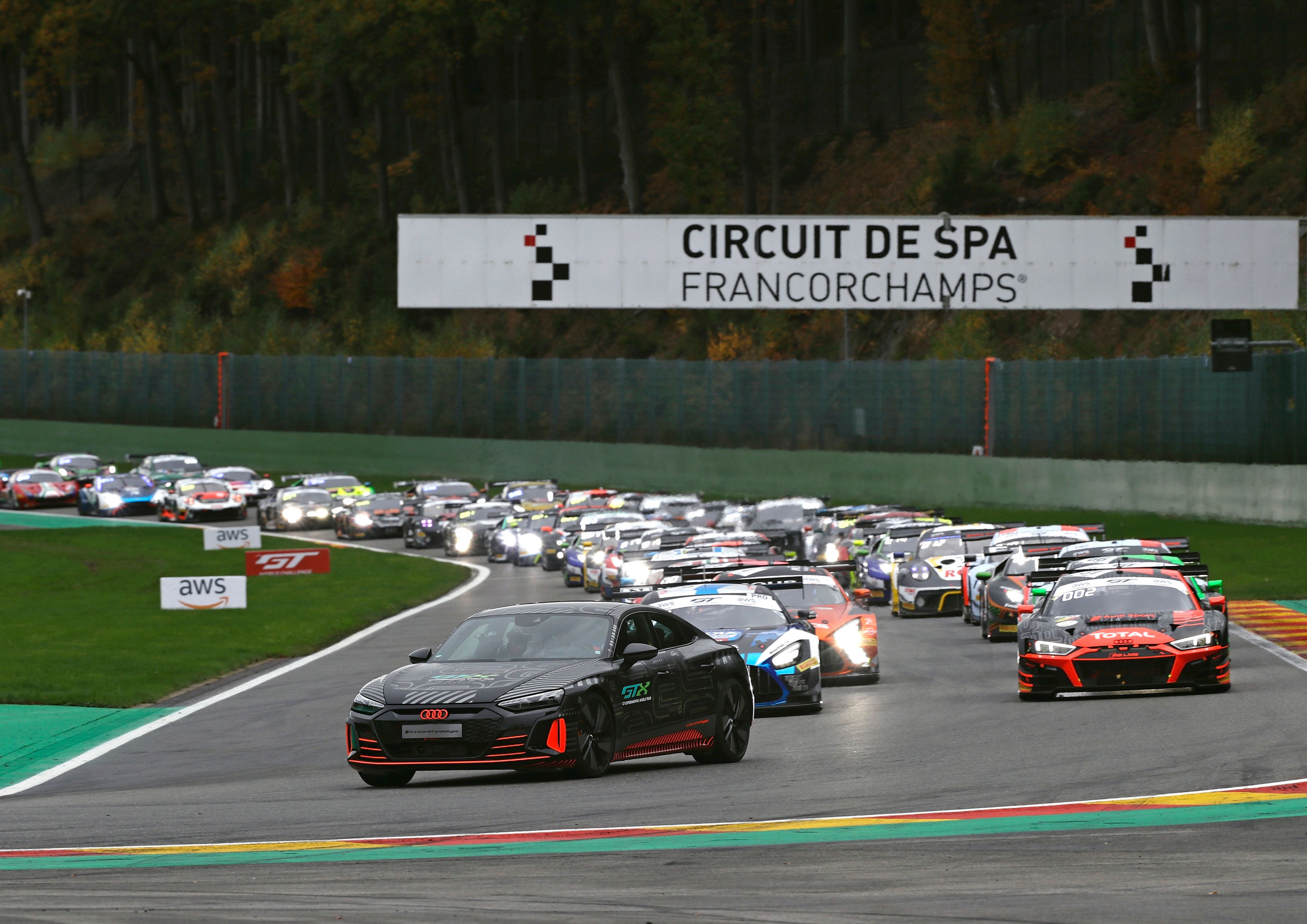 Audi, Porsche, Lamborghini, Ferrari and Mercedes-AMG were five brands that still had real chances of claiming victory in the Ardennes on Sunday morning. From the 18th to the 23rd hour of the race as many as two different Audi teams were running in front with the R8 LMS: Audi Sport Team Saintéloc, the winners of the 2017 event, led the race with Dorian Boccolacci, Christopher Haase and Markus Winkelhock. Depending on the pit stop sequence and overtaking maneuvers, Audi Sport Team Attempto with Mattia Drudi, Patric Niederhauser and Frédéric Vervisch were running in the top spot as well. When rain became increasingly intensive in the last 90 minutes, Porsche’s Rowe Racing team intercepted the Attempto Audi while Saintéloc claimed sixth position.

Car number 30 from Audi Sport Team WRT crossed the finish line as the third-best Audi. The driver combination of Ferdinand Habsburg/Dennis Marschall/Matthieu Vaxivière, which had been formed just shortly before the beginning of the race, achieved 14th place. Vincent Vosse’s two-time winning squad had previously recorded three retirements: Kelvin van der Linde/Christopher Mies/Dries Vanthoor were running in a promising position when a defect forced them to retire on lap 139, Charles Weerts’ car was heavily hit by a rival on lap 72, and Benjamin Goethe was fourth in the Silver classification when he crashed around noon on Sunday. Car #26 from Saintéloc Racing retired after an accident as well, while damage following contact with an opponent resulting in a subsequent puncture forced number 55 from Attempto Racing to retire. 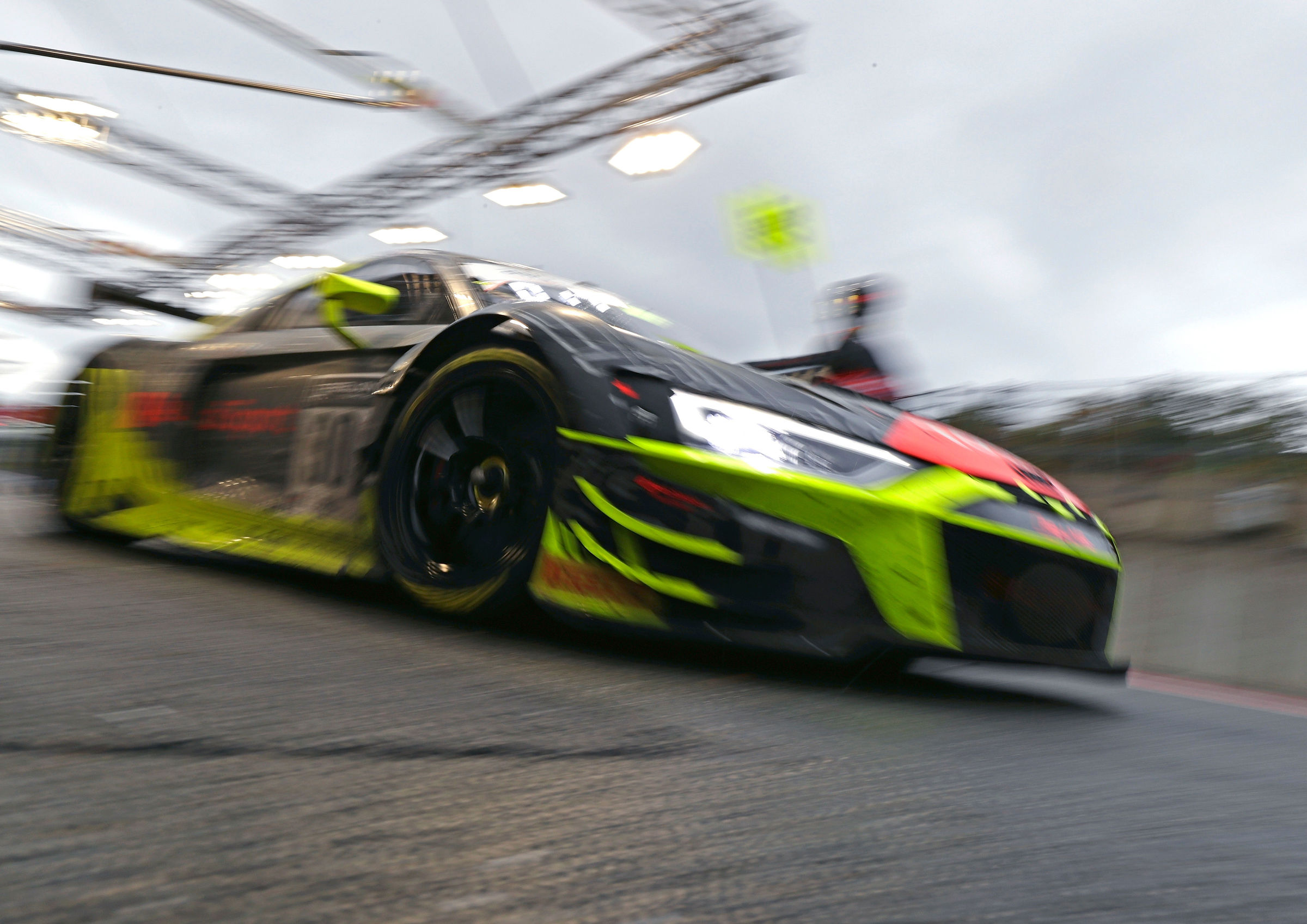 The Spa 24 Hours marked the third round of the Intercontinental GT Challenge. Before the finale, Audi has moved up from sixth to third position in the manufacturers’ classification. Like last year, the Kyalami 9 Hour from December 10th to 12th will conclude the championship in the only global GT3 racing series.