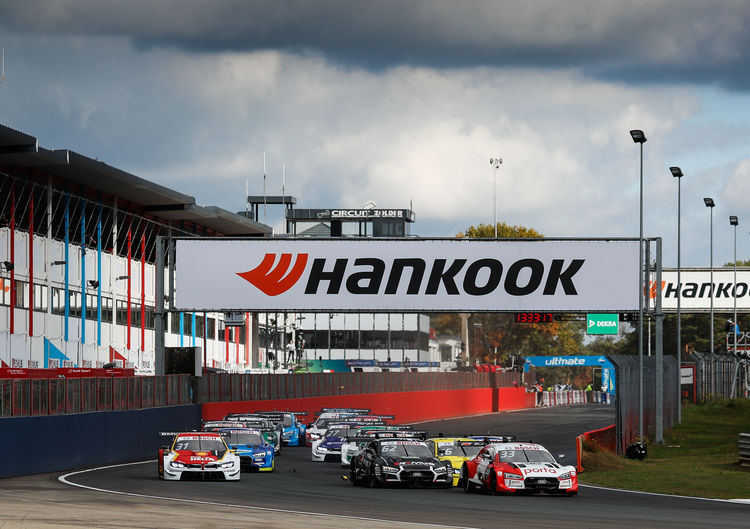 On the way to his fourth victory of the season, Rast showed strong nerves and had the necessary bit of luck. Before the race, flames suddenly burst from the engine compartment of his Audi RS 5 DTM due to a deflagration. Rast was nevertheless able to take part in the race and made a lightning start from the second row of the grid: Even before the first corner he had overtaken the two BMWs that had started in front of him. His team’s decision to bring Rast to the pits on lap twelve for the tire change proved to be spot on: just one lap later, the safety car was deployed. This meant that all those drivers who had not yet pitted at that time – including championship leader Nico Müller – where out of contention.

“This was a crazy race in which many things happened,” said Rast. “The fire on the starting grid. At the start from three to one even before the first corner. The safety car. We made the right decisions today and had a perfect car again. I’ve always said that one or two races can decide everything and things can turn around very quickly again. You saw today what can happen.”

It’s almost curious that the safety car was caused by one of his two rivals for the title. Robin Frijns had fought his way up from eighth on the grid to third in the early stages when he hit a wet patch on the pit lane exit after his pit stop and crashed into the guard rails. “This was all my own fault, which I feel very sorry for myself and especially for my team,” said Frijns. “The retirement hurts, but over 100 points are still awarded – anything is still possible.”

The safety car also deprived his team mate Nico Müller of valuable points. “René and Mike (Rockenfeller) got the pit board even before the yellow flags were out,” said Müller after his disappointing ninth place. “The two were lucky to stop before the safety car. Unfortunately, this time not everyone in the field got the chance to make their pit stops before the safety car was deployed. That cost me at least 13 points today and may decide the championship.”

The mood in Audi Sport Team Abt Sportsline was correspondingly subdued despite clinching the Teams’ Championship early. “That was a tough day for us, and we are very disappointed today,” said team director Thomas Biermaier. “Nevertheless, I’m very proud that we won the Teams’ Championship four races before the end. The team has shown a great performance all year long. And everyone who knows us knows: we will come back strong.”

In the shadow of the dramatic title fight, Mike Rockenfeller from Audi Sport Team Phoenix clinched his best result of the season so far in second. “A second place is good and I’m happy about the trophy that I can take home to my children,” said “Rocky”. “Of course, it was crucial today to get to the pits before the safety car. We did everything right, thanks to my team. I’m not quite happy that I couldn’t keep up with René. I think we know where we need to improve and hope to be closer to him next weekend.” 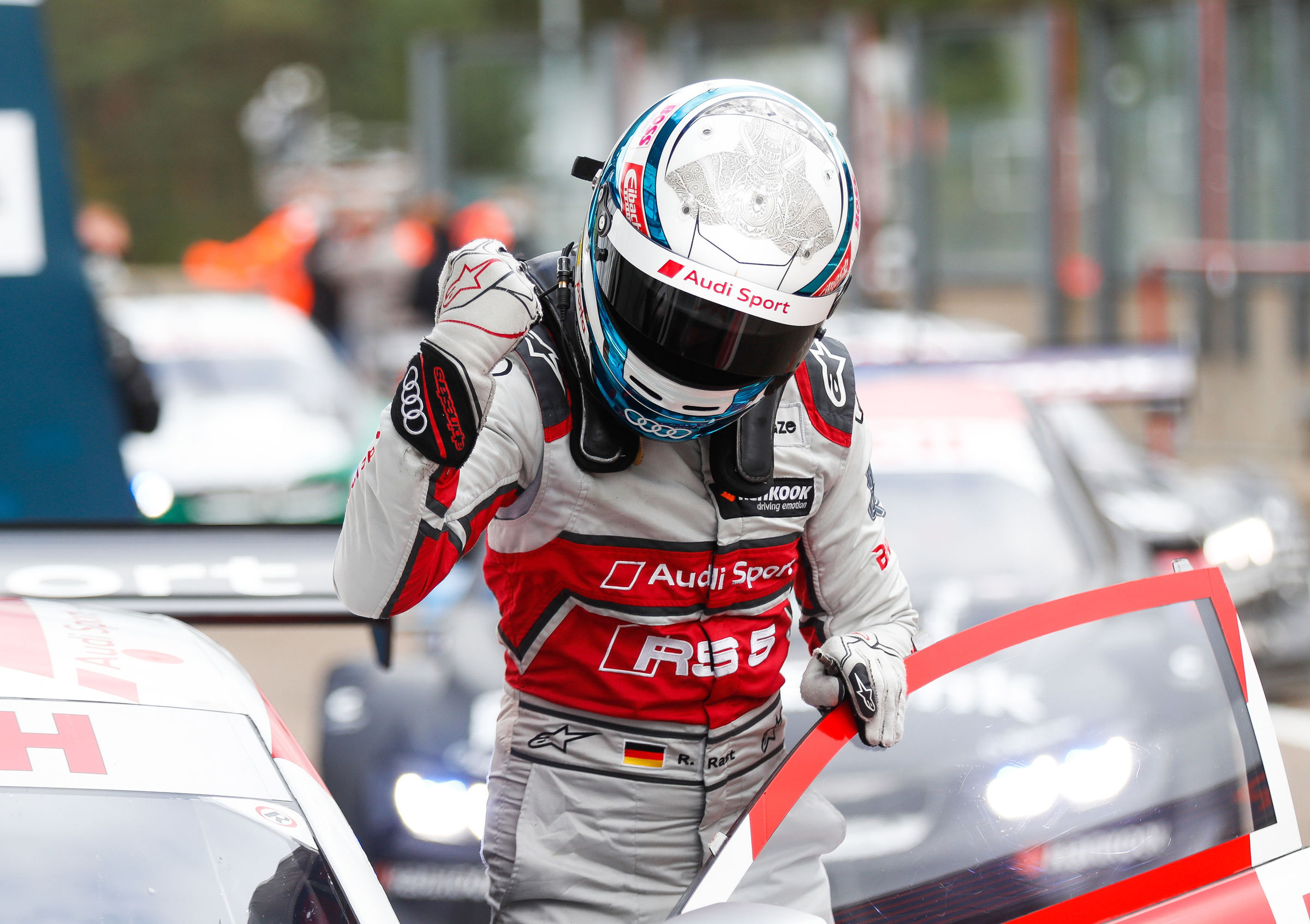 Huge cheers also in the customer team WRT Team Audi Sport: With Fabio Scherer, Harrison Newey and Ferdinand Habsburg in fifth, sixth and seventh, the Belgian team scored points with all three cars at their home race at Zolder.

Loïc Duval and Jamie Green were left without points in 13th and 15th, while Duval was penalized for an “unsafe release” at the pit stop. Green had to come to the pits twice because he made his first tire change immediately after the restart. In this case, the stop does not count as a mandatory stop.

“This was another successful day for Audi today,” said Head of Audi Motorsport Dieter Gass. “A 1-2 victory is a very good result. Especially after we had no car on the front row of the grid for the first time in a long time. After 20 pole positions in a row, we didn’t manage that today. Nevertheless, to achieve a 1-2 victory is great. But overall I’m not one hundred percent satisfied. I saw a bit too many mistakes in the Audi rows today – we have to improve that before the next race.”

Next weekend, two more DTM races are on the agenda at Zolder. However, the Drivers’ Championship will probably not be decided before the finale at Hockenheim. With 259 points, Nico Müller is just ahead of René Rast (249) and Robin Frijns (243).