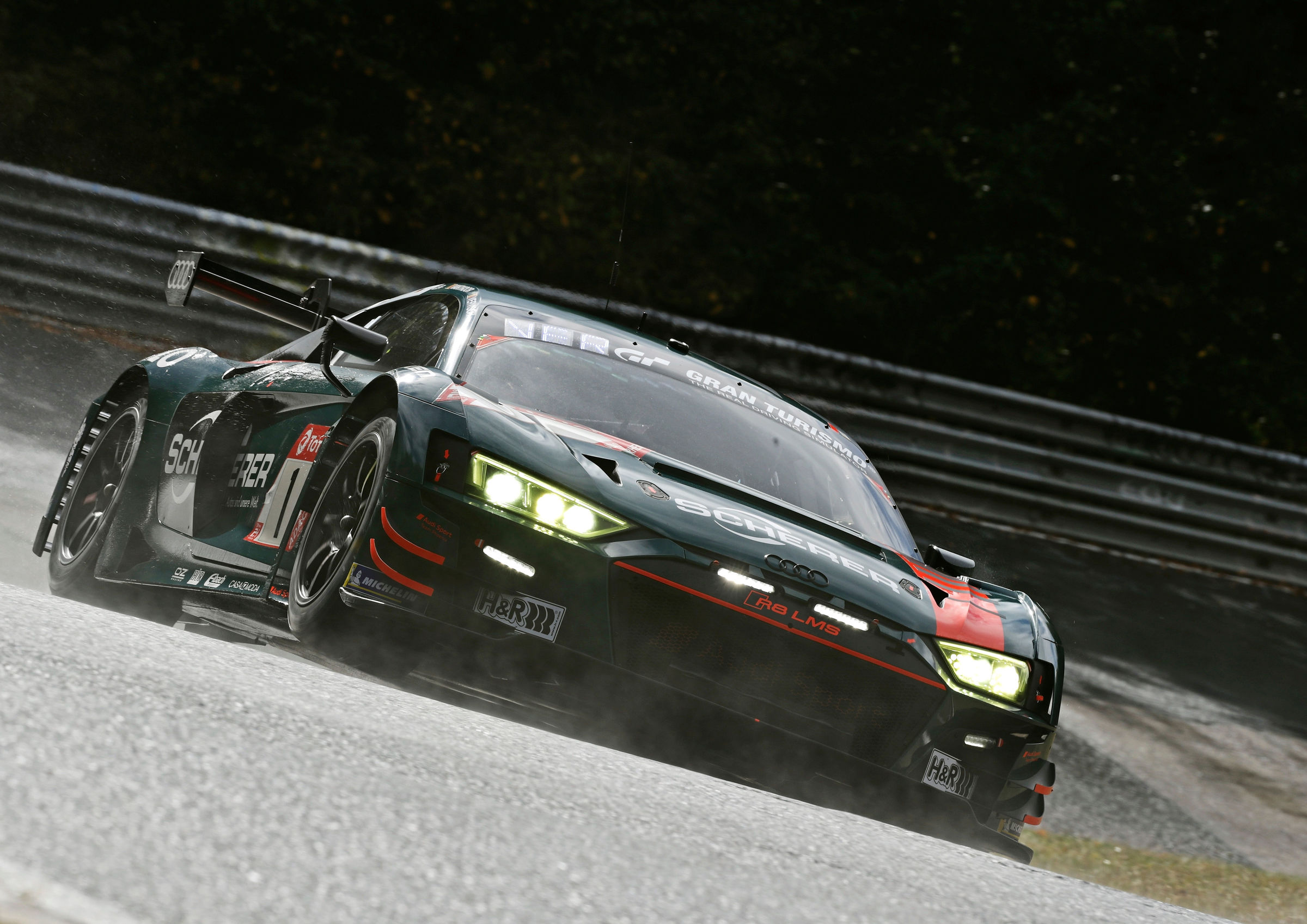 Fighting for its sixth overall victory in the turbulent 48th running of the Nürburgring 24 Hours, Audi Sport customer racing had to admit defeat by just a few seconds. Audi Sport drivers Mirko Bortolotti, Christopher Haase and Markus Winkelhock in the Audi R8 LMS crossed the finish line in the most adverse conditions in the Eifel region as runners-up. They achieved this result as a squad of three after their team-mate Robin Frijns, who had originally been planned to race with them in Audi Sport Team Car Collection, was unable to compete due to an infection with the common cold.

Constant changes between rain and dry conditions, plus an interruption of the race from 10.33 on Saturday night until 8 on Sunday morning and a gripping battle between Audi and BMW shaped the Nürburgring 24 Hours in 2020. 50 years after the inaugural event, the endurance race, in the corona crisis year, took place in the fall for the first time. “What a race,” said Chris Reinke, Head of Audi Sport customer racing. “Congratulations to BMW on clinching overall victory. This time, we fell a little short of the mark, but in the next 24-hour race at Spa in four weeks’ time, we intend to be the front runners again.” 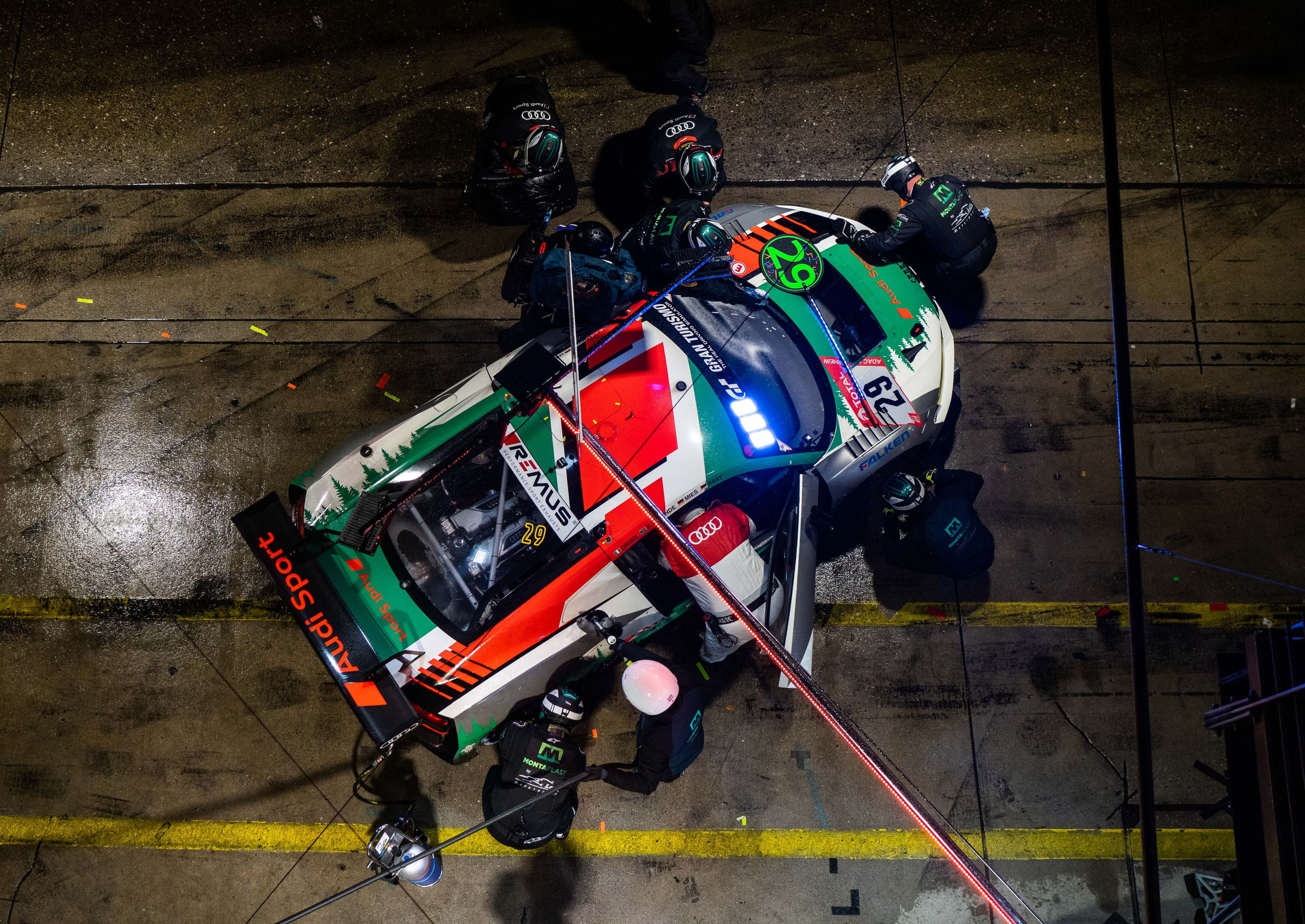 Nordschleife rookie Mirko Bortolotti and his seasoned fellow Audi Sport drivers Christopher Haase and Markus Winkelhock delivered an impeccable race. As a team of three, they had started from eleventh on the grid in the number 3 Audi R8 LMS from Audi Sport Team Car Collection and were in contention for victory in the second half of the race. In the hot phase, they fought a thrilling duel with the number 99 BMW. In the end, the three Audi Sport drivers had to admit defeat by just 15 seconds.

In the battle for victory, Audi had two more irons in the fire. When the race was restarted on Sunday morning after the interruption, the three Audi R8 LMS from Audi Sport Teams Phoenix, Land and Car Collection were racing in formation at the front of the field. However, two of the race cars with the four rings were handed a 32-second penalty on Sunday morning. Car number 1 from Audi Sport Team Phoenix received its penalty for a mistake on exiting the pit lane. From twelfth, Nico Müller/Frank Stippler/Dries Vanthoor/Frédéric Vervisch fought back, temporarily led the race and, following an excursion and subsequent tire change in the final phase, ultimately finished in fifth position. The stop-and-go penalty for disregarding flag signals caused car number 29 from Audi Sport Team Land with Mattia Drudi/Kelvin van der Linde/Christopher Mies/René Rast to drop to twelfth. On crossing the finish line, the team had improved again to sixth place. 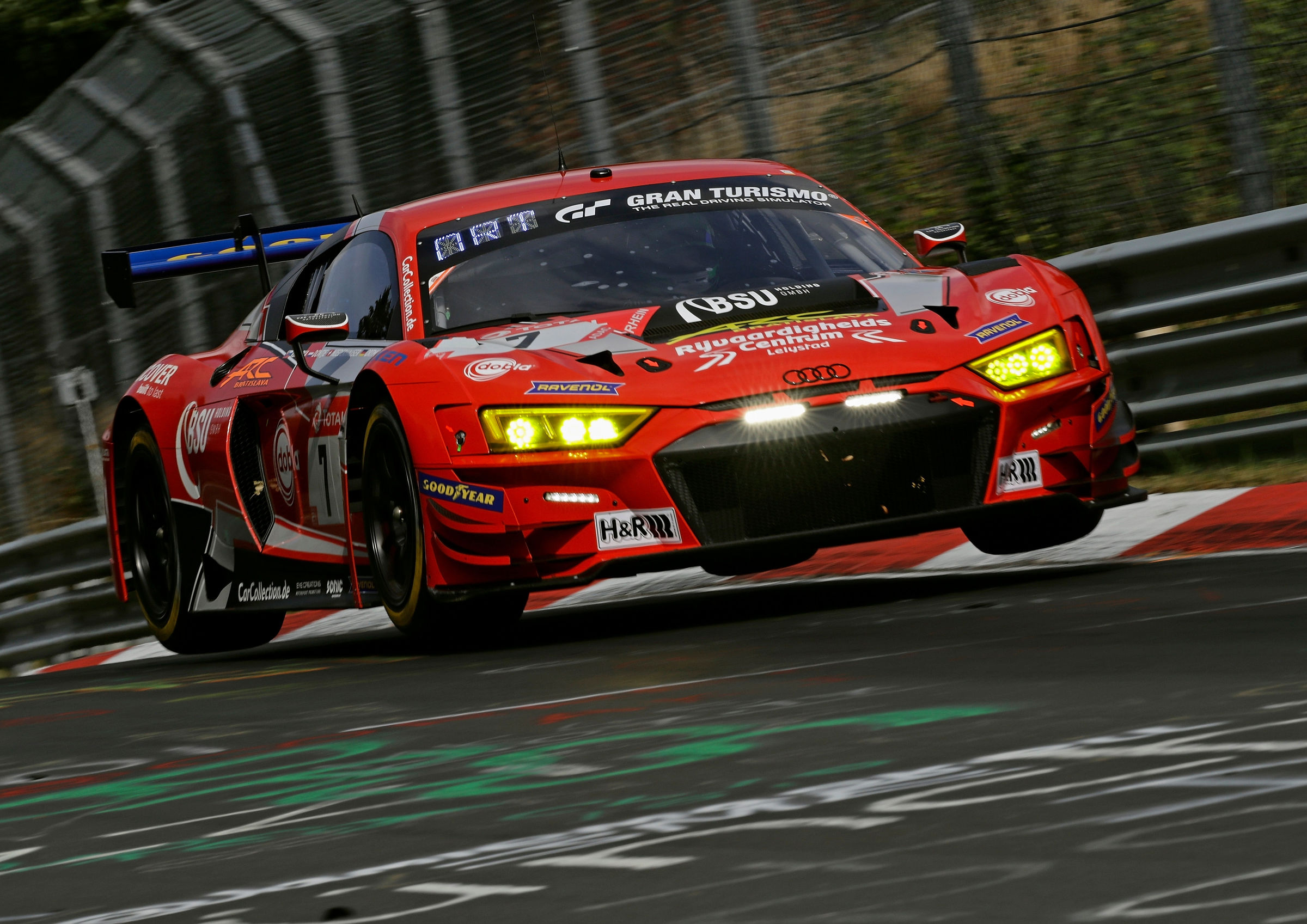 Team Giti Tire Motorsport by WS Racing won the SP8 category with an Audi R8 LMS GT4. After the squad had scored second place last year, Kari-Pekka Laaksonen, Kristian Jepsen, Jan Sørensen and Roland Waschkau prevailed in their class this time in spite of complex suspension repairs following an excursion on Saturday night. Team Bonk Motorsport achieved a podium finish for the fifth time in this race with the Audi RS 3 LMS. Hermann Bock, Max Partl, Alexander Prinz and Andreas Möntmann in Audi’s entry-level touring car claimed third place in the TCR category for the team based in Münster.

In just one week, the Indianapolis 8 Hour as the second round of the Intercontinental GT Challenge is coming up for Audi Sport customer racing as the next major endurance event, before the next 24-hour race is scheduled at Spa from October 22 to 25.

Comprehensive digital platform for fans of Audi Sport at the Nürburgring 24-hour... Victory and championship lead for Audi Sport Italia
Scroll to top