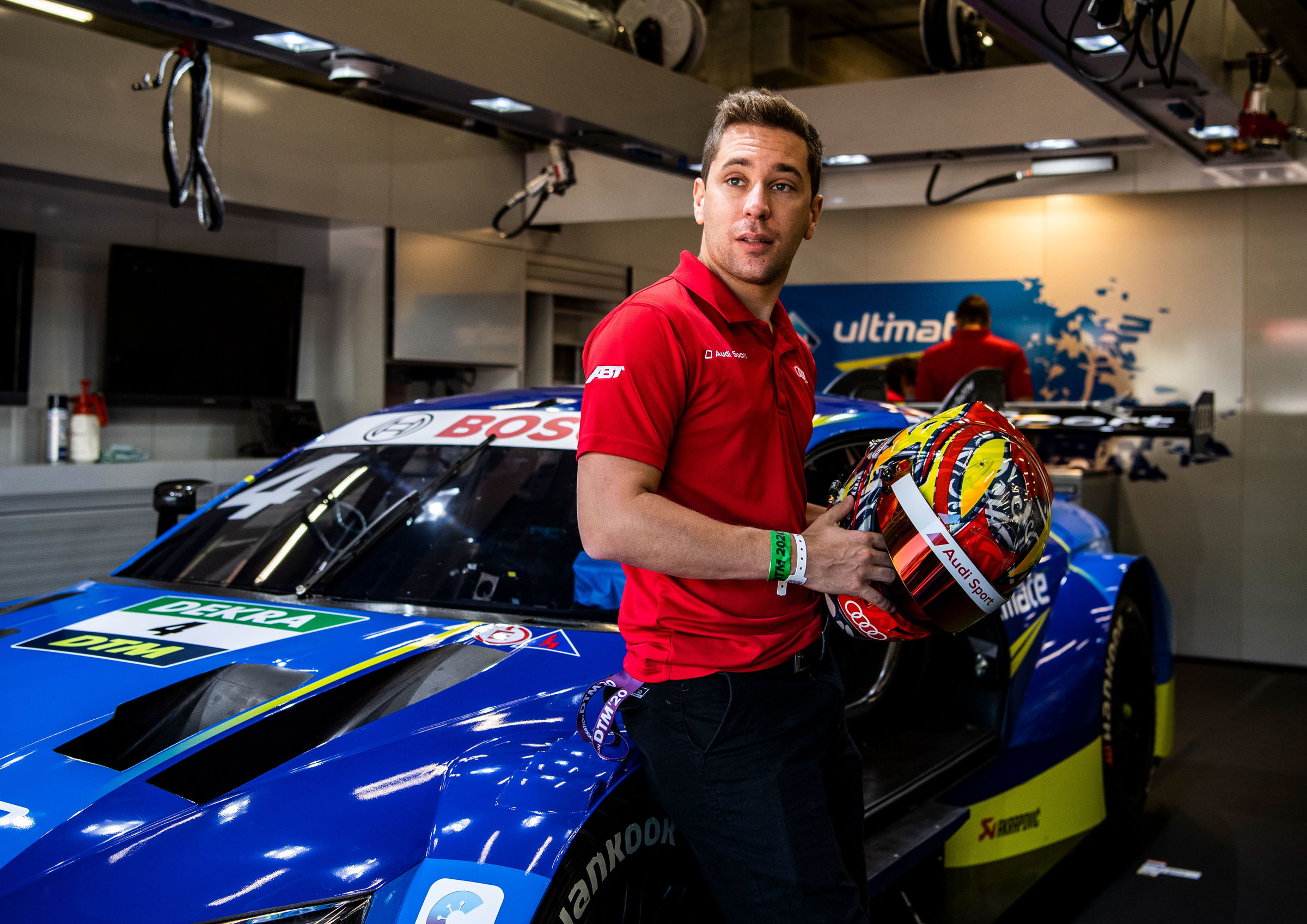 Before the second DTM race weekend in the Lausitz, three-time pole setter Robin Frijns looks back on the busy start to the season. The Audi DTM driver also shares more about the atmosphere within the Abt Sportsline team and tells how he is spending his few days at home.

How do you feel after your race marathon in DTM and Formula E in the past three weeks?
I still feel alright. It was quite tiring, especially mentally. It was a lot of swapping from one race car to a completely different car and back again. It always feels a bit strange and you need a couple of laps to get used to the car again. Physically, I felt my left thumb a bit more from driving in Formula E in Berlin, because we had a lot of left-hand corners. That is just one example of those little issues that are normal when you have so many races, pretty much every day.

How did you approach the preparation for DTM at the Lausitzring with such little time in between the races of the two series?
The preparation wasn’t optimal due to the short time in between. But the team did a really good job preparing for the race weekend without inputs from the drivers. Thanks to them, I clinched two pole positions and another podium finish. We also tried to compensate for the short turnaround time before the Lausitzring races by doing more preparation work ahead of the season opener at Spa.

Your teammate Nico (Müller) and you have shared big parts of your motorsport career. How has your relationship developed over the years?
The first time that we have seen each other was back in 2012, in the World Series by Renault. We never really spoke to each other back then, because we were driving for different teams. Only later, when we were both driving in the GT3 program for Audi Sport, we did really get to know each other at the joint races. And since we have been teammates in DTM for Abt Sportsline, our relationship has improved even more. We went on holiday together last August with our girlfriends. It is not always easy to have a good relationship with a teammate in and out of the racing world. 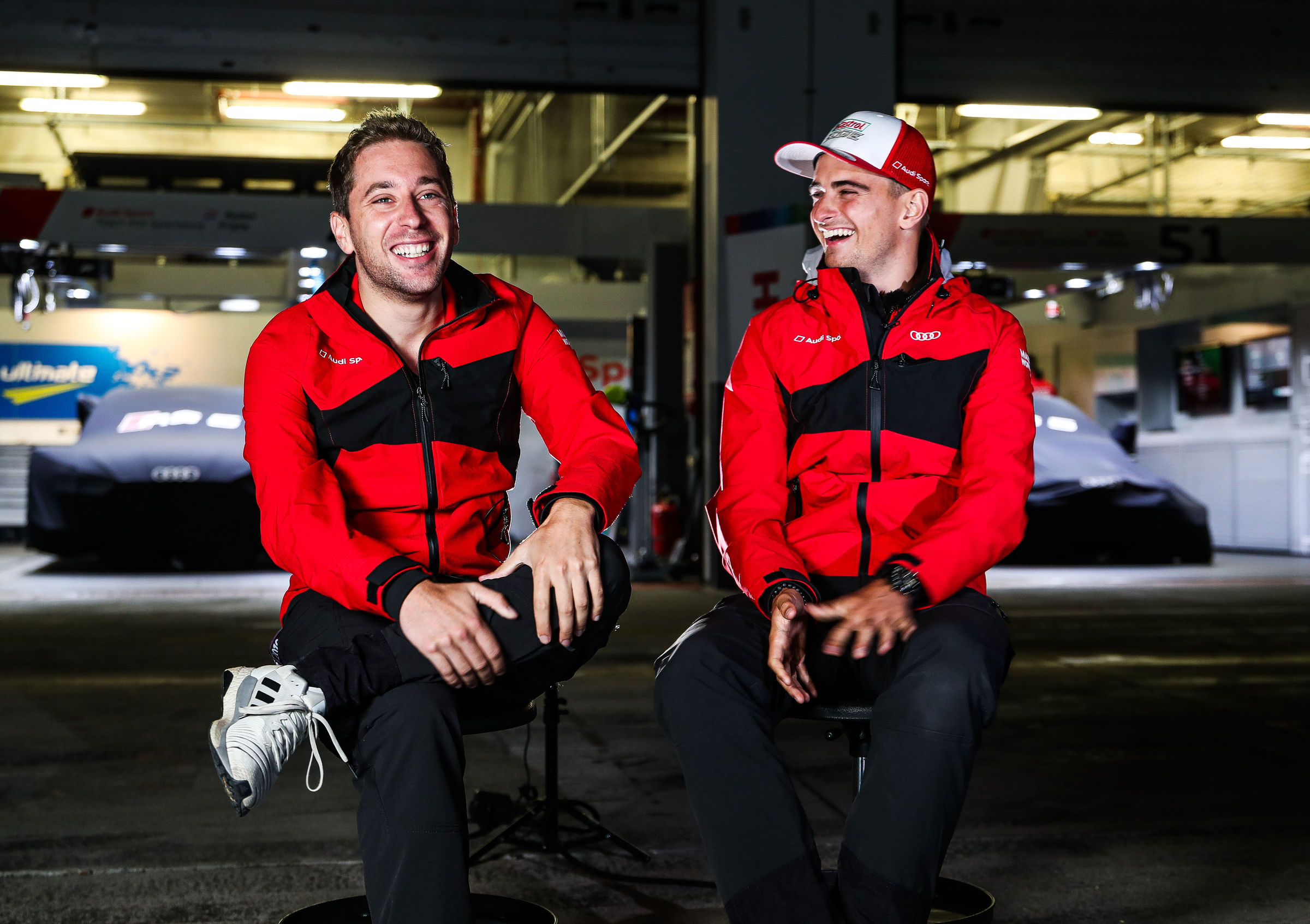 Do you think it is a key aspect of your success that you get along so well?
That is hard to say. It is so much that has to fit together perfectly to be successful. But the atmosphere we have within our team, especially over the last two years, has always been really good. We all work together and try to help each other. It definitely contributes to the success and I think it puts us on a higher level as a team.

You have clinched three out of four pole positions this season, but you have not converted them into your first win in DTM yet. What is still missing for the top step on the podium?
It is a bit strange to see how it is going this year, to be honest. Because, in the past, qualifying has never been my strongest point. I always fought back with good race pace and now it seems to be the complete opposite. We now have been really strong in qualifying, but not quick enough throughout the races. But I don’t think that this is going to be an issue for the entire year. The first two events were rather special. At Spa, everyone had big problems with tire degradation and the Lausitzring is kind of a low grip track, which I have always been struggling with. I think, if we go to the other tracks that suit my driving style more, like Assen or Zolder, I will be good in the long runs and hopefully still good in qualifying. We still have seven race weekends left and I’m optimistic that my first DTM win is very close.

After almost three weeks of racing, you now have a bit of time at home again. How will you try to recover?
I arrived at home on Sunday evening and I’m really happy to be here for the next three days. I always try to get myself disconnected from racing, to recover as well as possible and to enjoy the little things, like seeing my family. And I also try to make up for the hours of sleep that I’ve missed. During race events, everyone has long workdays and short nights. For me, the next nine weeks or so will once again be very busy with no weekends off. That is why I am always trying to get rest whenever I can. 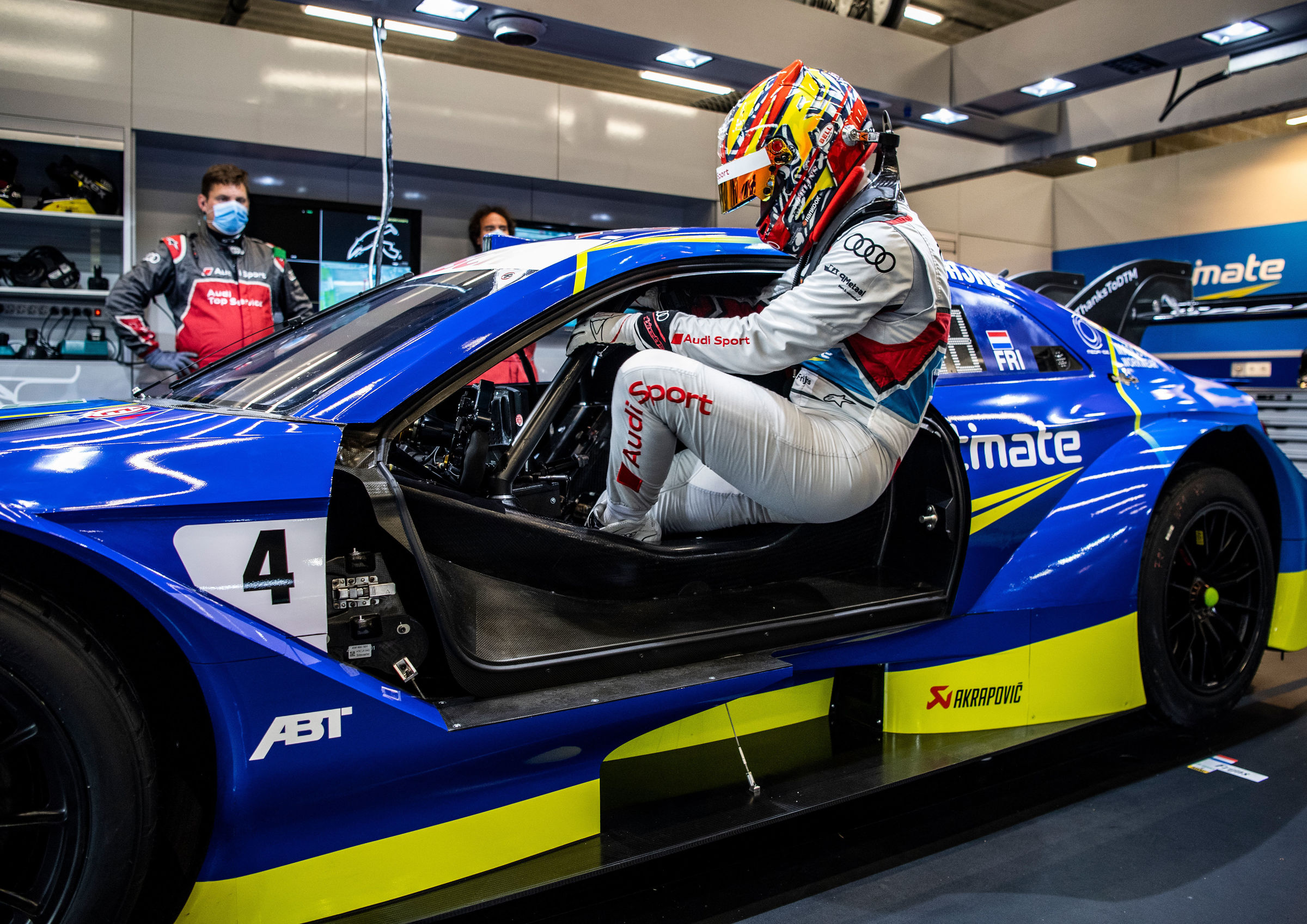 How important is the support of your family and friends during this intensive time?
It helps me a lot. Not only during all of the race weekends, but in general. At the end of the day, I’m just a normal guy who enjoys normal things in life. For example, to have lunch at my favorite restaurant without thinking too much about work all the time. It doesn’t matter if with my family, my friends or with my girlfriend. It is always nice to have them around.

Your girlfriend also works for Abt Sportsline. Does it make you feel less homesick?
I really enjoy also having her close around me at the race tracks, of course, but even though we work for the same team at the same events, we don’t see each other a lot. She has her work, I have mine, and we both focus on our own jobs at the track. It is a completely different environment. In general, I’m really happy with how we are managing our professional and private lives.

During your Facebook Live interview on Audi Sport last Saturday, you talked about charity. What is your motivation to get involved socially?
I am always happy to help when I can, especially when it comes to children. I would also like to have a family one day. The most important thing for parents is to see their children growing up with joy. I’m lucky enough to be able to live the life that I’ve always dreamed of. At the same time, I also know that others are not so lucky. It makes you realize there are things more important in life than racing.

During the interview, you also introduced your loyal travel companion. What’s the story behind it?
A few years ago, the son of a friend of mine fell seriously ill. I tried to help and got involved with the charity called “Groot Hart”, which means “big heart,” for the first time. I knew that he was a racing fan. So, I invited him for a ride at Zandvoort, sitting next to me in a Radical SR3. I just tried to give him a good time. Unfortunately, he passed away six months later. Since then, I’ve always taken the teddy bear that he gave me with me to the race weekends. 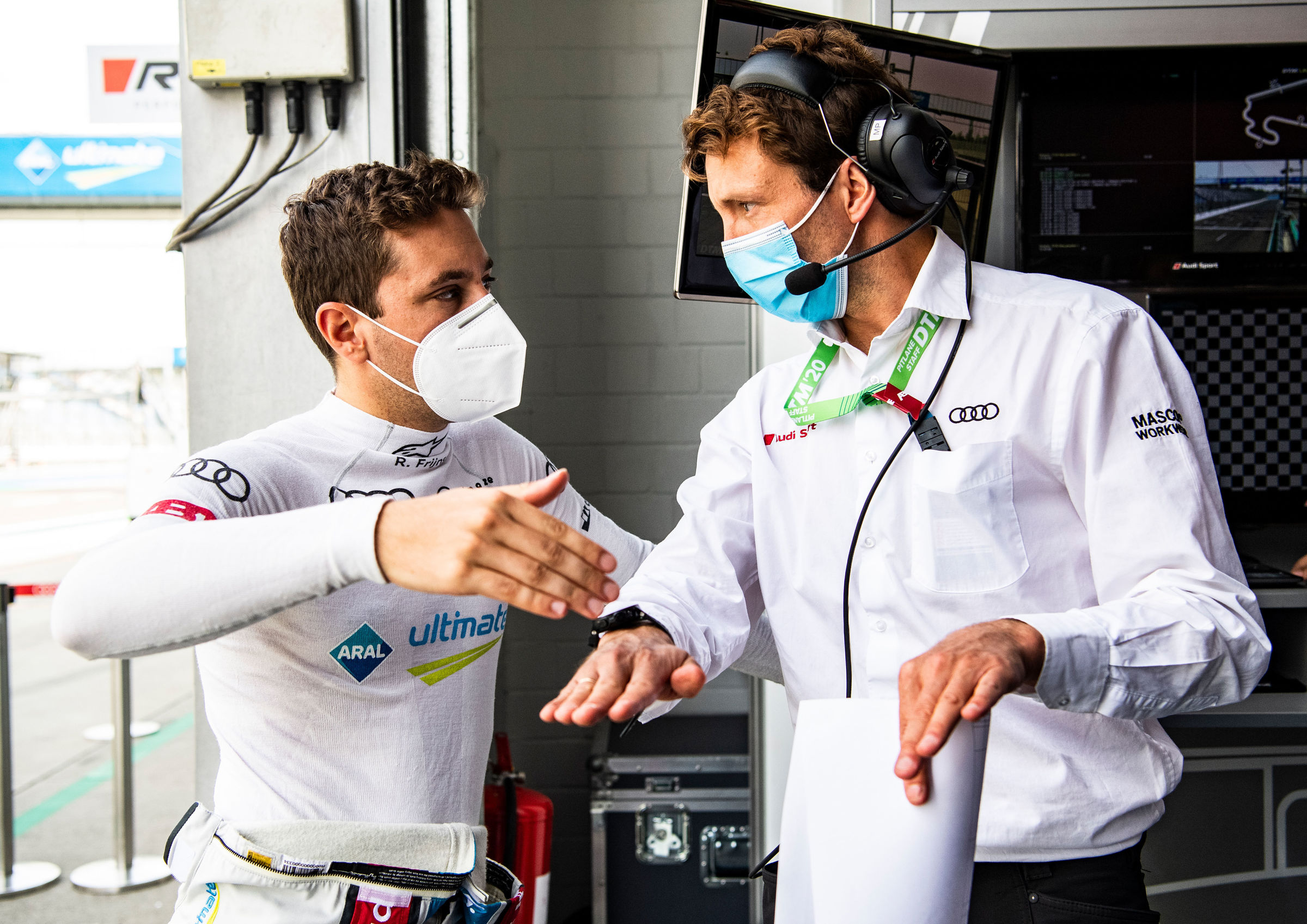 Looking back on the first of two race weekends at the Lausitzring, how do you reflect on the battles with your Audi DTM teammate René Rast during Sunday’s race?
It was hard racing, no question about it. I think it could have turned out easier for both of us. But obviously, we didn’t come up with a common game plan beforehand. I thought that he would let me by again when I was quicker. After the race, the schedule was so tight that we have not had the chance to speak yet. But, maybe, we will find the time before the next race.

This coming weekend, the DTM will race at the longer Lausitzring track layout. How is it different from the sprint circuit?
In terms of the set-up, both tracks are kind of similar. But, we have to improve our long runs, as I mentioned before. In general, the Lausitzring is not my favorite circuit, because it is a low grip track and doesn’t give me a lot of feedback about what is happening to the car. I like the longer layout more, because it offers more overtaking opportunities with two more straights. And turn six is luckily different. On the sprint circuit it is quite bumpy there – which doesn’t suit my driving style very well. Now, with the longer straight after turn five, there is a good overtaking opportunity there. We will also have fewer laps and because of that tire degradation is going to be a bit less. Basically, you are going through fewer corners during the race and the tires have a bit more time to cool down on the straights – if the weather plays along.

What is your goal for the races?
I was quite surprised that we put the car on pole for both races last weekend. Our goal is to be competitive again and to keep on scoring championship points. We already had the chance to win and I think those opportunities will come again throughout the season. Hopefully already next weekend.