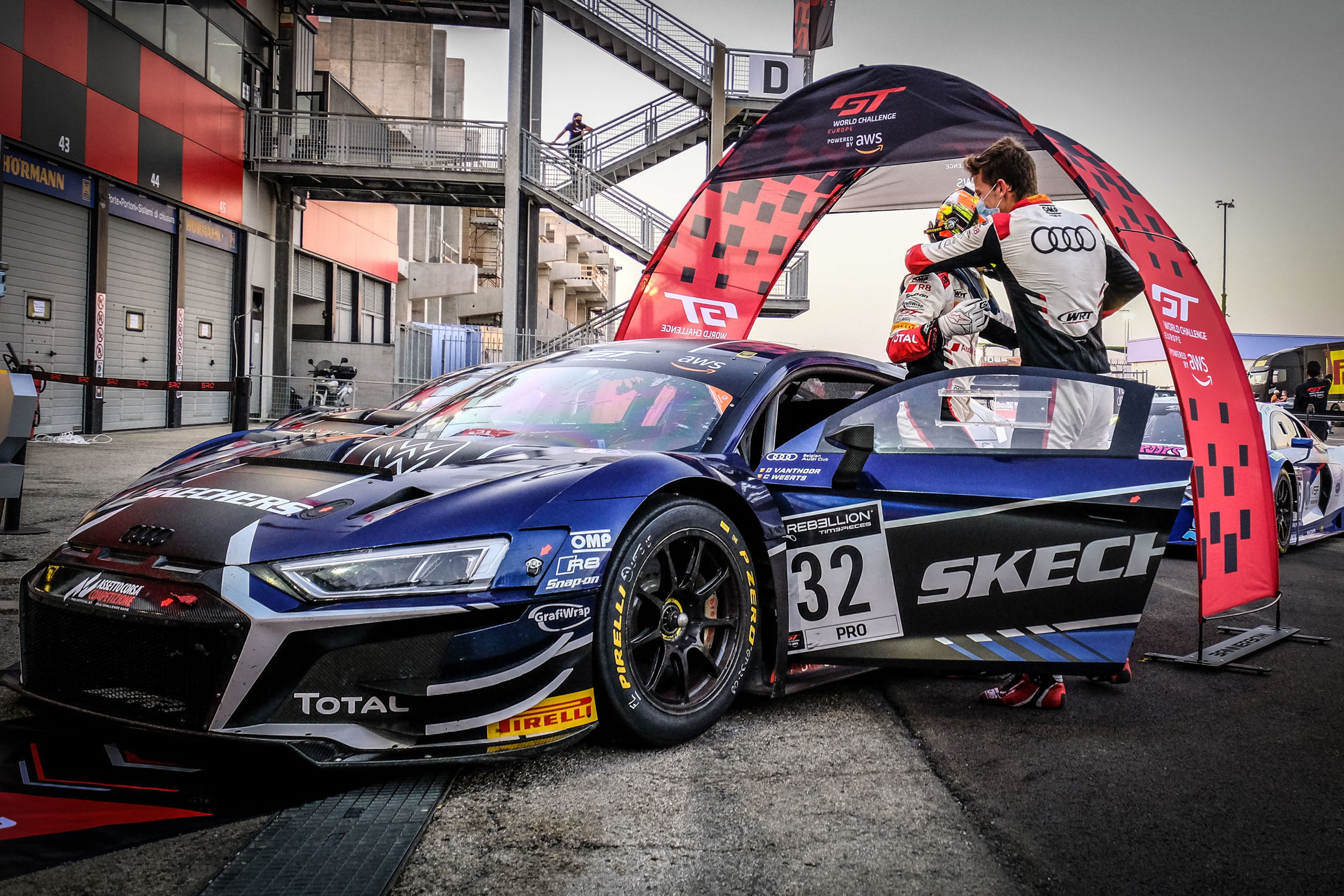 After Audi Sport’s customers had already celebrated four major victories in Europe’s most important GT3 racing series in Germany, Italy and at European level over the past few weeks, two further significant victories in the GT World Challenge Sprint Cup were clinched on the second weekend in August.

Winning season opener at Misano: A one-two, a one-two-three and a total of six podium places – for Audi Sport’s customers, the GT World Challenge Sprint Cup opener could hardly have been better. At Misano the Belgians Charles Weerts and Audi Sport driver Dries Vanthoor won the first race from grid position four in the Audi R8 LMS. Second place went to Audi Sport driver Kelvin van der Linde from South Africa and Japanese Ryuichiro Tomita, their teammates from Belgian Audi Club Team WRT. Both driver combinations made perfect use of a safety car period at the end of the one-hour race to overtake the leading Bentley and celebrate a one-two victory. In the second race Saintéloc Racing, another Audi customer team, collected a trophy. The Frenchman Arthur Rougier in the Audi R8 LMS overtook several competitors and was happy about a podium result with Audi Sport driver Christopher Haase in third place ahead of Weerts/Vanthoor. In the end, a total of six Audi R8 LMS cars were among the top ten of the 21 participants who started. The brand’s three customer teams transformed the third race on the Adriatic coast into a veritable Audi festival. Despite a safety car that brought the field together again in the last ten minutes of the race, Weerts/Vanthoor again prevailed, as in the first race. Saintéloc Racing with Haase/Rougier followed just seven tenths of a second behind the WRT duo after Haase had put his Audi Sport driver colleague Vanthoor under pressure up to the end. Third place went to two young Italian talents in another Audi R8 LMS. The German team Attempto Racing completed the podium with 20-year-old Tommaso Mosca, who had proved his talent in the 2017 Audi Sport TT Cup as third in the standings, and 22-year-old Audi Sport driver Mattia Drudi. Vanthoor/Weerts are now leading the Sprint Series ahead of Haase/Rougier, in the team ranking the Belgian Audi Club Team WRT is ahead of Saintéloc Racing. 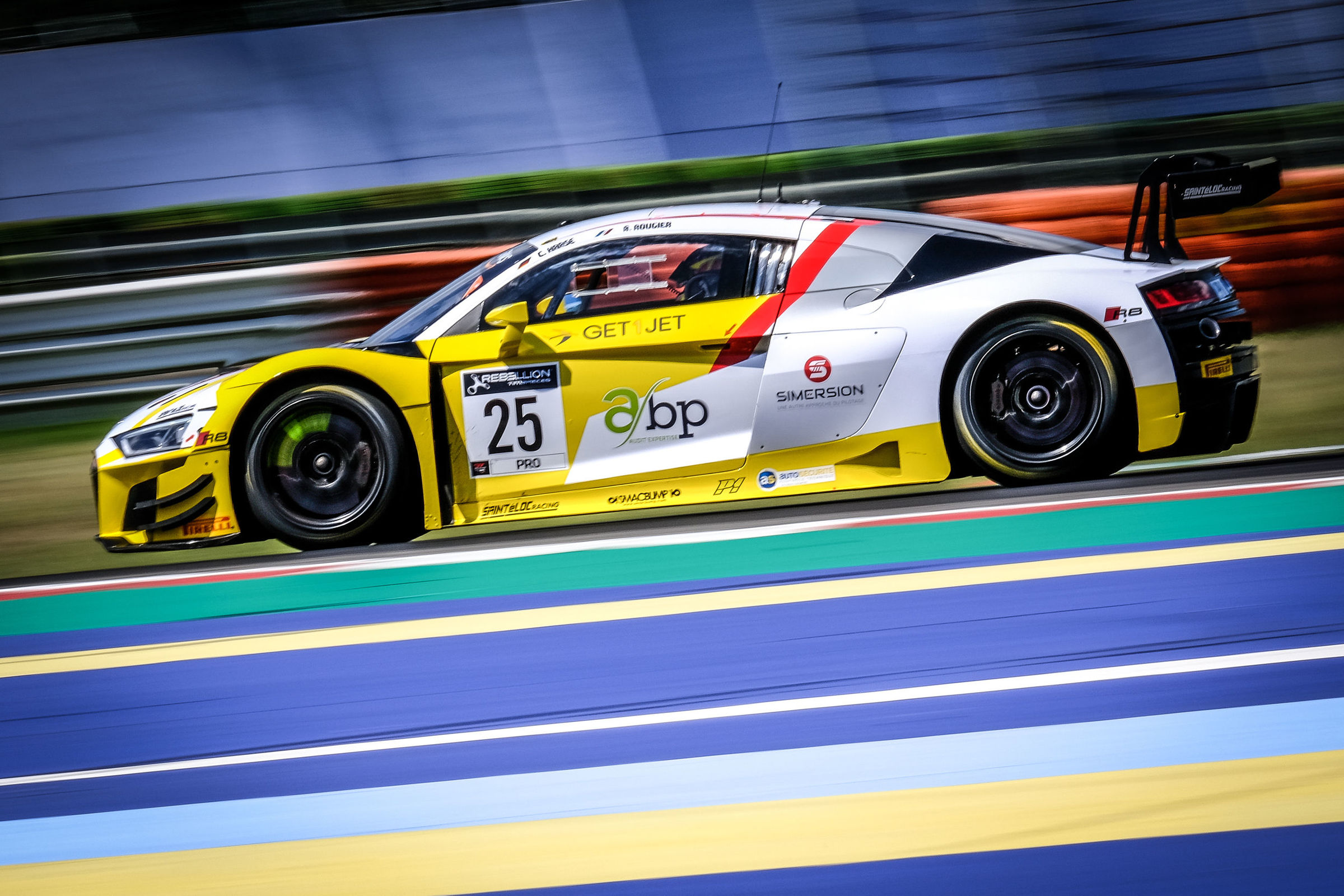 Successes for the Audi R8 LMS ultra in Europe and America: The proven first-generation Audi R8 LMS ultra continues to achieve numerous successes in club racing in the hands of customers. In the south of Sweden, Jan Brunstedt won a total of four races of the SSK Series and the Verktyksboden Modsport Series at the Gelleråsen circuit near Karlskoga. In the French Hillclimb Championship Ronald Garcès finished second in the GT & Tourisme Spéciales class at the season opener at Mont Dore in central France. Jason Daskalos in the Audi R8 LMS ultra beat the entire GT2 competition of the Porsche teams in both races at the second round of the GT Sports Club America at Sonoma in Southern California. At the fourth round of the American Trans Am racing series, Ken Thwaits took eighth place in the overall standings in Road America, taking class victory in the XGT category. Third place in this class went to Josh Hill in another Audi R8 LMS ultra. 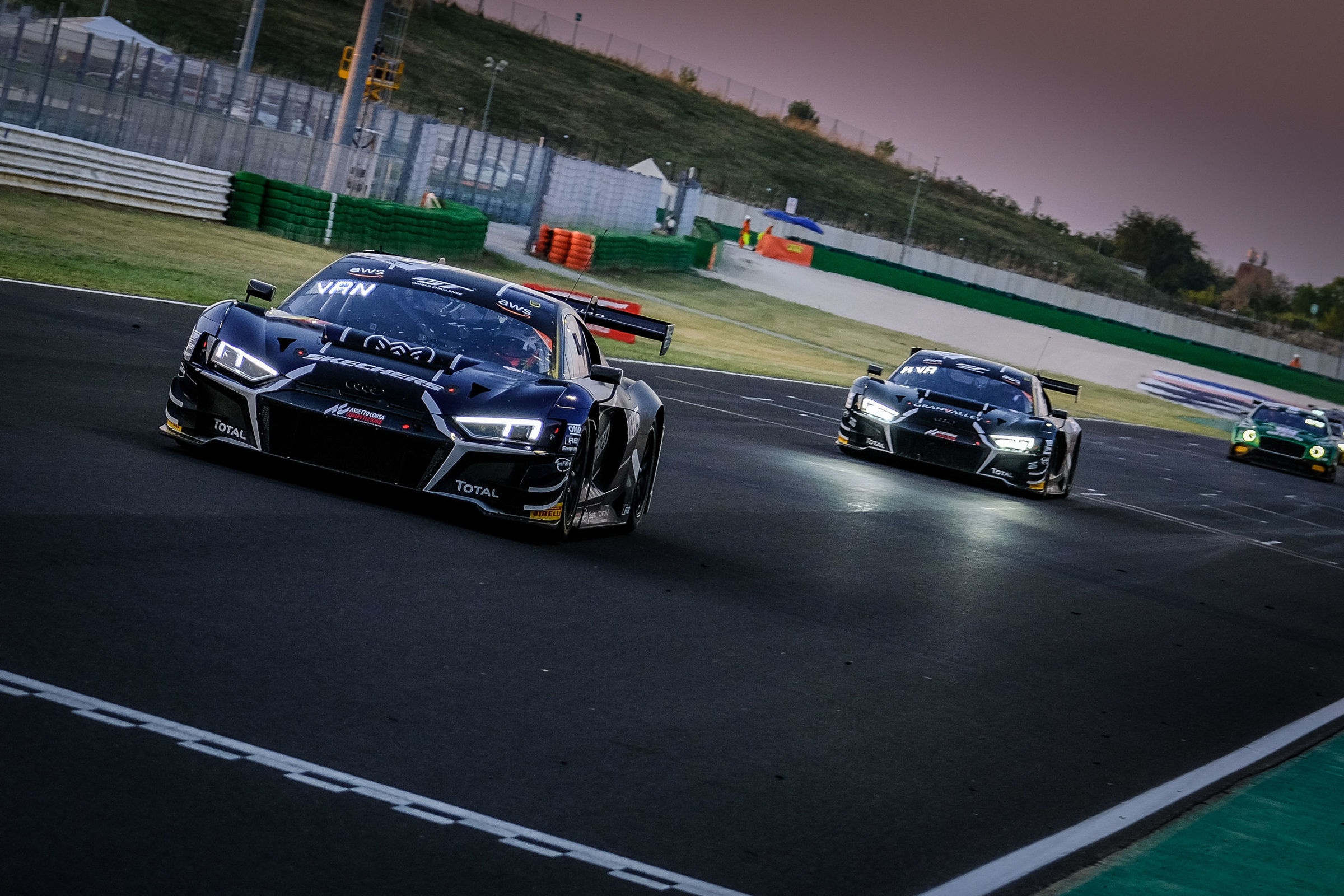 Two class wins in South Africa: The South African racing series Extreme Supercars started its 2020 season at the Zwartkops circuit. Marius Jackson, who has been competing there with the Audi R8 LMS GT4 since last year, won Class C in both races as the only participant and clinched a top-ten overall result in both races as ninth in the first and tenth in the second sprint. 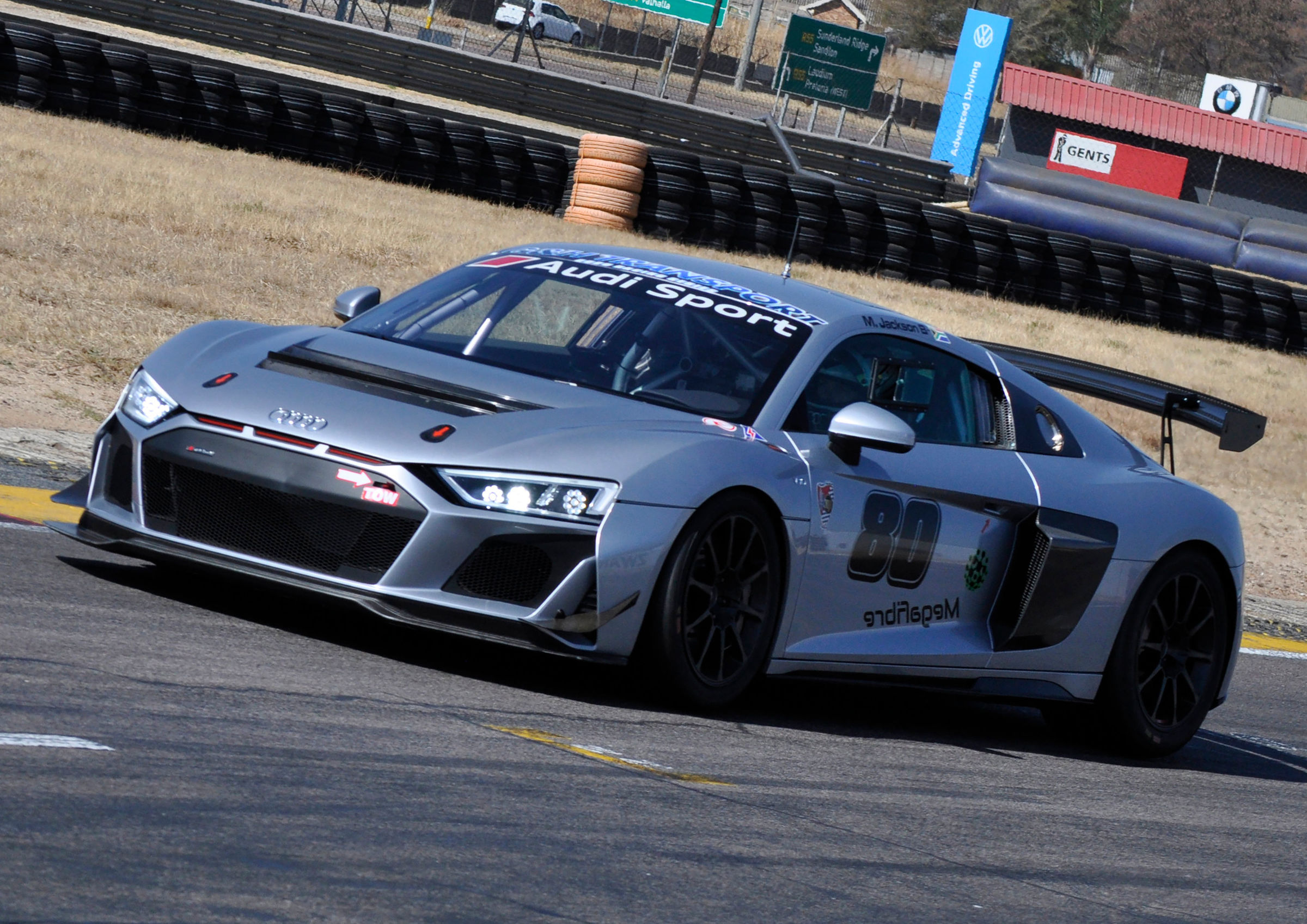 Stunning performance: For Tim Reiter, the new season in the Audi Sport Seyffarth R8 LMS Cup started perfectly. The student from Ostfildern secured pole positions in both qualifying sessions at the Nürburgring. He won the first race by 23 seconds ahead of Tom Spitzenberger. Only half a second behind him followed Mike Hesse, who celebrated his first podium position in Audi’s only one-make cup. In the second sprint Reiter, who again drove the fastest race lap, proved his excellent form with his second victory. But this time, the competition moved closer: Patrick Schneider had to admit defeat by about five seconds as second. The 5,000 fans at the Nürburgring, who were admitted to the Oldtimer Grand Prix every day, also experienced a nice guest start by Frank Biela. The long-standing Audi factory driver, former DTM Champion and five-time Le Mans winner noticeably enjoyed the weekend. The now 56-year-old fromer pro driver had started from second place in Sunday’s race, dropped back to fourth place up to the first corner, had to avoid a competitor who spun and finally finished third. In the standings Tim Reiter is now leading ahead of Patrick Schneider and Tom Spitzenberger. 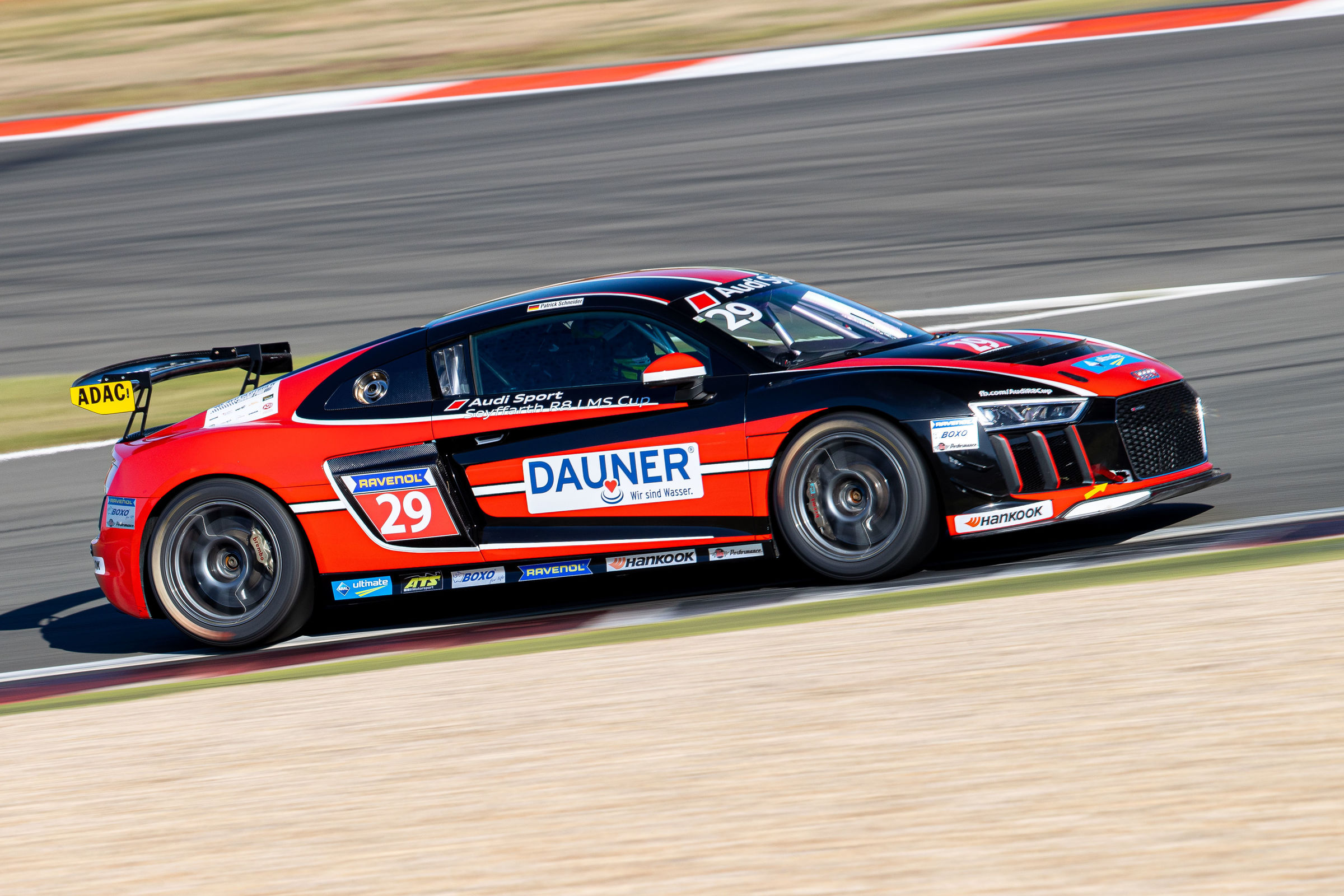 Second place in China: TCR China combined their first two events into one weekend together on the Zhuzhou circuit. Yang Xi in the Audi RS 3 LMS achieved the best result in the third of a total of four individual sprint races. The Chinese privateer from Team Champ Motorsport led the race for a long time and in the end only had to concede defeat by 2.5 seconds to his internationally very experienced compatriot Ma Qinghua. As in the first sprint, Yang Xi won the Am classification. 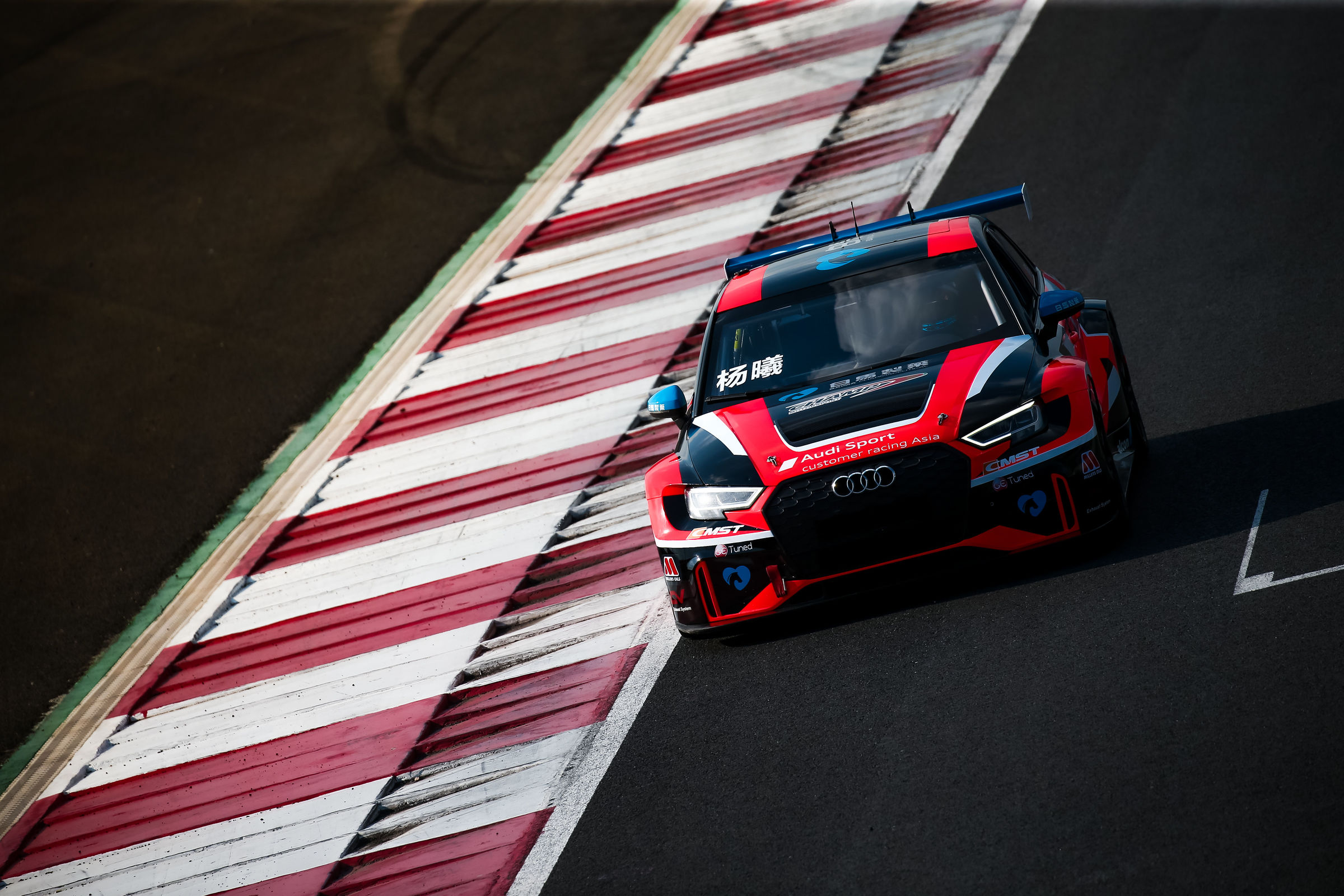 Podium in Italy: In the new TCR DSG Europe endurance racing series for TCR race cars from the Volkswagen Group with dual clutch transmission an Audi privateer duo from Team Italy narrowly missed victory. Ermanno Dionisio/Giacomo Barri had secured the pole position on the Misano circuit. Dionisio initially dropped back a few positions but took the lead again in the mandatory pit stop phase. After handing over his Audi RS 3 LMS to his driver colleague, Barri shone with very good lap times in the fight for victory. However, a drive-through penalty due to a mistake during the pit stop left the two Italians no chance. After two hours of racing, they finished third ahead of two other Audi private teams. 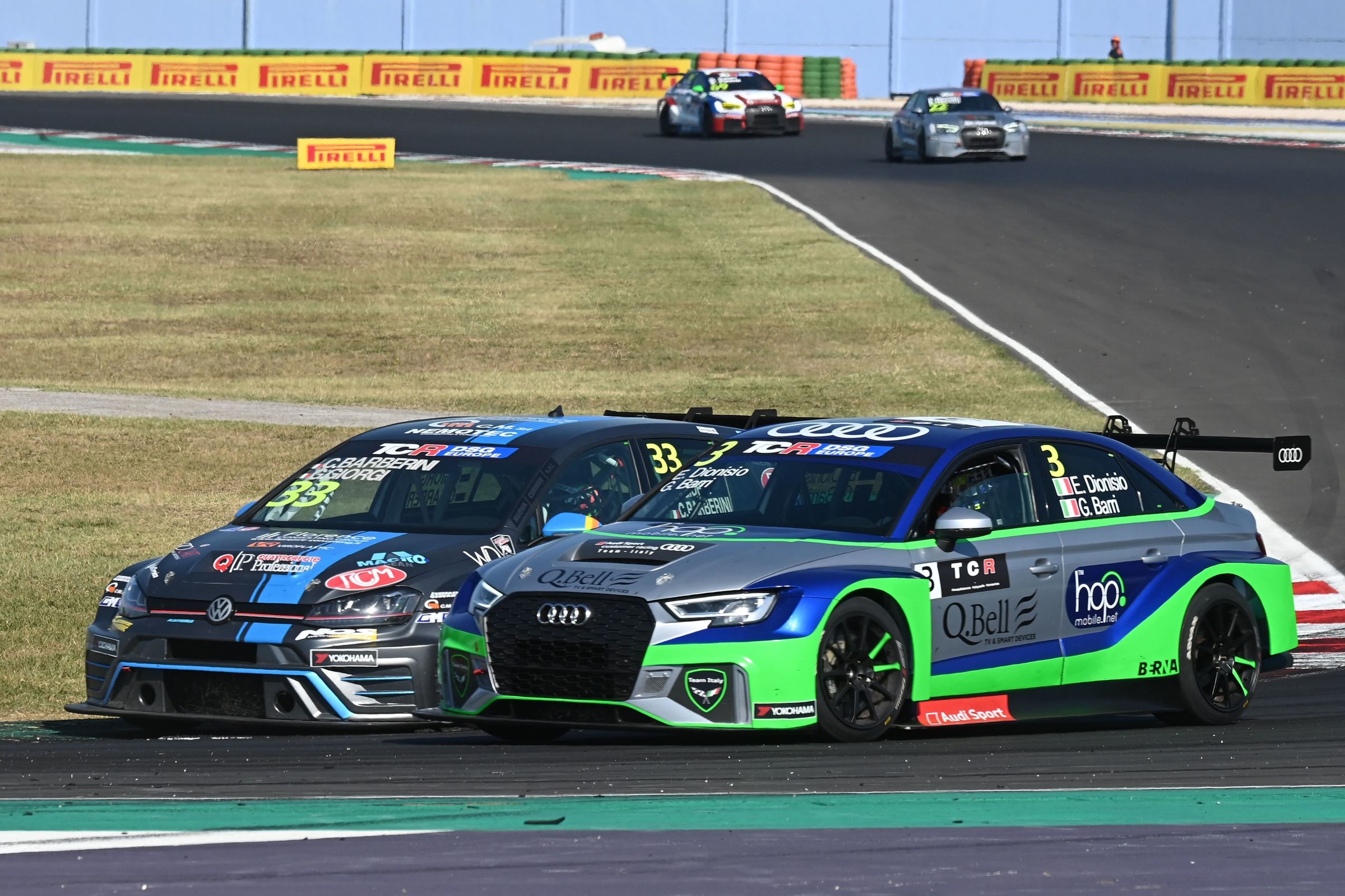 Aleksej Dudukalo remains second in the standings in Russia: On the third race weekend of TCR Russia, Audi privateer Aleksej Dudukalo narrowly missed his second victory of the season. At the Kazanring he led the first sprint for 14 laps and only had to concede defeat to his Russian compatriot Klim Gavrilov on the final lap. After the third of seven events Dudukalo from the Lukoil Racing Team remains the best of four Audi drivers in the championship as the runner-up in the standings. 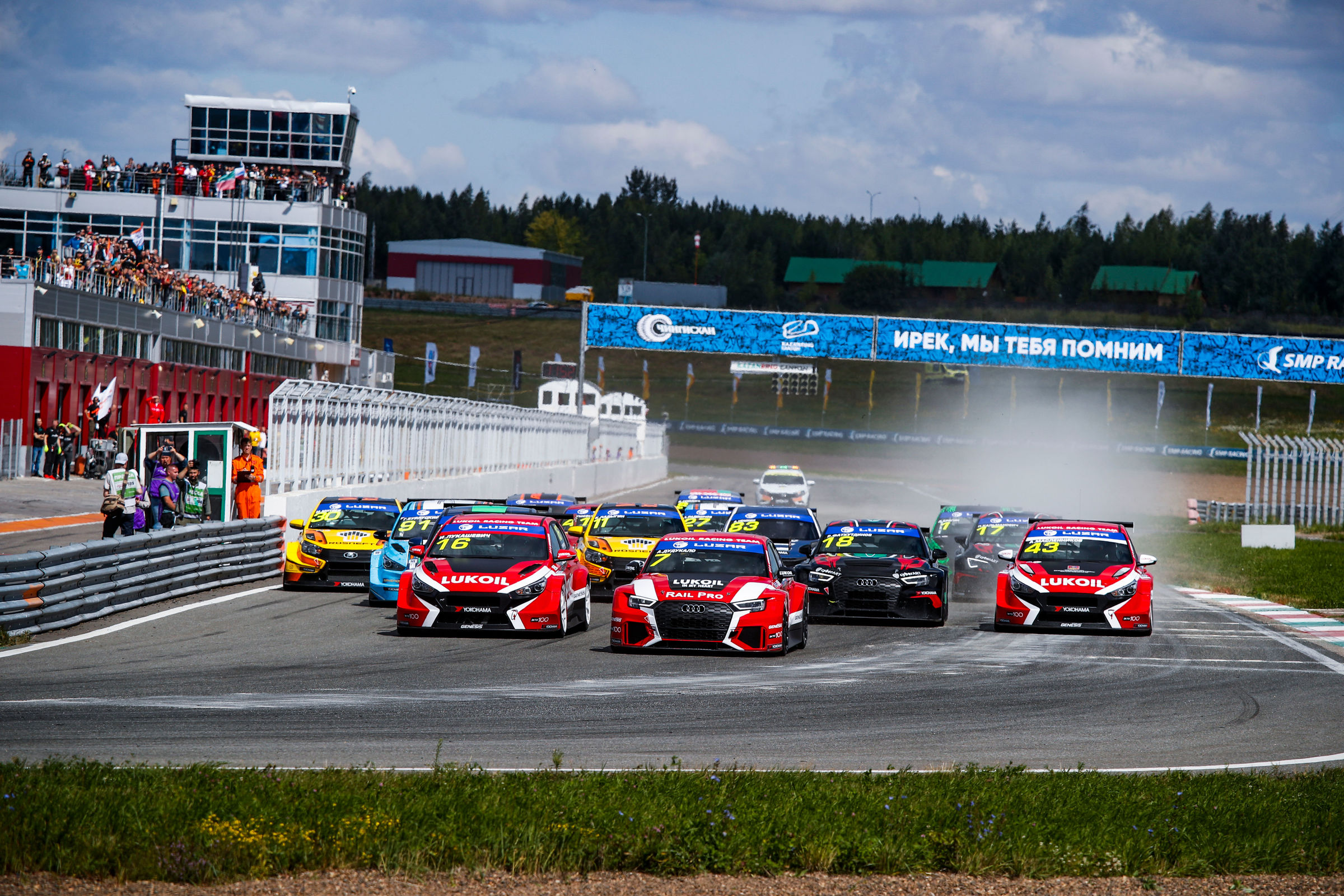 Class win in Belgium: At the season opener of the Belgian Endurance Championship, a racing series for sports prototypes, sports cars and touring cars, the Audi RS 3 LMS clinched a class victory at Zolder. After three hours of racing with Joël Uylebroeck/Peter van Delm/Muth O’Neill, the QSR Racingschool team won the Belcar 5 class in a field of 20 competitors.