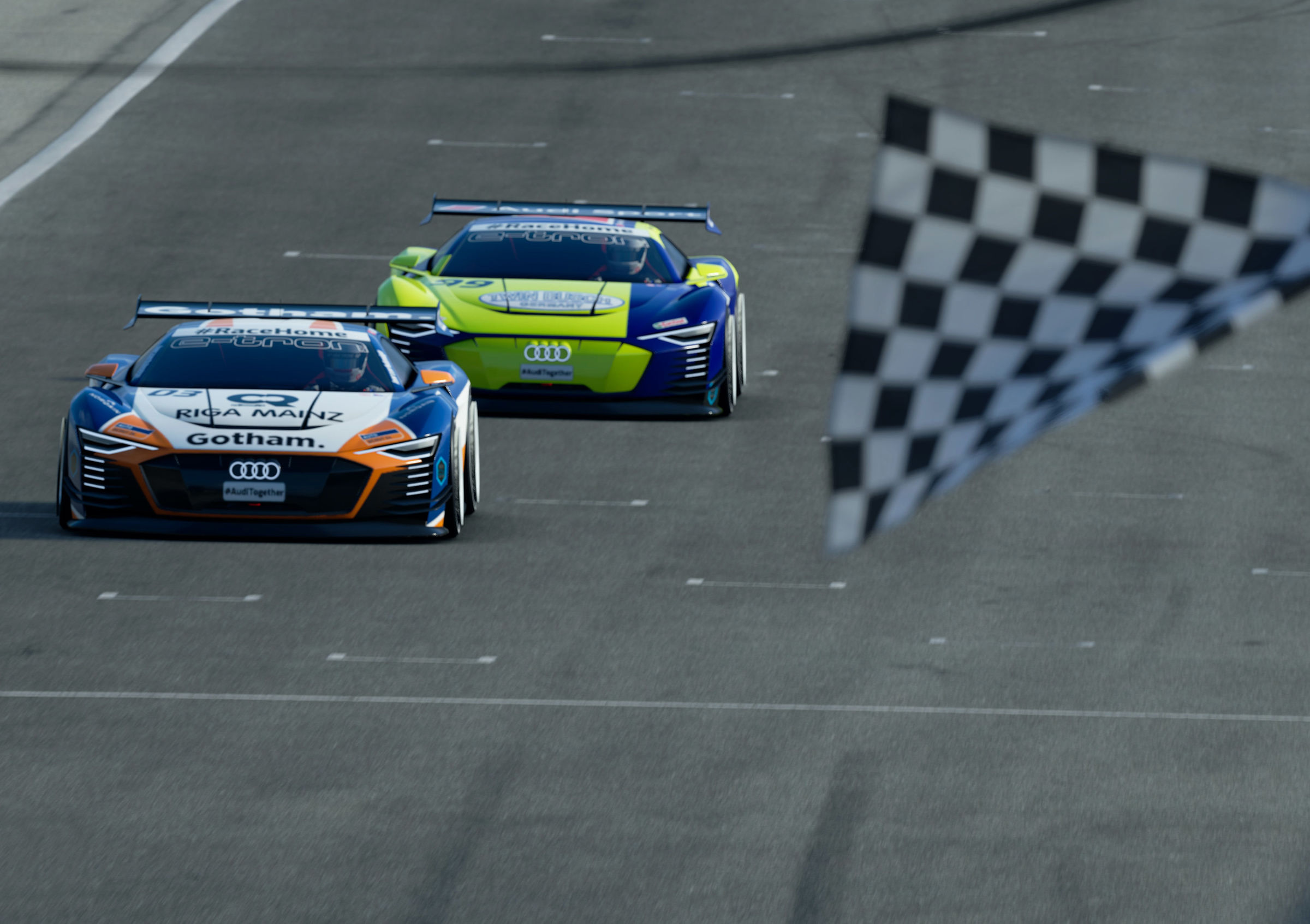 The RCCO #RaceHome charity racing series held its season finale with the largest field of drivers to date. The round’s venue was the virtual race track in Laguna Seca, USA. A total of 23 drivers competed on the 3.6-kilometer circuit and fought close battles with exciting overtaking maneuvers. While Nico Müller had secured the drivers’ title a week earlier, the battle for second place in the championship was still open. Both Robin Frijns and Mike Rockenfeller went into the final round with chances of becoming the runner-up.

Mike Rockenfeller directly qualified for the semi-finals by winning his qualifying group, while Frijns did not get into the semi-final and thus lost the chance of second place in the championship.

Steve Gerber secured victory in the final. The Swiss, who has been a Nico Müller fan for many years, drove an Audi e-tron Vision Gran Turismo designed by Müller. In the super final, Gerber narrowly prevailed against Mike Rockenfeller, who was delighted to finish second overall. The podium in the final was completed by another guest driver, Frenchman Alexis Chambon, who won the #RaceHome season opener at Spa.