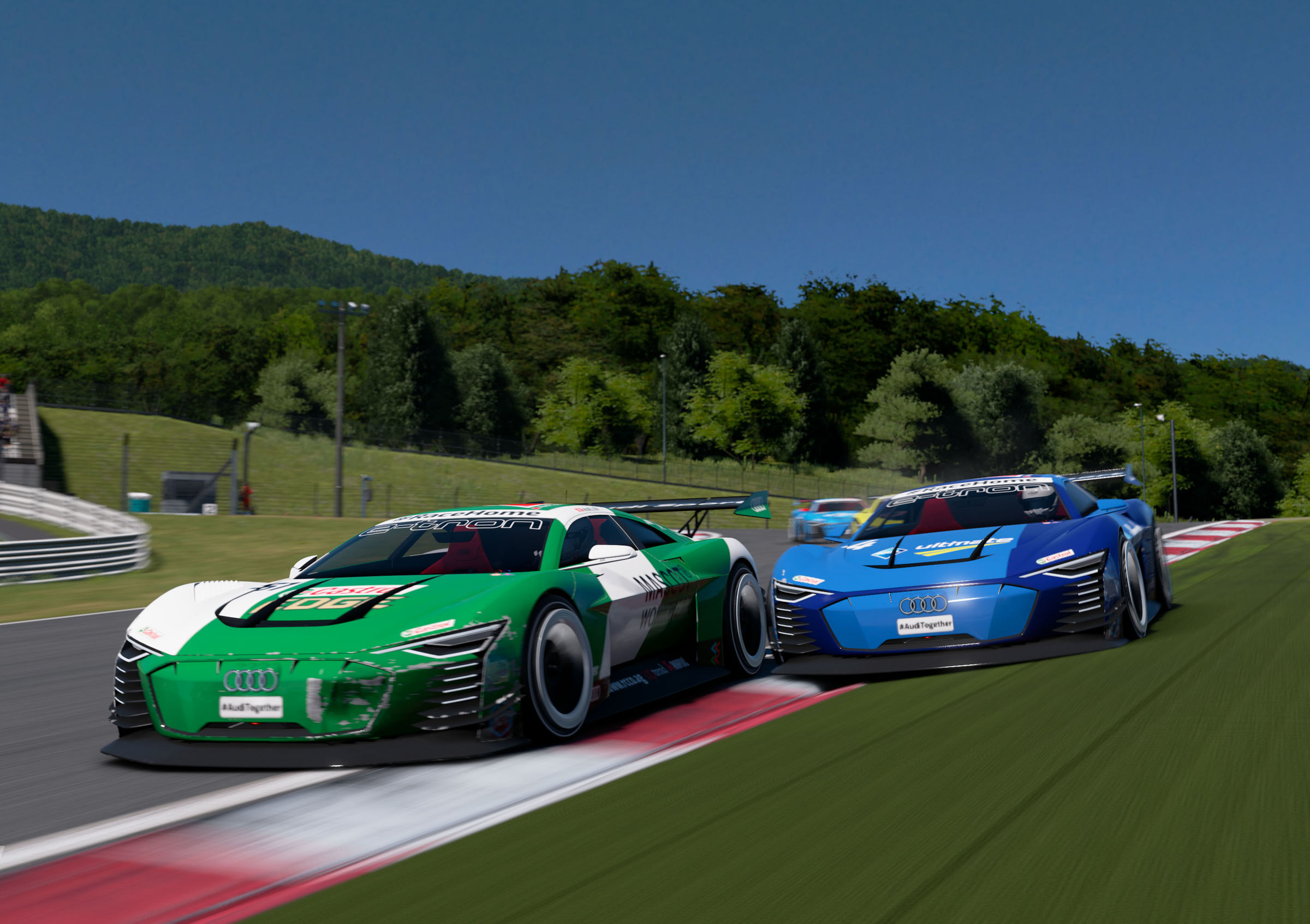 The penultimate sim racing round of the 2020 #RaceHome season was characterized above all by the thrilling duel for the drivers’ title. Only Robin Frijns was in the running to deny an early championship triumph for his teammate Nico Müller in the ninth round on the virtual circuit of Fuji Speedway. The two drivers from Abt Sportsline, the winners of the teams’ title, were separated by 16 points. Unlike Frijns, Müller missed the direct entry into the semi-finals in his qualification round. But, the Swiss withstood the increasing pressure and took the chance in the last qualification sprint race to still secure a spot in the semi-final.

There was an exchange of contact between the two remaining title contenders. Frijns tried all he could to keep as many positions between him and his teammate, while trying to reach the final by finishing in at least second place. Müller did his best to oppose this with his Castrol Edge Audi e-tronVision Gran Turismo. However, on the second lap, the Swiss did not leave enough room for his opponent Frijns at the exit of the first corner in order that he could safely return to the track. Müller received a request from the race director Frank Biela to return his position, but he did not do so and was disqualified. Nevertheless, Frijns finished third and missed the opportunity to score the ten necessary points in the final super finale, which would have kept the title decision open. The battle for the day’s victory was between Audi DTM driver Mike Rockenfeller and guest driver Thomas Poizot, the winner of the design competition. Rockenfeller started from pole position in his long-awaited first #RaceHome final, but he lost the lead immediately after the start. While braking into the Dunlop chicane, Rockenfeller was able to overtake Poizot again, but the Frenchman stayed close behind Rockenfeller and used the slipstream on the long straight to cross the finish line as the winner with an advance of only eleven thousandths of a second.

FE to finish 2019-20 season with six races in nine days at Berlin Tempelhof Formula E: Double DTM champion Rast races for Audi at the grand finale in B...
Scroll to top