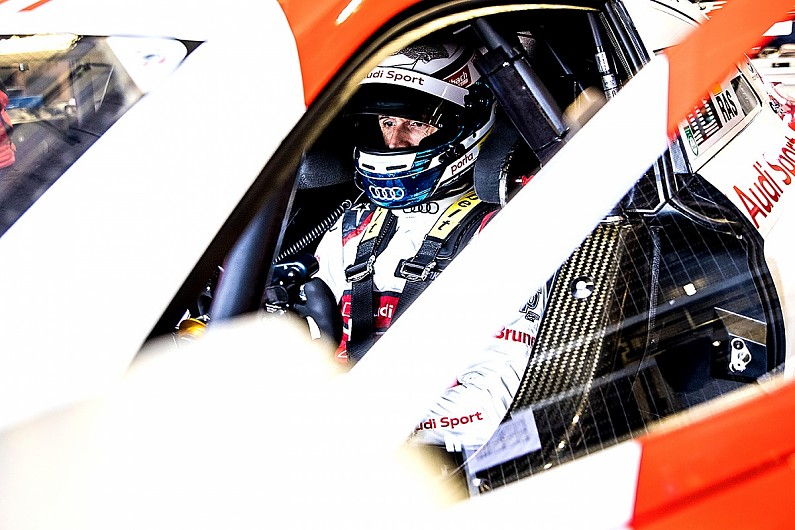 Glock was the first driver to break the 1m20s barrier in the morning session, lapping the former Formula 1 venue in 1m19.636s to grab the top spot early on.

Two-time DTM champion Rast usurped Glock just three minutes later with a 1m19.297s flyer, before improving on his own benchmark to put himself comfortably ahead of the rest.

Although his new fastest lap of 1m19.028s remained unbeaten for the rest of the day, it fell short of WRT Audi driver Ferdinand Habsburg’s chart-topping time of 1m18.911s from Wednesday.

Meanwhile, Glock managed to go faster than his previous lap time later to finish just 0.165s behind Rast, while Jonathan Aberdein made it two BMWs in the top three with a time of 1m19.230s.

Mike Rockenfeller finished 0.258s adrift in fourth, while Audi stablemate Robin Frijns was another tenth behind in fifth.

Nico Muller was sixth quickest for Audi, while Super Formula convert Lucas Auer was classified seventh on his return to the DTM with BMW.

Robert Kubica made further in-roads ahead of his DTM debut at Spa-Francorchamps in August, the ART BMW driver setting a best time of 1m19.493s to finish within half a second of Rast’s pace.

Meanwhile, Harrison Newey made a surprise appearance in the DTM test behind the wheel of a WRT Audi, ending up 0.733s off the pace in ninth.

The British driver was drafted in at the last minute to replace Ed Jones, who is currently stuck in Dubai due to travel restrictions and was unable to travel for the test.

WRT clarified to Autosport earlier that Newey is not in contention for a race seat, with Jones, Habsburg and Fabio Scherer all having valid contracts for the season.

Elsewhere, Loic Duval was 10th quickest for Audi, while Scherer and Habsburg rounded out the runners after sharing a test RS5 between them.

BMW driver Philipp Eng completed six laps of the Nurburgring on Thursday, but failed to set a time.

The mileage count for the day was led by Aberdein with a grand total of 166 laps, but Rast, Glock and Auer also completed over 150 laps each.