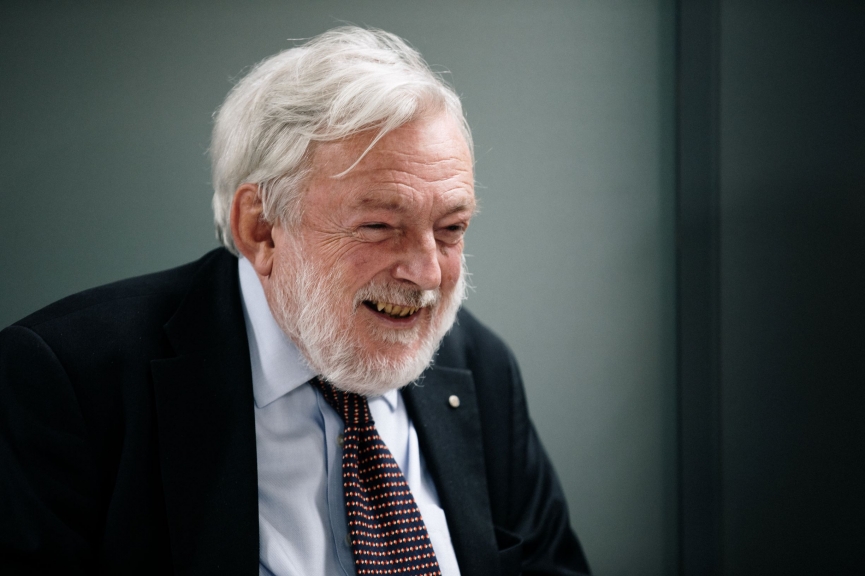 Extreme E, the pioneering electric off-road racing series, is pleased to announce that Professor Peter Wadhams of The University of Cambridge has been appointed as the Head of its Scientific Committee, which will be tasked with driving the series’ climate research and education programme.

Professor Peter Wadhams, of the Department of Applied Mathematics and Theoretical Physics (DAMTP) at The University of Cambridge, and former Director of the Scott Polar Research Institute, is a world-leading authority on sea ice change who has overseen 55 Arctic expeditions during a 50-year career in the field.

Commenting, Professor Wadhams said: “Extreme E is a highly ambitious and exciting project which will use sport, specifically electric racing, to increase attention to remote environments on the front-line of the climate emergency and the challenges facing our planet which we simply cannot ignore.

“I feel very honoured to be playing a key role in a project which has been solely developed to shine a light on the issues affecting the future health of our planet, and to help educate people about the real solutions that we can all adopt.”

Professor Wadhams first aided Extreme E organisers in August 2019, when he advised on the selection of Kangerlussuaq, Greenland as the series’ Arctic race location.

Set to commence in January 2021, Extreme E’s inaugural season will consist of five race events to be staged in remote locations including Greenland, Brazil, Nepal, Saudi Arabia and Senegal, which have already been damaged, or are under threat, by the impacts of climate change.

Extreme E plans to harness the power and influence of sport to raise awareness of the specific issues each environment faces, such as melting ice caps, deforestation, desertification, retreating mountain glaciers and rising sea levels.

“The climate issues Extreme E plans to highlight are all linked to the central issue of global warming and the rapid increase in CO2 levels in the atmosphere, which have reached record, devastating rates, especially over the past decade,” added Professor Wadhams.

“With more than 30 percent of the planet’s emissions coming from transportation, this sector is a huge contributor to atmospheric carbon dioxide levels. It’s a fact that more people watch sport than watch scientific documentaries, so I fully support Extreme E’s platform of using motorsport to showcase electric vehicles and promote their adoption as an impactful solution for our planet’s future health.”

Professor Wadhams is the first of five leading scientists to be appointed who will specialise in a specific race region and its climate issues. Each will advise Extreme E organisers on a range of subjects in each location, including education and research, and will overlook the race’s logistics and impact, including the recommendation of positive legacy programmes which support local needs.

Professor Wadhams will be Extreme E’s Arctic Scientist and has also been appointed as Head of the Scientific Committee. He will link Extreme E’s science and education efforts across the five regions and oversee the research set to take place in the RMS St. Helena’s on-board oceanographic laboratory.

Extreme E acquired the former Royal Mail cargo-passenger vessel specially for the championship. It is currently undergoing a modernisation and refit in order to lower its emissions, before being used to transport the championship’s freight and infrastructure, including vehicles, to each race location – minimising the series’ footprint.

Extreme E Founder and CEO, Alejandro Agag, said: “I am very pleased to officially welcome Professor Wadhams on board as our Arctic Scientist and Head of the Extreme E Scientific Committee. We are truly honoured to have such a respected and knowledgeable mind advising our series.

“The Extreme E Scientific Committee is the vital bedrock of our series as it supports the very reason we designed this championship, to build climate awareness and accelerate the adoption of renewable energy vehicles in the fight to help lower the planet’s CO2 levels.

“Professor Wadhams has been a staunch advocate in the work we are doing here, from the moment he was chosen to advise on our Greenland location selection process. From there, he has continued to guide our scientific direction and I feel very confident he will lead our Scientific Committee with great success.”

The remaining four members of the Extreme E Scientific Committee will be revealed in the coming weeks.